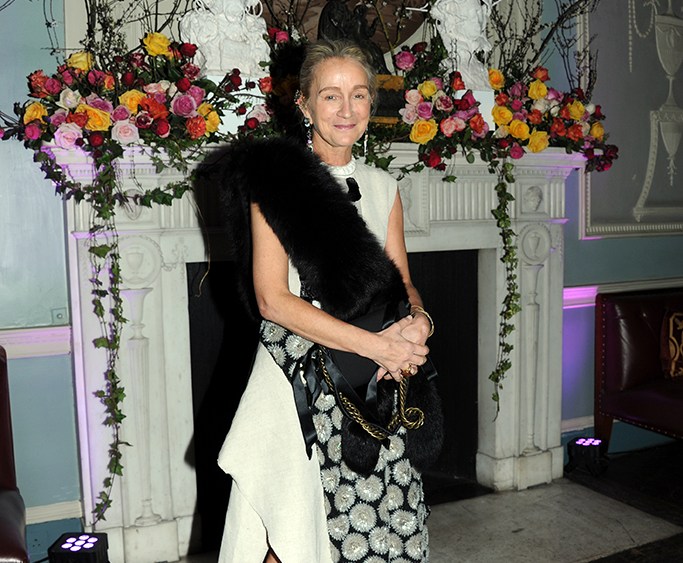 24-HOUR FASHION PEOPLE: For most, it was a quiet weekend, two days’ respite after four weeks of runway shows. Not for London. On Saturday afternoon, Kylie Jenner took to the stage at Westfield London to talk beauty with Maria Hatzistefanis, while on the previous night Alexandra Shulman hosted a party in honor of Lucinda Chambers.

Some 150 Kylie Jenner fans crowded into a cinema at Westfield London to hear a conversation between the new Nip + Fab ambassador, and the brand’s founder, Hatzistefanis.

“When she Instagrammed our products nine months ago, our fans went crazy, so it was a really easy choice for the role of ambassador,” said Hatzistefanis as she introduced Jenner to the crowd.

In addition to plugging Hatzistefanis’ products, Jenner revealed bits of her beauty routine. “Everyone always thinks I have this one specific lip color but I have, like, 10 different nudes. And I can’t live without my strip lashes. For night I usually add a lot of glitter,” she said, adding that her half-sister, Khloe Kardashian, told her always to put sunscreen on her hands.

On the contents of her handbag, she said, “I have so many lip liners. I can’t leave the house without lip liner.” There’s also a Nip + Fab Dragons Blood Fix Serum and a Chapstick.

This was only the teen reality television star’s second visit to London. “I went on the London Eye last night. I’ve never been before so that was cool. It was fun. We went to Nobu after that.”

The previous evening, British Vogue editor Alexandra Shulman hosted a party at Home House to fete the title’s longstanding fashion director, Lucinda Chambers, whose 100th cover for the title is the April issue.

Shulman recalled feeling daunted when she first met the stylist in the early Eighties after joining the magazine. She recalled Chambers as a “sparkling, elfin person in a tutu and some kind of net contraption in her hair.”

She talked about Chambers’ “relentless pursuit of the picture,” recounting a cover shoot with Cheryl Cole, who was coming down with malaria at the time. Chambers told the singer “in a nurturing, but brisk, way to, ‘Pop an aspirin, love.’”