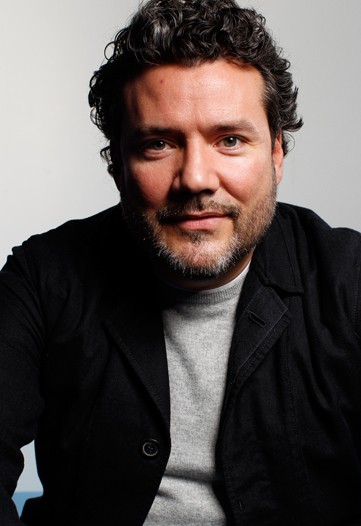 Back in the Eighties, Wilfredo Rosado wore so much jewelry that his former employer Giorgio Armani told him, “You look like Cleopatra.” From that point on, he stopped wearing baubles, but Rosado is now getting back into his old routine — his debut collection of fine jewelry is launching this week.

Rosado’s career, however, is not as he originally intended. He had goals to become, of all things, a gynecologist when kismet set him on a different track. One summer in the early Eighties, during his pre-med studies at New York University, he was working at hip downtown boutique Parachute. While there, he caught the eye of Gabriella Forte, then an Armani exec, who immediately recruited him to work at the designer’s first New York flagship. Happenstance struck again when, on the Armani sales floor, Andy Warhol took a liking to the young New Jersey native. “He walked into the store, said he wanted to see me up close and then just turned and walked away,” Rosado, 45, recalls. “Two days later, he came back and asked me to dinner.” (Needless to say, he never went back to school.)

Dinner happened, at the Odeon in TriBeCa — Warhol drank vodka — and a friendship soon blossomed. Rosado began working at Interview magazine and spent weekends painting canvases at the artist’s factory on 32nd Street. But the Italians were never far from the picture: Rosado took on a side gig for Armani, whipping up trend reports on the New York scene. When Warhol died in 1987, Rosado went back to full-time at Armani, eventually becoming the company’s U.S. fashion director. He left that post in 2007 and was then hired by Versace to spearhead a 2008 project in which contemporary artists created baubles for an auction at the Whitney Gala. That experience, he says, “got my feet wet in the jewelry world and sealed the deal for me.”

His debut collection is made from 18-karat gold by Place Vendôme jewelers; retail prices average $75,000 but reach $1 million for custom designs. The sensibility, Rosado says, is inspired by his experiences at Armani and Warhol, creating a luxe mix of street savvy and the wicked. In his cameo series, the carvings include licking lips and a seminude figure with a gemstone placed strategically over her nipple. For his ebony pieces, Rosado modernizes the traditional Venetian Blackamoor sculptures with a hip-hop slant. “Blackamoor always depicted traditional North African people,” he explains. “[My characters] are wearing tank tops and rope chains.” The pendants also don crowns worn askew “like a homeboy wearing a baseball cap.” Other motifs range from gold fringe cuffs dotted with diamonds to cage-shape rings inspired by a gold molecule’s tetragonal shape.

But perhaps the most exquisite theme revolves around Rosado’s avian story, which riffs on feathered roach clips worn by club girls in the Eighties. Necklaces and cuffs are topped with dramatic splays of real quills from Maison Lemarié, which, with the turn of a screw can be customized, removed or substituted with an additional pavé diamond plate. But any old screwdriver just won’t do: Rosado designed one of his own, elegantly embellished with a feather, to accompany the convertible pieces.