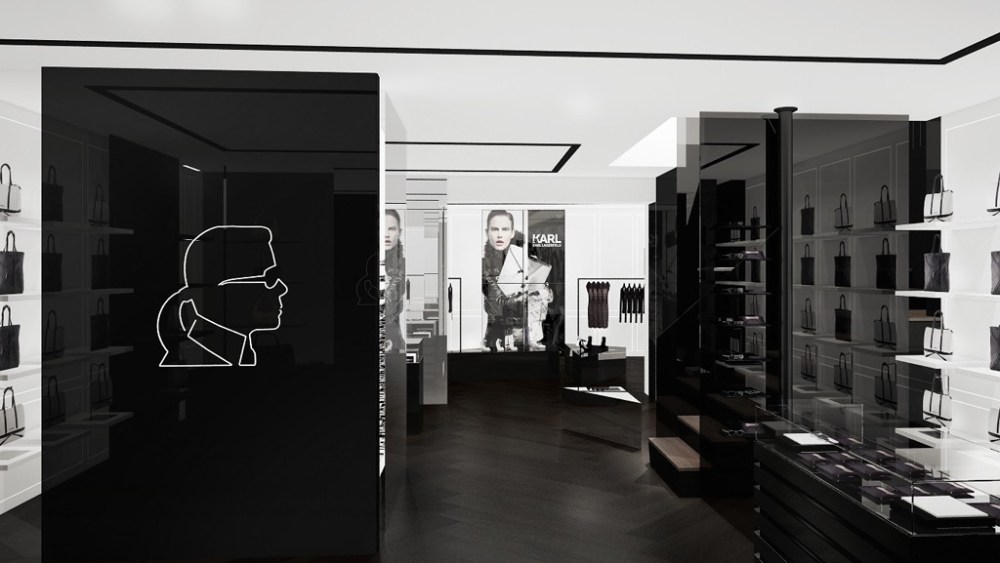 Karl Lagerfeld has a lock on the arty Left Bank, his favorite district of Paris with such legendary haunts as Café de Flore.

Over the weekend, the designer revealed plans to open a new concept store in February at 194 Boulevard Saint-Germain, a stone’s throw from his signature brand’s headquarters on Rue Saint-Guillaume, where the spring Karl Lagerfeld Paris lines for women and men were unveiled.

“For me, the 7th arrondissement is the center of the world. I couldn’t imagine starting with a shop anywhere else,” Lagerfeld said.

The 2,150-square-foot, two-floor boutique is to showcase the “world of Karl,” blending his various fashion labels with objects selected by the multitasking designer, such as photography and design books, watches and sunglasses.

The retail venture is the latest signal of how majority owner Apax Partners is angling to build the Lagerfeld business to a scale matching his towering fashion reputation.

RELATED STORY: Karl.com Gets a Makeover >>

Earlier this year, Apax introduced a masstige range for men and women under the Karl label, and the new premium Karl Lagerfeld Paris collections, produced and distributed under a licensing pact with Italy’s Ittierre SpA.

“The development of a strong retail portfolio is a key element of our strategy,” said Pier Paolo Righi, chief executive officer at Lagerfeld, noting that he would soon disclose further openings.

The decor concept by Lagerfeld is to blend black, white, mirrors and backlit walls as a graphic backdrop for the merch. Accessories and special items are to get pride of place on the main floor, with clothing — including the Lagerfeld men’s line produced by a German licensee — featured on both levels.

The spring Karl Lagerfeld Paris collections, mostly black and white with flashes of silver and pastels, should fit in seamlessly. Best bets for her include a range of cinched shirtdresses in crisp, high-tech fabrics, and an asymmetric kilt. Options for him include trim suits with leather lapels, and glossy, rock-star jeans.