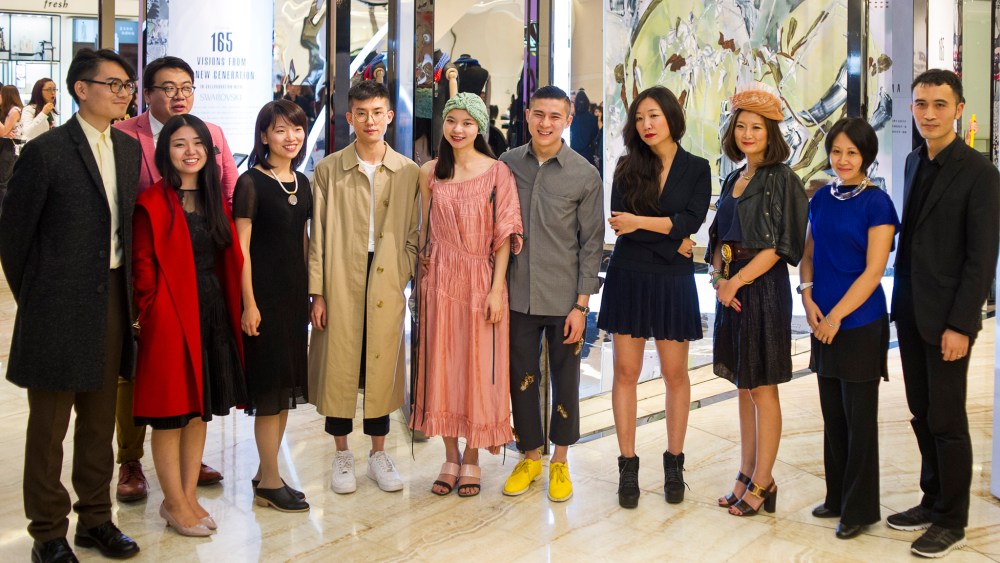 To celebrate its 165th anniversary, the luxury retailer is showcasing work it commissioned from nearly a dozen regional designers and design firms in its Shanghai flagship as part of an exhibition called “Visions From a New Generation.” The exhibit is in partnership with Swarovski, and all work incorporates crystals and gems from the crystal producer.

This marks Lane Crawford’s second collaboration with Swarovski at the flagship. In 2013, the retailer hosted a fashion show with commissioned gowns and accessories incorporating gems and crystals from nine international and regional designers, including Guo Pei, famous for her haute couture collections in China.

In contrast to the 2013 event, this year’s exhibit, which runs until Tuesday, showcases work from young Chinese designers, and is intended to “explore their visions of the future of fashion, art and lifestyle through their own fields of expertise,” according to Lane Crawford. Participants were encouraged to incorporate elements of Chinese and Asian culture into their creations.

Angel Chen, a 24-year-old women’s wear designer from Shenzhen who, after studying fashion in London, launched her own label back in China last year, created a golden gown with fabric made from waxed paper. Clusters of crystals scattered across the gown are meant to imitate acupuncture points used in traditional Chinese medicine.

Gloria Yu, who graduated from The New School’s Parsons School of Design in 2014 and is becoming increasingly known for her elaborate headpieces, created a helmet made of star anise, a spice popular in Asian cuisine. Crystals are interspersed among the seeds, which were painted silver to imitate armor.

Twenty-six-year-old men’s wear and accessories designer Wan Hung Cheung, who is now based in London where he studied fashion, made hand-woven straw boots adorned with crystals. He said the inspiration for his design comes from the boots soldiers wore during the 1934 Long March, a historic event in which Communist soldiers trekked 6,000 miles during their battle to take the Nationalists out of power.

Wan, whose main clientele is in Europe, said the exhibit will help raise his profile back in China, a market where he has relatively little exposure and experience.

“The industry right now is running very fast,” he said. “Being a new designer, I don’t have a lot of financial support. For a Chinese designer to have this opportunity is really helpful.”