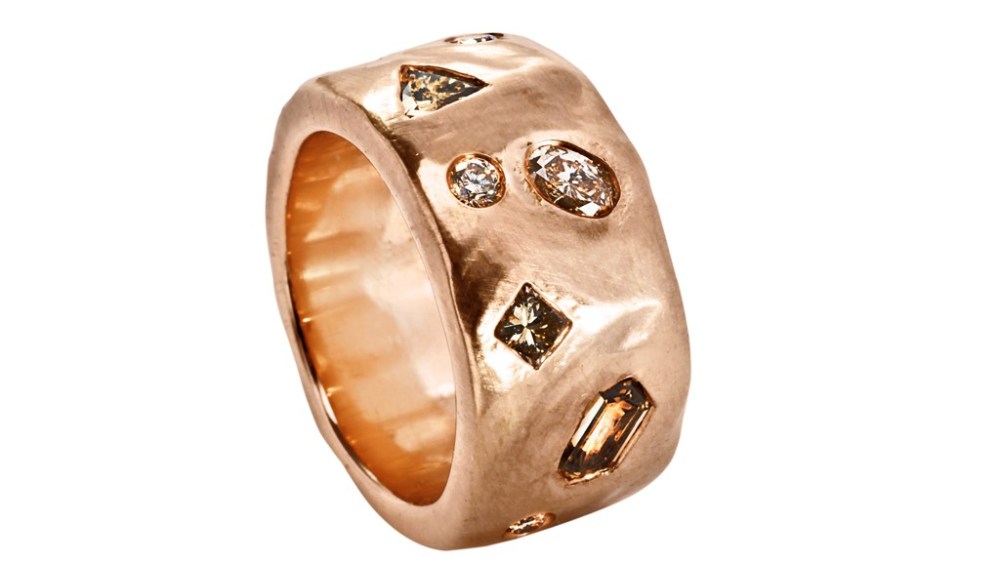 The store will showcase Jackson’s jewelry collection of modern, edgy crosses in various shapes and sizes. Jackson uses rose gold, white gold and mother of pearl for the crosses and embellishes them with white and Champagne diamonds, from tiny micro-pavé stones to large shards.

Jackson’s interest in crosses began as an homage to her brother, who died five years ago. “He was insanely handsome and stylish and always wore crosses,” she said. “I’ve been collecting crosses myself ever since that day. All of mine were costume jewelry. I realized there were no gemstone crosses in the market that were cool enough.”

Jackson hired Ward Kelvin, who has worked for Tiffany, David Yurman and Ralph Lauren, to help her design the collection.

The jewelry is made in New York by craftsmen. “There’s the sense that all of these things are hand made,” Jackson said. “That’s very important to me. It’s the mix of organic and modern.” The jewelry is divided into five groups including Mosaic, which features rose gold with burnished fancy-cut Champagne diamonds, and Pure, white gold designs with clean, architectural lines.

The layering of the crosses is an important aspect of the brand. “Lisa is never caught wearing less than three crosses,” said Van Dang. “Five to seven is the norm. It doesn’t look over the top. It’s very refined. The clientele at trunk shows have responded to the way she wears it. Nobody has purchased just one.”

Jackson will also sell a line of accessories of her own design such as alligator clutches with fine jewelry clasps and fur collars and scarves. “All of those are staples in my own wardrobe,” she said. “I basically am seeing the store as a wonderful home for everything I believe in. I’ll have home accessories. Somebody in Brooklyn is doing hand-blown glasses for me and we have a candle in the works. It’s all to complement the fine jewelry.”

Jackson is going on the trade show circuit. The line was previewed at JCK Luxury Privé and “most likely we’ll go to the Centurion show in Scottsdale [Ariz.],” she said.

“We have a major retail partner that we’re very close to coming to a deal with,” Jackson said, declining to provide details. “We have stores in Miami, Nantucket and Aspen” that want to carry the brand. “In the fall, we’ll open in six to eight independent jewelry boutiques and a handful of stores with a major retail partner. We see having our own presence in key markets where it makes sense. We’re looking at the first of several stores.”