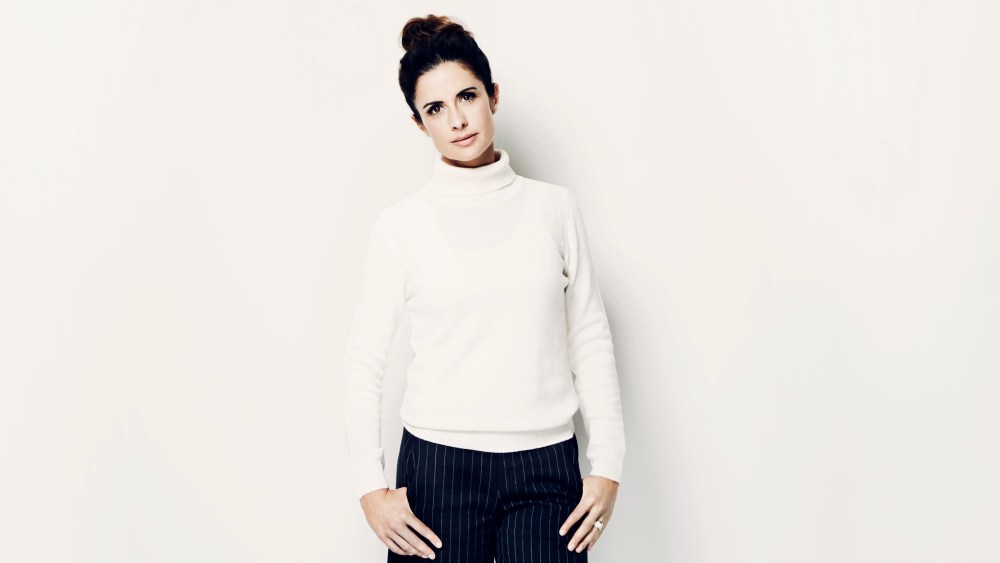 GREEN MARKS: Fashion eco-campaigner Livia Firth is leaping out of luxury — and on to the high street — via a new project with Marks and Spencer that will launch this week, WWD has learned.

Firth, who is best known for working with high-end designers and luxury brands in her quest to promote sustainable, environmentally friendly fashion, will on Oct. 8 unveil an edit of her top picks from the M&S shop floor.

The Livia Firth Edit will feature 25 pieces of clothing, already available at M&S. They are made from sustainably sourced wool, leather and suede from eco-tanneries, and cotton created according to BCI, or Better Cotton Initiative, standards.

The edit, featuring dresses, culottes, jeans and outerwear, will have its own corner at 13 M&S stores around the U.K., and a dedicated space on the retailer’s Web site. The items are also available at more than 250 M&S stores that sell clothing.

Each item from the edit will have a swing ticket with a quote from Firth about why she picked it.

Firth, founder of Green Carpet Challenge and creative director of Eco-Age, the brand consultancy that focuses on sustainability, also appears in the brand campaign wearing some of the looks.

“We have always occupied a luxury space, but we want to give an alternative on the high street, and finally be able to say there is a sustainable and ethical option there,” said Firth during an interview in London. “We want to say that if you cannot afford luxury — please don’t buy fast fashion.”

Firth, who has worked with a variety of high-end labels including Erdem, Sergio Rossi, Stella McCartney on her green initiatives, said she wanted to team with M&S because of its unusual environmental and ethical credentials.

In 2007, M&S launched Plan A, a program aimed at responsible sourcing, reducing waste and helping communities. The store has since made its U.K. business carbon neutral, and is now aiming to become the most sustainable retailer worldwide.

“The work they are doing is unheard of on the high street. In Bangladesh, they created a fire safety standard five years before Rana Plaza happened, and when they work with sub-contractors they expect those factories to have the exact same standards.”

The Livia Firth Edit will appear twice a year, for fall and spring, and Firth said she’d ideally like to extend it to men’s and children’s wear, home and beauty. “Eventually it would be nice to replicate my daily life. So as a mum, I buy for the kids,” she said.

Last month, Firth said in a separate interview that she’s out to crush fast fashion.

“Today, there has been this complete paradigm shift and fast fashion has destroyed everything that we knew. In the name of democratizing, fashion has made a mess, with an impact both on slavery and on environmental dysfunction beyond our imagination. Unfortunately because fast fashion is a very clever machine, today the consumer thinks it’s their right to buy it.”