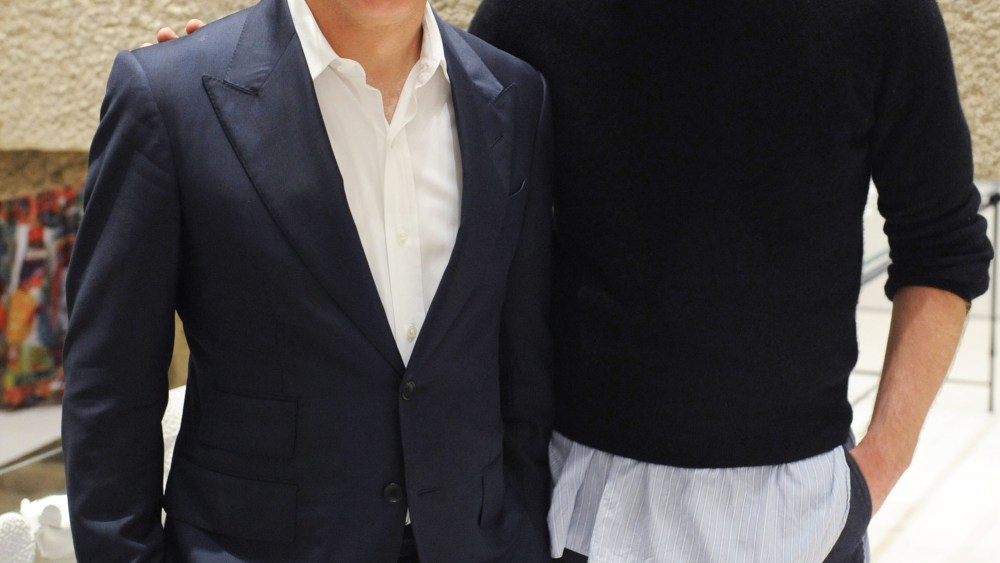 The Miami Design District resurrected Fashion’s Night Out of sorts on Wednesday, with retailers rolling out the red carpet for party-hoppers who need little excuse for a Champagne-soaked store soiree, let alone Art Basel. Loewe started on the earlier side for “Chance Encounters,” an exhibit curated by creative director Jonathan Anderson for its namesake foundation. The Basel newbie said it wasn’t a coincidence that three of its four Britain-based artists worked with tactile mediums, whether alabaster or ceramics.

“Craft is modern, and it’s important to put a benchmark on it. I wanted to highlight people who inspire me as an open, transparent mood board in a way,” said Anderson, who has visited Miami five times this year. “I’m becoming a regular. Miami will always have a special meaning for me since it’s where I designed my first store.”

Anderson, who collects Magali Reus’ work, managed to snag a snippet of the art scene at co-hosts Don and Mera Rubell’s collection, but fair-wise, there wouldn’t be any new acquisitions this round.

“I can only make a purchase every so often,” he said. “I’m sure we’ll have a few drinks tonight at a pub or back at the megarelaxing Standard.”

En route on Paseo Ponti, Laure Hériard Dubreuil wore all Loewe save for her Pierre Hardy shoes. Despite hosting nonstop events at her original Webster location, she squeezed in time for art, as well as her toddler Marcel’s first Miami vacation.

“He loves the beach. I’ve also been taking pictures of him peeking between bags at the store and sending them to their designers,” she said.

Meanwhile at Louis Vuitton, each floor was packed with guests like Nadja Swarovski, Alegria Beracasa, Luis Garcia-Fanjul, Andres Fanjul, Miami Beach Mayor Philip Levine and newlyweds Craig Robins and Jackie Soffer for its exhibit “Objets Nomades.” Only drag queen Elaine Lancaster, a vestige of the neighborhood’s pre-gentrification days in a white lace bodysuit with a rhinestone brooch strategically placed over the family jewels, towered above her pal Marcel Wanders, one of the collaboration’s 10 international designers.

Patricia Urquiola, whose swing chair hung in an indoor jungle vignette, sipped Ruinart on the humid rooftop terrace. No stranger to Miami, she comes often to visit her sister and for projects ranging from Juvia, the restaurant atop the 1111 Building, to her most recent commission, a residential high-rise for Related Group.

“I went to the fair, but don’t collect art because everything in my house gets destroyed to create a prototype,” she said, before heading to the nearby dinner for the 2015 Design Miami Design Visionary Award presented by Panerai.

The year-old Giorgio Armani store waited for Basel to celebrate its grand opening, which coincided with the publication of the book “Giorgio Armani” by Rizzoli New York. The designer himself edited its 400-plus lifestyle and career images with plans to donate all royalties to UNICEF.

Fendi skipped its annual Tuesday Basel dinner on the beach for a bash at its new boutique on the mainland. Attendees including Hériard Dubreuil, producer and DJ Arthur Baker, Miami gallerist David Castillo and local retail real estate developer Michael Comras didn’t seem to notice that host Silvia Venturini Fendi missed her own shindig due to a delayed flight from London. They were too busy dancing to Solange Knowles’ set of classics like “Oh Sheila” and “Take Your Time (Do It Right).” Cozy in a pale pink shearling dress, heels and watch, she resembled a posh Powerpuff Girl. Though Knowles has attended Basel for eight years, this trip marked a bigger commitment than her typical DJ engagements.

“I hate to use the word ‘curated,’ but it’s the first time I’ve curated an installation from top to bottom,” she said of her pending event with Jack Shainman Gallery at the Surfcomber hotel on Friday. “They represent all my absolute favorite artists, so the right fit finally came along.”