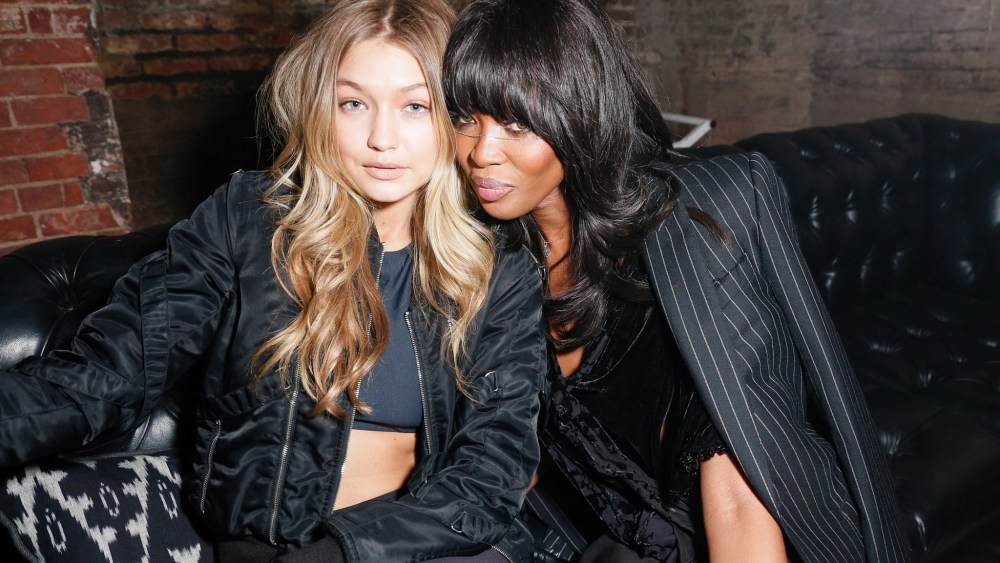 First the fashion flock left the comforts of Manhattan for Brooklyn — is the Bronx next? On Thursday night, all signs seemed to point yes (or north), as an eclectic crowd including Adrien Brody, Baz Luhrmann, Carmelo Anthony, Dustin Yellin, Kate Foley, Max Osterweis and many others gathered at a waterfront abandoned piano factory for “Macabre Suite,” a party thrown by 26 year-old painter Lucien Smith, art dealer Jeanne Greenberg-Rohatyn and private equity mogul Keith Rubenstein (who owns the warehouse).

“This is the highest model-per-capita event in the past 18 months,” observed a partygoer (he must’ve not included fashion week), and indeed it was quite the leggy crowd. Joining the art world was Naomi Campbell, Gigi Hadid, Kendall Jenner, Hailey Baldwin, Hanne Gaby Odiele, Jacquelyn Jablonski, Andrej Pejić and Hari Nef, who was accompanied to Smith’s exhibit and a late-night performance by Travis Scott (sadly without girlfriend Rihanna).

Huddled around the VIP bar was Brody — “Interview? No, no.” — and Jenner, who swatted away cameras as she danced with a gaggle of friends.

Though the party was assuredly not Halloween-themed, it was hard not to think of the upcoming holiday given the inspiration was the medieval “danse macabre” — or “dance of death.”

“The entire night was curated by Lucien. Each painting relates to some kind of macabre suite, so it’s all thematically based,” explained Greenberg-Rohatyn, who met Smith when he was still a student at the Cooper Union. “Most of them have to do with some kind of still-life death story.”

Smith was busy challenging any passerby, including model Camille Rowe, to attempt to lift a framed piece off the wall (which, of course, were bolted down.) “This night is all about ‘let’s bring all sorts of people in New York to one place’ and making something they remember rather than like, going to a club,” he said. “No one remembers going to a club.”

“I love coming up to something new,” said Brian Atwood, who is throwing a Halloween party over the weekend. “It’s a different Thursday for sure.”

As he took the stage close to 1 a.m., Travis Scott declared, “I don’t know who threw this party.” Scott proceeded to drag one gleeful audience member onstage before booing her off when she wouldn’t blindly leap into the crowd. Never fear, though, he soon found a replacement more than willing to crowd-surf.

“We’re developing about 2,000 apartments along the waterfront in the South Bronx,” said Rubenstein. “Tonight is an amazing opportunity to introduce a whole new world to the South Bronx, and celebrate its heritage.”

Or, as one onlooker put it, “for the Millennials, if you will, this is a pilgrimage. From Brooklyn to the motherf—ng Bronx.”