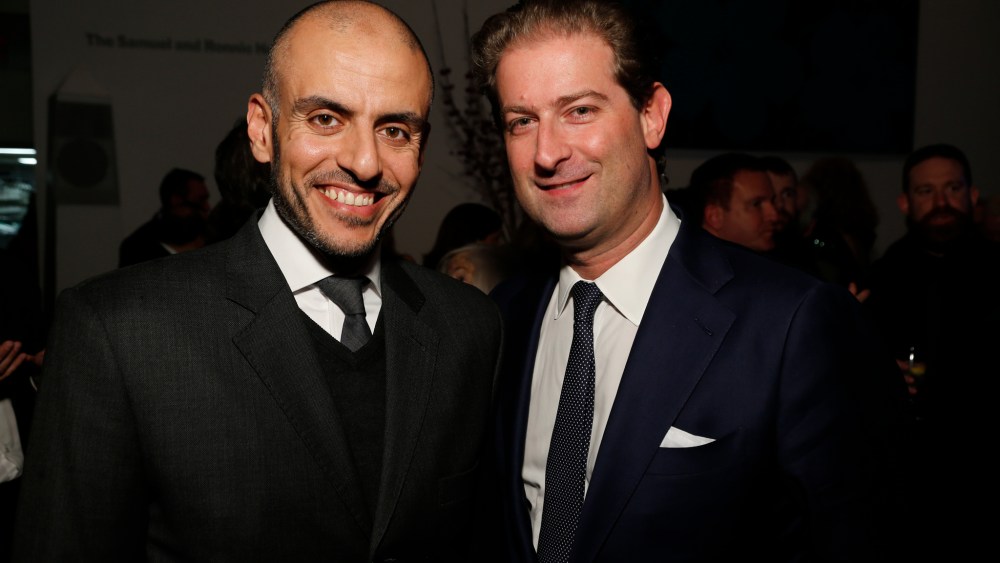 NEW YORK — Macy’s Inc. is making its way into the Middle East and enlightening the industry about the opportunity the region represents.

A Bloomingdale’s has operated in Dubai since 2010, and another is set for Abu Dhabi in 2018, which is where Macy’s will open its first overseas store in 2018 as well.

“We started this journey back in 2007 with a man who has touched many of us — Marvin Traub,” said Khalid Al Tayer, chief executive officer of retail for the Al Tayer Group, who addressed a crowd of 300 at the Museum of Modern Art here Wednesday night. The purpose was to explain the plans for Macy’s first overseas store, as well as Bloomingdale’s, which will both locate at the “super-regional” Al Maryah Central development in Abu Dhabi.

Traub, as head of Marvin Traub Associates, was instrumental in connecting Macy’s Inc. with the Al Tayer Group, enabling the Middle East expansion. Earlier, he was chairman and ceo of Bloomingdale’s. He died in 2012.

At MoMA, Macy’s Inc. officials stressed the importance of having the right local partner in an international venture, who knows how to navigate the relevant markets. As Tony Spring, chairman and ceo of Bloomingdale’s, said, he thinks of Al Tayer as an extension of Bloomingdale’s and Macy’s. “We work so collaboratively,” Spring said. “Al Tayer has a keen eye for what works and for what doesn’t work. We will do very well in Abu Dhabi.”

“Al Tayer really understands the consumer,” added Terry Lundgren, chairman and ceo of Macy’s Inc. He said Bloomingdale’s in Dubai has been “unbelievably successful” and that was a key factor in deciding to bring both Macy’s and Bloomingdale’s to Abu Dhabi.

Ken Himmel, co-managing partner of Gulf Related, which is developing Al Maryah, and president and ceo of the parent Related Urban, also addressed the crowd, which included Josie Natori, Elie Tahari, Mortimer Singer, Gilbert Harrison, Webber Hudson of Related and Tadashi. There were several cosmetic executives, including Majed Al-Sabah of  The Fragrance Kitchen, and Sylvie Chantecaille, whose namesake beauty brand has been doing a brisk business at the Bloomingdale’s store in Dubai. Despite the Middle East’s current status as the hot spot of global fragrance sales, Chantecaille said her makeup business is growing at a stronger pace. Most of the favored items are products designed to highlight the eye area, which is not surprising considering the local dress. The list includes eyebrow pencils, foundation, mascara, eye shadow, eyeliner and shining products for the cheeks.