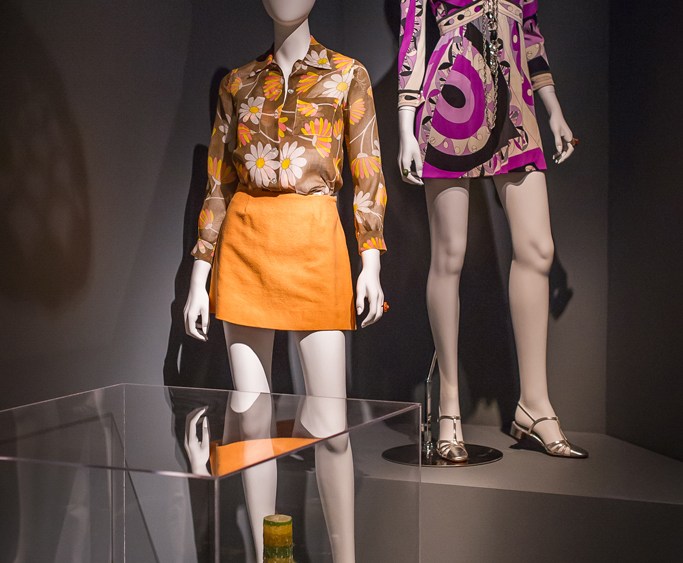 “MAD MEN” MANIA: In anticipation of the final seven “Mad Men” episodes that get started April 5, the women behind the show are already reinventing themselves. For January Jones and Christina Hendricks, transformation calls for new locks — pale pink for Jones and blonde for Hendricks. Elizabeth Moss headlines “The Heidi Chronicles” and Kiernan Shipka is shooting her third post- “Mad Men” feature film — “February” with Emma Roberts. Last week Shipka, a Zac Posen fan, was at the SXSW Film Festival for her appearance in “One and Two.” The teen also has wrapped up “Fan Girl” with Meg Ryan.

Costume designer Janie Bryant is also on the march. Aside from designing the uniforms for the recent $125 million overhaul of the Watergate Hotel, she has designed a capsule dress collection for the Black Halo label, as well as a Shoes of Prey one that will be sold online as of Tuesday. The Los Angeles resident, who is also a Mark Weldon ambassador, is working on furniture for Eko that is due out this fall.

Bryant’s mood boards and 33 costumes from the show are on view in the “Matthew Weiner’s ‘Mad Men’” exhibition now on view at the Museum of Moving Image through June 14. The first minidress Shipko wore in her role as “Sally” and the blood-stained green dress Hendricks sported after an office accident in character as “Joan” are a few of the memorable looks.

Die-hard fans who want to see the actual actors should pencil in a Monday morning appointment.

Jon Hamm, Jones, Moss, Hendricks, Weiner and other cast members are expected at Monday’s unveiling of a statue designed by the firm Pentagram that will stand on the Time-Life Building plaza through the summer. The location is the fictional home of Sterling Cooper & Partners where Hamm’s “Don Draper” and associates punch the clock. But like everything else related to the show’s swan song, a Pentagram spokesman was buttoned up Wednesday about which character has been cast in street art. Deferring any details to AMC, what he would say is that Pentagram’s partners, Lorenzo Apicella, Michael Bierut and Emily Oberman collaborated on the piece. (Bierut also designed the CFDA logo in 1991.)

As for what “Mad Men’s” May 17 finale will bring, rabid fans can hash it out over their own three-martini lunches during “‘Mad Men’ Restaurant Week,” which gets rolling Monday at Brasserie 8 1/2, the Tribeca Grill, Morton’s and select suit-friendly dining dens in Manhattan.