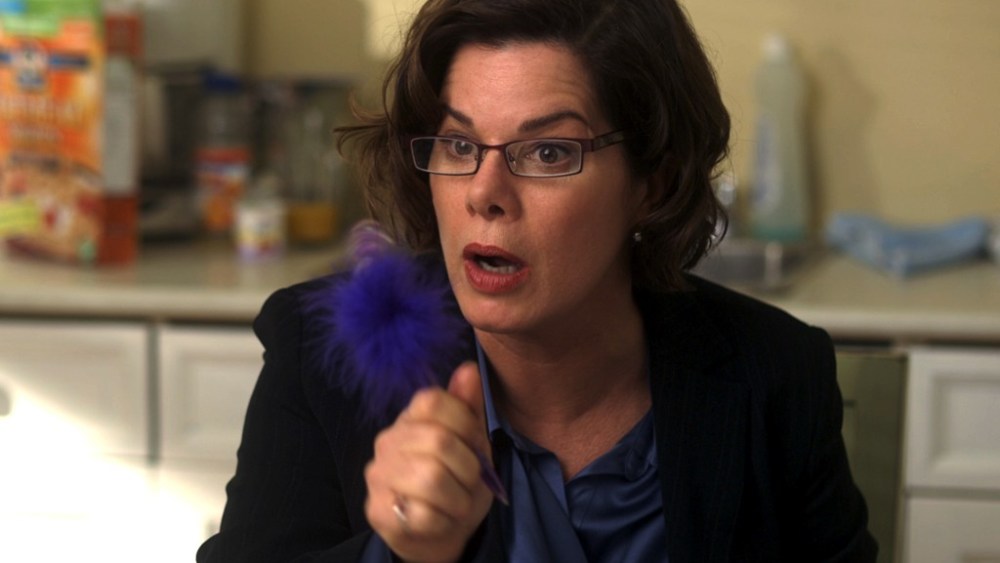 Marcia Gay Harden is into girl power. The actress, who moved to California from New York with her three children after a recent divorce, is finding the balance between work and home, but not without the occasional help of a girlfriend.

“I love that in this day and age we can straddle home and job,” Harden says. “You juggle the balls and some of them drop. Hillary [Clinton] was right: It does takes a village.”

In her latest film, “If I Were You,” opening today, Oscar winner Harden plays Madelyn Reid, an under-appreciated wife who befriends her philandering husband’s mistress.

“Art imitates life in some ways,” says Harden, explaining that she accepted the role in “If I Were You” 18 months before filing for divorce early last year from Thaddaeus Scheel, her husband of 15 years. “I’m divorced for a reason. I suspect many women can say that. Infidelity is a common, accepted behavior. There was a distancing and an infidelity. By and large, the statistics support the fact that there’s more cheating on the male end. The [cheating] happens around the child bearing and child raising years. Are we being punished for having children?”

While some wives have an inkling that their husband is fooling around — clues such as the proverbial matchbook with a scribbled phone number or lipstick on the handkerchief — in “If I Were You,” Harden’s Madelyn is completely caught off guard when she stops for takeout and sees her husband, Paul (Joseph Kell), holding hands with a beautiful younger woman, Lucy (Leonor Watling).

The script is “rife for comedy,” Harden says. “It’s a comedy of errors. What the audience knows and what the characters know.” Madelyn has the upper hand, knowing that Lucy is her husband’s mistress, while Lucy has no idea that Madelyn is her ex-lover’s wife. After Madelyn saves Lucy’s life, the two women become friends and decide to fix their problems by taking each other’s advice on everything.

Harden says Watling was perfect for the role of Lucy because “she has all the sex appeal and could bring the insane reasoning of a mistress. She has the innocence and a sense of loss.”

Harden’s characters haven’t always been models of feminism. She gave an Academy Award-winning performance in 2000’s “Pollock” as Lee Krasner, artist Jackson Pollock’s wife, who put her own career on hold to minister to the painter’s addictions, afflictions and insecurities.

“Madelyn has to ask herself what she wants to do next,” says Harden, who contemplated the same question before she moved to the West Coast. “I miss New York like nobody’s business,” she says. “In the wake of the divorce I needed to get away from all that was going on there. I’m a nester. I can make every place home.”

Harden, who won a Tony Award for her performance as Veronica in “God of Carnage,” is putting the theater on hold for now. “It’s hard with kids,” she says. “When you’re working, they’re home.”

Her upcoming projects include “Elsa and Fred,” with Shirley MacLaine and Christopher Plummer, “Parkland,” with Zac Efron, about Parkland Hospital in Dallas on the day President John F. Kennedy was assassinated, and HBO’s “Newsroom,” where she’ll play litigator Rebecca Halliday in four episodes.

First, she wants to see “If I Were You” succeed. “It’s a funny, sweet romantic comedy,” Harden says. “I feel people will align with it — especially, women.”