“Still Water, Circling Palms” features new woven textile works by the artist, who has been exploring how news media has changed in the wake off the 2016 presidential election. “I love how language feels like it’s also a part of weaving metaphors,” she says.

“For this series, I was thinking a lot about climate change and severe weather events, how this is another place where we’re found extremely vulnerable, and how we are using news media and even social media as tools for warnings system to alert people to these severe weather events,” she continues. “How facts can enter into those systems and become lost or distorted. It’s also a kind of dangerous place.”

The work incorporates images found online, mostly through Instagram and relating to weather forecasting, and consumption of that media by users. She searches hashtags and geotags for specific storms and areas, and then collages the images digitally before printing them onto thread. “I really use Instagram as an open source painters palette almost,” she says. (And an open source that has become less open while she worked, a reaction to mounting privacy concerns.) During the weaving process in which she stitches the threads into stretched linen, Wolowiec selectively distorts the imagery; in some cases, the image is almost impossible to identify. “I love there to be a range of legibility between within one work and between conversations of works,” she adds.

In several of the pieces, text is clearly visible while in others, a hyperlinked is recognizable only in the shade of blue. Other works contain hands — the distinctive gesture of a weather forecaster — while others show hastily scrawled red markings, circles drawn with the user’s finger to emphasize details such as temperature and rain, and then screenshot.

The artist resides and works from Detroit, where she moved from New York. “One thing that is really nice about being in Detroit is that there’s just a lot of room to breathe,” she says. “It just changes how you think about things.” It has also affected how she relates to water; her area routinely floods, not to mention the drinking water crisis in nearby Flint, Mich. Those influences are reflected throughout the work in imagery of water bottles washed up as debris — found through the hashtag “EmergencyWater” — and magnified mold, the result of water damage.

Following the gallery show, Wolowiec will continue working on a site-specific piece she was commissioned to create inside the Shinola Hotel, which will open this fall in downtown Detroit.

On view through Aug. 3 at Marlborough Contemporary New York. 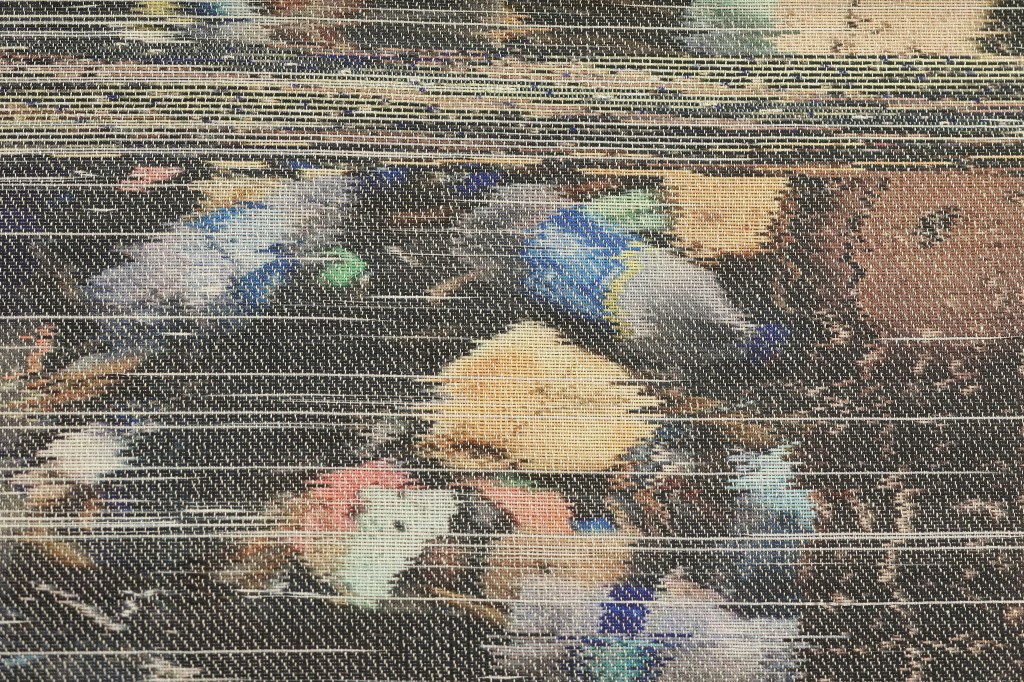 Kit Keenan Launching Her Own Line