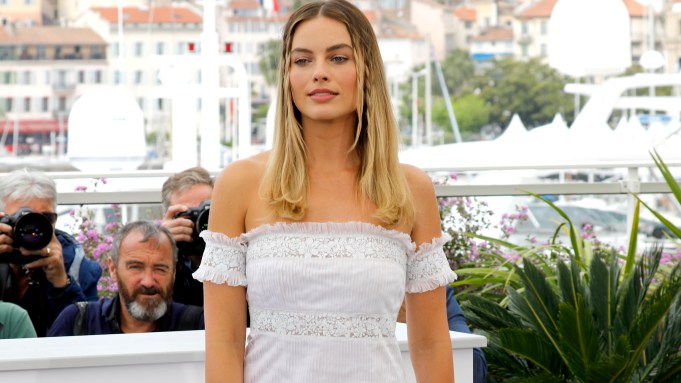 Margot Robbie, one of Hollywood’s most stylish and well-known faces, turns 32 on Saturday.

Since her breakthrough role as Naomi Lapaglia in the 2013 hit dark comedy “The Wolf of Wall Street,” the Australian actress has starred in some of the biggest movies worldwide and inked high-profile ambassadorships with luxury brands, one of which is Chanel.

Though she’s worked closely with Chanel and its then creative director Karl Lagerfeld for years, she was eventually named a brand ambassador in March 2018. Robbie is reportedly the last ambassador chosen by the legendary German couturier before his death in February 2019.

RELATED: Click through the above gallery to see some of Margot Robbie’s most fashion-forward looks over the years.

Robbie has worn some of the most memorable creations by the French luxury fashion house to events such as the Oscars, the Golden Globes and movie premieres.

One of the most notable looks was her dress at the 2018 Academy Awards. The white gown, custom-designed by Lagerfeld himself, featured intricate draped off-the-shoulder embroidered detailing with a matching bag and jewelry. She wore her hair in a short bob, which was supposed to align with the ‘90s mood she and her longtime stylist Kate Young were aiming for.

Her press tour outfits for her 2019 movie, “Once Upon a Time in Hollywood,” featured an array of dresses and hairstyles that paid homage to Hollywood fashion icons such as Lauren Hutton and Sharon Tate, the latter of whom Robbie played in the movie.

For events, the actress has also worn the likes of Valentino, Miu Miu, Prada, Versace, Zimmermann and more, working closely with Young for years. The stylist also works with other stars such as Sienna Miller, Selena Gomez and Dakota Johnson.

Throughout her career so far, Robbie has starred in films such as “Whiskey Tango Foxtrot,” “I, Tonya,” “Mary, Queen of Scots,” “Bombshell” and “Birds of Prey,” among others.

She has also produced several successful projects such as the Hulu series “Dollface,” “Promising Young Woman” and Netflix miniseries “Maid.” She has been nominated for numerous accolades, including two Academy Awards and three Golden Globes.

Robbie has been tapped to star in Greta Gerwig’s “Barbie” movie, playing the titular role alongside Ryan Gosling who will play Ken. The movie is scheduled for release in July 2023.