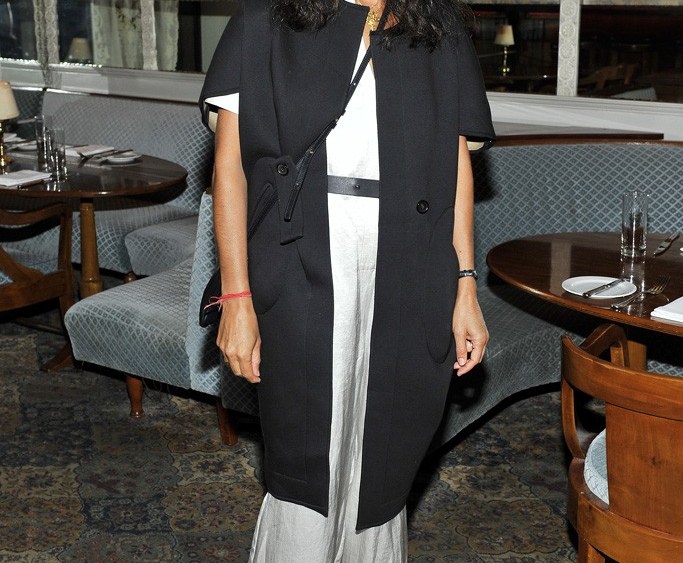 Not that anyone needs a reason to celebrate fabulous friends and fashion, but there is always the matter of what to put on the invite. To that end, Maria Cornejo threw an “(Almost) Midsummer Night’s Dinner” at Chateau Marmont in West Hollywood Tuesday, where she gathered some of her favorite West Coast pals under the colonnade in the garden.

“Emily and I met when I asked her to reinterpret one of my designs for my 15th anniversary collection,” said the designer of actress Emily Mortimer, who acted as the evening’s cohost.

The entire affair was pushed back to a slightly later hour (8:30 p.m. cocktails, late by Los Angeles standards) to accommodate Mortimer’s “The Newsroom” shooting schedule, but nobody seemed to mind. Miranda July and husband Mike Mills, a friend of Cornejo’s husband Mark Borthwick, had to make an early exit to return home to their baby, and Cameron Silver needed to prep some remarks for his never-ending European book tour (“I need to figure out something else to say in Berlin other than ‘achtung,’” he said), but the rest of the bunch stayed out to the wee hours.

“Maria is so sweet,” said producer Laura Bickford, who met the designer while on the beach in Tulum. “It’s all very organic how we all know each other,” said Cornejo. “You have to be on the same wavelength to attract the same kind of people.”