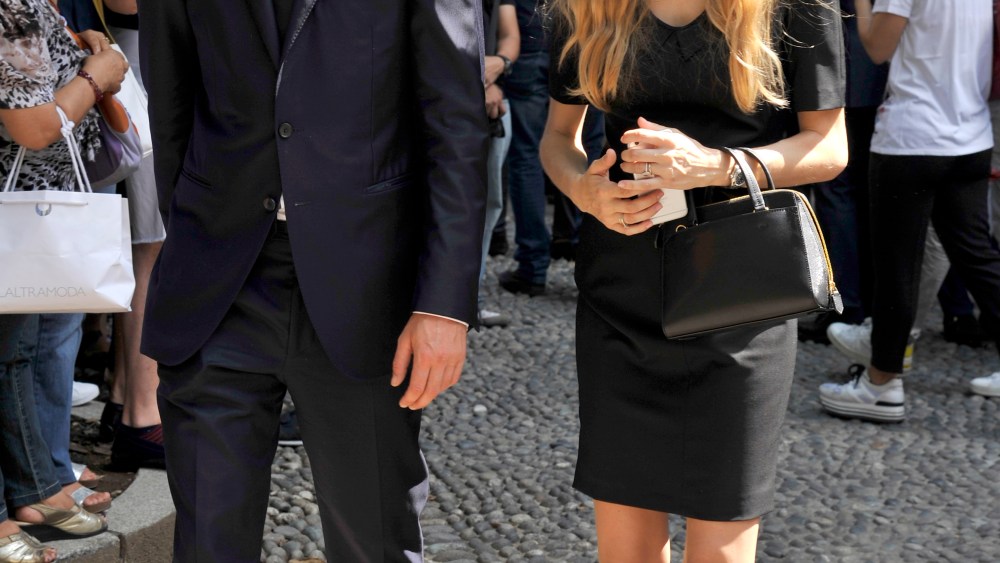 MILAN — Countess Marta Marzotto’s ease in embracing both high- and low-brow culture stood out clearly on Monday at her funeral, held at the city’s central Sant’Angelo Church, filled to capacity with both the famous and not-so-famous. Bodyguards circled around Marzotto’s granddaughter Beatrice Borromeo and her husband Pierre Casiraghi, as well as Matilde and Lavinia Borromeo, married to Fiat Chrysler Automobiles chairman John Elkann.

“We did not expect the church to be so full today, the first day of August,” said Matteo Marzotto, Marta’s son, referring to a month that is generally considered quiet in Milan. Visibly moved, the audience clapped a few times to encourage him in his speech.

“I don’t remember ever seeing a photo of her where she was not smiling,” he said, remembering her cheerful disposition and ironic streak. “And she continued to smile until the end.”

Marzotto marveled at the avalanche of support for the family after his mother’s death. “I received 2,500 messages in three days, and I am [only one family member].” His siblings Paola, Vittorio and Diamante were also in attendance.

The designer died Friday at age 85. Coincidentally, July 29 was Saint Marta and the family requested the readings would match those from mass that day. “She said she wanted a party with music,” said the minister, Davide Banzato.

In an emotional speech, Beatrice Borromeo, daughter of Paola Marzotto, highlighted her grandmother’s playful spirit, defining her as “an unconditional ally.” Her first gift was a giant Easter egg, which Borromeo and her siblings proceeded to break into and walk in — literally. “The only rule she had was to return home before 7 in the morning. One time we both got back at 8. She looked at me and said: ‘It’s not such a restricted rule — but don’t tell your mom.’”

Borromeo recalled Marzotto’s generosity. “She would take what she was wearing — necklaces, bracelets — and give them as gifts and that was what made her happy. Her room in the hospital had become a souk, full of packets and she would look around and say that nobody had such a beautiful family. Nobody will be able to replace my grandmother. The pain is directly proportional to the joy of having spent 30 years with her. She was a free spirit, she taught us how to be curious and learn about new foods, different people, new cultures, to never be lazy. Fantasy is the most beautiful gift she gave us.”

Her brother Carlo Ludovico Borromeo with his wife fashion designer Marta Ferri, their eldest son Cristoforo and his mother-in-law Barbara Frua were also in the church. Pitti Immagine president Gaetano Marzotto was among the family members attending the funeral.