STAGING A COMEBACK: A pop-up that’s one part gallery retrospective and another part commerce from Japanese eyewear brand Matsuda has opened at men’s wear boutique Wittmore.

The 40-year-old Matsuda brand, originally started in Japan with men’s and women’s wear, was relaunched about three-and-a-half years ago with the optical business and more recently began its expansion into sunglasses.

Matsuda’s pop-up, at the front of the Wittmore store entrance facing Santa Fe Avenue in the Arts District of downtown Los Angeles, is the company’s first endeavor into retail in 15 years and its first showing of the sunglass offering. It’s also Wittmore’s first time partnering with a sunglasses brand.

The sun collection features materials such as titanium and 24-carat gold along with details such as hand-engraved filigrees and adjustable nose pads. Pairs range at retail from $380 to $1,500.

The company’s headquarters, now in Santa Monica, where chief executive officer James Kisgen is also based, made Wittmore’s Arts District store a suitable location, he said.

“I love the idea of doing it here in this up-and-coming area,” Kisgen said. “We obviously have very close ties to the arts.”

The location at Wittmore also made sense because of its unique merchandising mix, according to Kisgen.

The boutique, founded by Paul C. Witt, offers an assortment of men’s clothing, accessories and gifts from a bevy of designers, some of whom Witt even found through Instagram.

Kisgen said the pop-up, which runs through September, could potentially move to another store in New York or Tokyo, but it’s too soon to tell. Matsuda retail could also be in the future. It’s a consideration but there are no current plans, Kisgen said.

“We wanted to try to do something fun and tell the brand story,” he said. “There’s a huge group of people that remember Matsuda as the fashion designer and the eyewear brand, but there’s also a younger generation that needs to be educated on what the brand was and what it is today.”

Up next for Matsuda is a Web site relaunch, expected sometime this month. The platform will be a place to showcase the collection but will not include an e-commerce component. 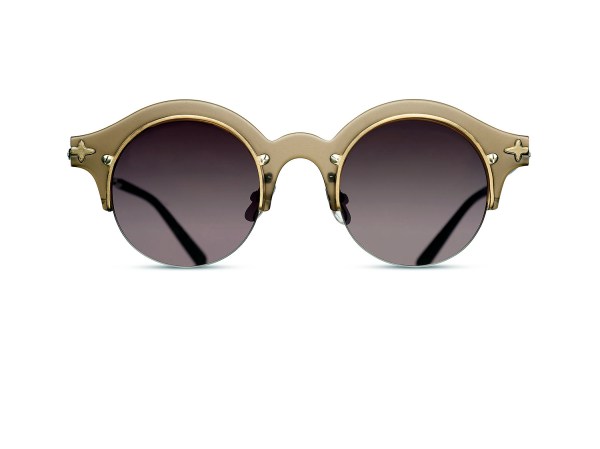 A look from Matsuda’s Essential Collection