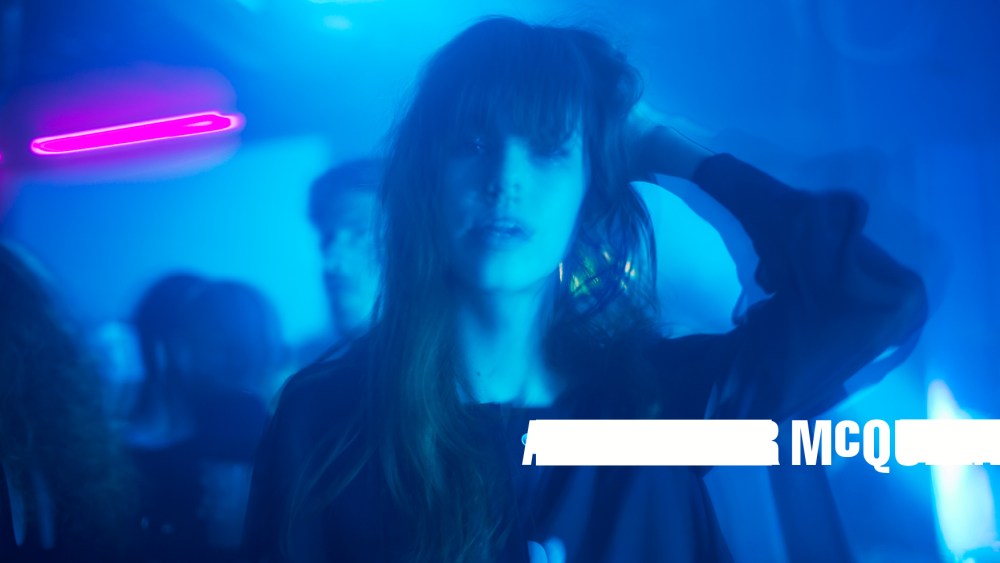 The campaign features raw, intimate studies of the models Mayka Merino and Jonah Larrington; the young soccer player and model Taj Figueroa; and Zach Robinson, the drummer for the band Swim Deep.

It was shot partly on location in London’s Spitalfields, where McQ has just opened a new store, and partly at the McQ x WARP party at Electrowerkz, a club in north London.

McQ held the party in November with the indie British label Warp Records, and Goldin aimed to capture fleeting moments in the crowd. The images reflect her signature portraiture, with a dark, rich palette.

“Usually I use my own friends in my shootings, but to my surprise I made a real connection with these kids and really enjoyed them — especially watching Taj playing football with an apple,” said Goldin.

The ads will launch on mcq.com, as well as @McQ social channels, and in titles including Dazed & Confused, i-D and Wonderland.

Created in 2005, McQ opened its first flagship store on London’s Dover Street in 2012. It includes women’s wear, men’s wear and accessories and has 600 points of sale in 60 countries, as well as 22 stand-alone stores.