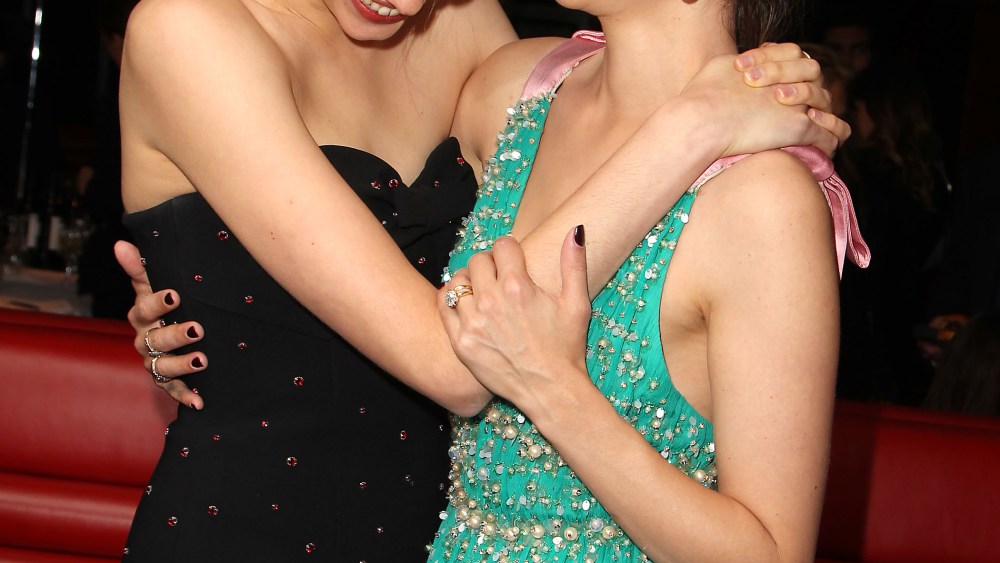 For her role in “Novitiate,” Margaret Qualley went as far as to “use the discipline” on herself — and wound up icing bruises and welts.

For those unfamiliar with old-Catholic ways, “using the discipline” is when you whip yourself in order to repent for your sins. “So, then hair and makeup had to spend like an hour covering my back because I had to undress or whatever,” Qualley said Thursday night from the film’s New York premiere. “Yeah, I’d say that’s probably the most physically demanding [aspect of my role in the film].”

“Novitiate,” a film about the changing role of nuns after Vatican II, also stars Melissa Leo, Dianna Agron and Morgan Saylor. It arrived in New York at The Landmark at 57 West theater with an after party at the Lambs Club, both put on by the Cinema Society and Miu Miu.

Other cast members went to less extreme ways in order to prepare for their roles. Saylor, who plays Sister Evelyn, “went to mass a lot for months before we shot it and we talked to a lot of people that were so deep in it as well that you completely understand where they’re coming from,” she said of her preparation.

“Our biggest fear was to not do these women justice,” said Agron, who plays a nun struggling with the idea of giving up her whole life to live cloistered in a convent. “I wanted to really make sure we were depicting what is gained and what is lost and everything in between, and to have really fair portrayals of these women. And I think we did a good job.”

Giving the real-life women a fair portrayal was especially important to writer and director Maggie Betts. “I really tried to be very observational and not impose any of my personal opinions,” she explained. “The filmmaking was done in a way to keep myself at a distance. I really try to leave it up to the audience: what’s good about organized religion, what’s bad about organized religion, what’s beautiful about faith, what’s frightening about faith.”