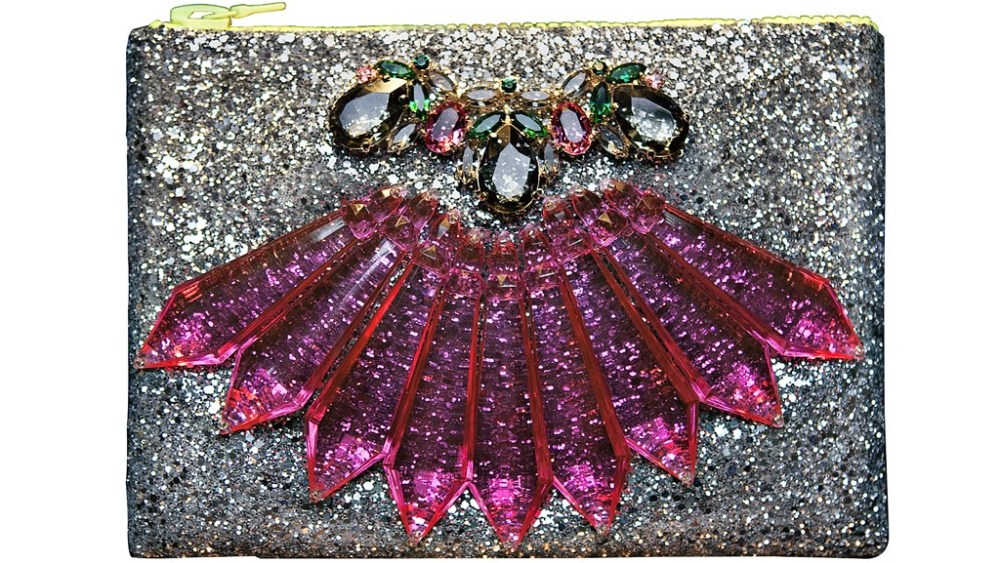 Mawi — hot off a 10-year anniversary celebration this summer — has introduced two new categories in the past month: handbags and men’s accessories.

The line, known for richly colored crystals paired with spikes or panthers, has seen healthy organic growth the past decade, founder and designer Mawi Keivom said, but the year ahead will be an important one for the brand.

Distribution has seen a 25 percent increase, according to cofounder and Keivom’s husband, Tim Awan, who noted that the line will go from 120 doors in 70 countries this season to about 150 doors for spring deliveries. The brand is already carried at Harrods, Harvey Nichols and Selfridges. Awan also projects 40 to 50 percent growth on overall volume for 2013 due to the addition of the new categories.

Mawi’s first flagship opened in Shoreditch in East London last year, and the brand has plans to penetrate emerging markets in the spring.

“We are currently talking to franchise partners in Russia, the Middle East and Brazil, and anticipate opening the first franchise in the next six months. This is in addition to our existing joint venture in Porto Montenegro,” Awan said of the global strategy, adding that although Europe and the Middle East are the largest markets for the line, Korea, Eastern Europe, South America and Australia are the fastest growing.

A fully realized men’s accessories collection, Sir by Mawi, relaunched exclusively with Lane Crawford last week, and Keivom calls the 15-piece collection “very clean” and based on traditional men’s jewelry. The brand tried its hand at men’s several years ago but didn’t feel the market was right at the time.

“What we were doing was too fashion. Although we got tons of press, it was difficult to introduce into the market. In the last five to six years, the men’s market has really changed and men are much more open to accessorizing. We were very early, and we took a step back to relaunch when it was right,” Keivom said. “There’s a huge demand for it — and by waiting and looking at what men’s needs are and doing a lot of research, the product has changed.”

A very “punky” rock ‘n’ roll approach gave way to a more streamlined selection of signet rings, cuff links, bracelets and necklaces fashioned from gunmetal with dark crystal detailing that retail from $300 to $800.

Keivom sees an opportunity in men’s “because women’s [jewelry] is so saturated” and intends to concentrate on growing this portion of the business. Within a few years, she anticipates that Sir by Mawi can comprise 30 to 40 percent of the business.

A capsule collection of 12 handbags made its debut during London Fashion Week in September for spring. The Perspex silver glitter clutch with pink spikes retails for $778 and more elaborate versions can go for up to $1,200 — but the focus is always on incorporating jewelry elements.

For Indian-born Keivom, working with a lot of vibrant colors and embellishments is innate.

“Pink is the navy blue of India. How can I possibly be minimal?” she said. “We’ve never been about minimal — everything but the kitchen sink has been thrown in there. It’s a juxtaposition of so many elements, but the overall look that we do is clean and strong.”

She does, however, want to keep the direction really niche, likening the approach to what Judith Leiber has done for evening bags.