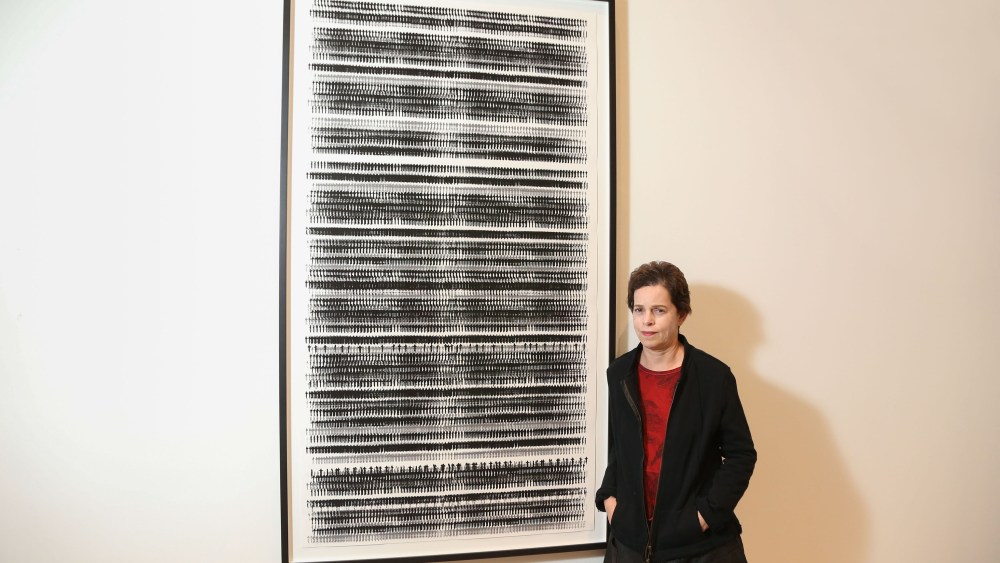 At a slight distance, her video works and prints on view at Pace Gallery for her solo exhibition “Evolution” appear to be a series of bar codes or foreign text. But as you approach the work, the DNA becomes much clearer.

“If you look at it for a bit you’ll see it’s multiplying: it’s becoming two, and it’s becoming one,” she says of the moving tic-tac shaped forms splitting apart, mutating, and merging on the screen. “At the same time, each one is a person.”

Indeed, the works are made up of human-like forms, rendered unrecognizable by the Israeli artist.

“It looks like computer-generated animation, but it’s all real people. Every line that you see is actually reflections of people that I’ve photographed,” she says. “I always in my work like to start from reality, and real people or places, and then I like to erase a lot of identifying details.”

By erasing the identifying details, the figures also become universal — it could be someone you know, a stranger, or it could be you. Rovner explains that she’s interested in exploring humanity and the human condition, and particularly how communication is impacted in the wake of a tech-first world.

“I was thinking about this incredible place, Silicon Valley, how they are pushing our boundaries and our perception of time, of place, of speed, of communication. You think of Facebook — it’s a strong topic now — but it is a fantastic thing that everyone can communicate with everyone. And it’s massive communication,” she says. “But at the same time, with Apple and all these microchips and DNA research going on and artificial intelligence, we are ourselves becoming like microchips almost in this big system: a mechanism of the future. We all have a feeling that something is shifting very, very strongly. We are a little bit becoming bar codes with DNA and everything.”

Just as her figures can represent analogue systems, they’re also referential to ancient hieroglyphics and cave paintings, the earliest written communication. In one video piece, the figures are layered underneath a translucent jackal, a sacred animal in ancient Egypt. She filmed the animal in the backyard field of her home in Israel.

“You come close and you notice the people are waving, trying to be noticed,” says Rovner of the figures in the piece. “They’re signaling something.”

Rovner describes her work as instinctual; color usage is limited, and the patterns that emerge from the forms aren’t computer-generated. It’s her way of trying to make sense of the shift in the world.

“I cannot quite decipher or understand or analyze the codes of what’s going on. There is something going on that’s so strong and so powerful with technology, with all of it, with communication, with multiplying, that I’m wondering sometimes, where I am as a person, as an individual? It’s one of these marks — I am in the system.”

On view at Pace Gallery in New York through June 23. 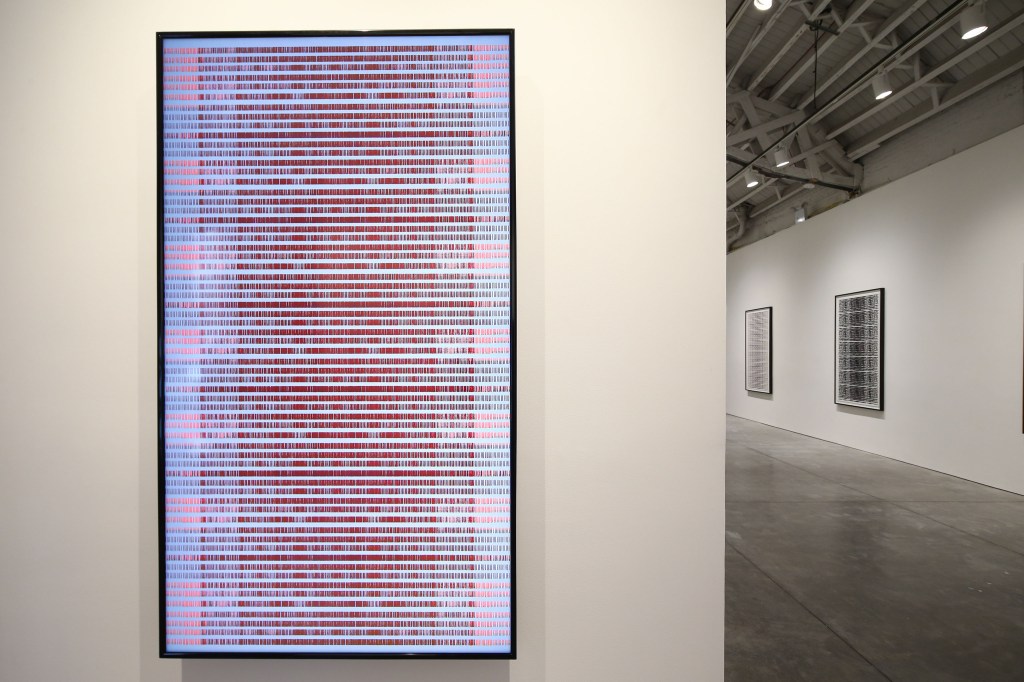