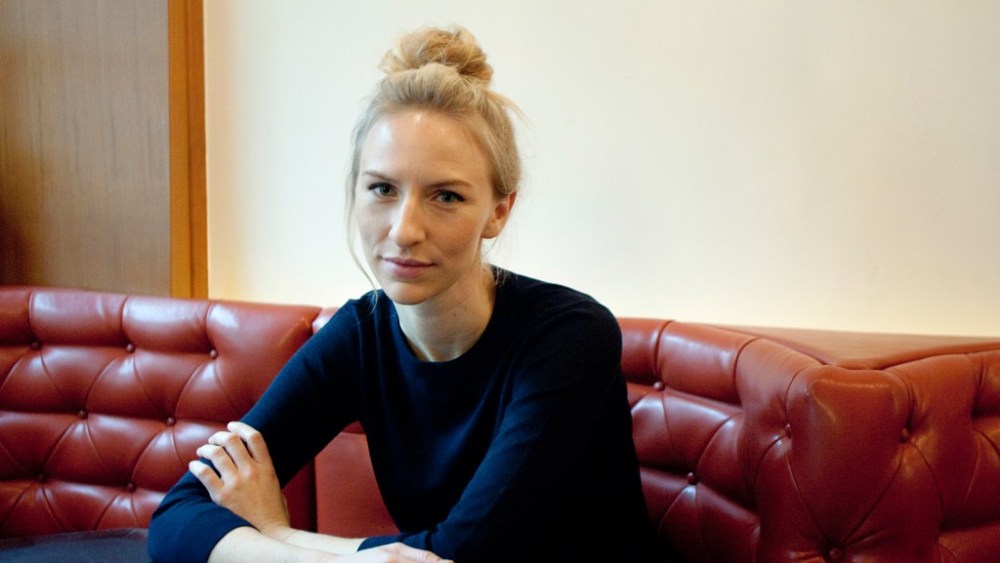 Mickey Sumner sits in a mostly empty Sant Ambroeus in Manhattan’s West Village nursing a latte and practicing a bit of self awareness via imaginary dialogue.

“It’s like a cliché to say ‘I wanna act,’” she says before upshifting her English accent into a clipped sarcasm to answer herself: “‘Well of course you do.’”

“I didn’t want anyone to say that to me,” she goes on. “It was too important to me — too precious and too real. I just put blinders on and isolated myself.”

Sumner is wearing a black long-sleeve T-shirt and black pants tucked into black boots. Her blonde hair is tied atop her head in a loose bun. It is the day before she is to make her official off-Broadway debut opposite Carol Kane in The Atlantic Theater Co.’s production of “The Lying Lesson,” and she exudes a nervous, polite energy. While burgeoning young actors have been dealing with the sort of doubt Sumner speaks of for the better part of recorded history, she’s dealing in a slightly more specific brand. Sumner, 28, is the eldest daughter of Sting and Trudie Styler. In previews since February, the Craig Lucas-penned play is set in a coastal Maine town sometime in the Reagan administration. Kane plays an aging and incognito Bette Davis who delivers lessons on success, fame and acting to Sumner’s Minnie, an inquisitive local with mysterious motives and an appropriate accent. (Yes, Mickey plays a Minnie.) It’s interesting territory for Sumner to be working with.

“I always was the one who wanted to be sort of invisible,” she says of the limelight. “So I didn’t tell anyone about my desire to act for a long time — until I was pretty sure.”

Raised in the U.K., Sumner initially came to New York to study art at Parsons The New School for Design, but found herself getting more fulfillment out of the drama lessons she was taking away from school, studying at night with the acting coach Sondra Lee. Her first major break came in a recurring role on Showtime’s period drama “The Borgias.”

“That was really when I knew.…I was like, ‘Oh this is sort of serious.’ No one’s flying me to Budapest every three weeks for fun,” she laughs.

This figures to be a breakout spring for Sumner. Following “The Lying Lesson,” which will run through March, she has a lead in the romantic comedy “Missed Connections” due in May, and a sizable role in Noah Baumbach’s “Frances Ha.” The latter is a black-and-white examination of female friendship among under-30 New Yorkers cowritten by Greta Gerwig. It is a spiritual cousin to “Girls” and figures to be as much of a cultural talking point. Sumner plays one half of a platonic love story to Gerwig’s title character.

“It’s about becoming a woman, and some people take longer than others,” she says of the film. “I think that jump from college to career is very weird.…In New York it’s about a career and being successful before you’re 30.…A lot of pressure….”

It seems that she was familiar with the material.

“I feel pressure, yeah,” she says. “I think it’s the societies we live in. If you haven’t made it by 30, you’re a failure, which is such bulls–t. I just have to remind myself — it’s a cliché — but, it’s a journey and you can only be good at something if you do it. It takes a lifetime to be great.”