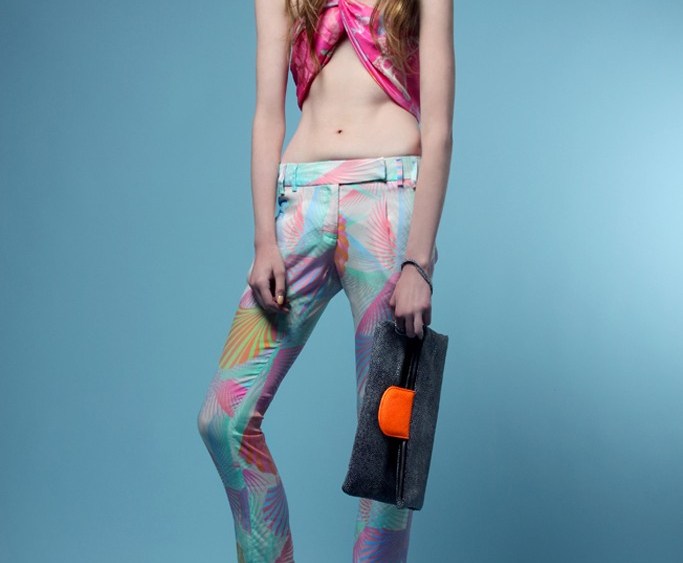 To try to strengthen the city’s position in the international trade arena, organizers of a number of the fairs said they are scheduling a joint market next year.

MiPAP president Marco Serioli and his counterpart at Pitti Immagine, Raffaello Napoleone, said the fairs MiPAP, Touch, NeoZone and Cloudnine will show together in February 2013.

“Exhibitors have showed interest and are enthusiastic about our new women’s wear project with Pitti Immagine. The next fair that will gather MiPAP and Touch, NeoZone and Cloudnine will take place at the former Palazzo delle Scintille in Milan,” said Serioli.

Napoleone added that he was “truly convinced that when there is an economic crisis, it is always a moment for regeneration and an opportunity for a big and positive change. I see positive opportunities.”

This edition of MiPAP was characterized by a drop in attendance, but partly compensated by a solid presence of international visitors: 7,000 buyers attended the three days of the fair compared to 8,100 in September 2011. Among them 30 percent were from abroad, in particular from Russia and Ukraine (up 50 percent), Spain (up 41 percent) and Turkey (up 25 percent).

The recession and difficulties faced by Italian companies and to a larger extend by the euro-zone countries explained the slow atmosphere at MiPAP.

However, some new exhibitors had a positive experience. “I met some great retailers that I am hoping to establish a selling relationship with,” said Natalie B. Coleman, a U.K.-based Irish designer, who also confirmed the feminine sweet trends of the season. “For me, prints are huge, I hand-draw all my own and then watercolor the illustrations. There is a lightness and softness in the colors,” she said.

Touch, NeoZone and Cloudine closed with positive results. Despite some gloomy forecasts, the number of Italian buyers was up 3 percent. The fairs welcomed a total number of 9,400 visitors, and among them more than 8,000 were registered buyers (similar to September 2011), while 170 exhibitors showed their spring collections. This edition demonstrated the international appeal of Pitti Immagine’s three fairs with a remarkable increase in buyers from Russia (up 39 percent), Spain (up 28 percent) and Japan (up 7 percent).

A new area dedicated to African designers called “Rhythms of Africa” showcased interesting craftsmanship and international collaborations such as Mo Saïque, a shoe brand that combines Italian craftsmanship and rich print fabrics from Ghana. “It is my first trade show and I had great feedback, buyers showed a strong interest in my colorful shoes,” said Afua Dabanka, designer and founder of Mo Saïque.

To maintain prices at competitive levels, manufacturers have worked on new textiles and blends. “We have kept fine yarns but we have chosen blended fabrics and reduced the number of 100 percent cashmere pieces in our collections,” explained Scaglione.

The market is undergoing major changes that are redefining the way buyers and producers are trading. “There is much more attention on timing of deliveries and on conditions of payments. The market asks for more flexibility,” concluded Napoleone.

At the White Milano show,  a destination for emerging talents, colors and feminine prints announced a romantic spring season to come.

“We have a lot of pastel shades and sweet prints such as butterflies and flowers for next season,” said Monica Sarti, designer at L’Accessorio Srl, who also pointed out that White Milano is a go-to destination for quality and new designs: “We have been at White Milano since the first edition and have built a strong relationship with the organizers and the customers that are used to coming here.”

White saw record attendance with an 8 percent increase in the number of buyers compared to September 2011. More than 16,500 visitors came, with a strong presence of Japanese, Chinese and Korean visitors, among Asians, and French, Danes and Spanish among Europeans. Stores from Harvey Nichols in Hong Kong or Le Bon Marché in Paris had flown in their buyers.

“The main fact is that White Milano is becoming more international, thanks to an increase in the number of international buyers and some international collaborations,” said Massimiliano Bizzi, president of White Milano. Bizzi said White Milano will remain independent in its market timing, and had no further comment on the joint timing of the other trade fairs.

The number of Italian buyers increased by 2 percent year-on-year, which was a surprise considering the economic downturn in the country. Among the 360 exhibitors, 238 of them were from Italy and 115 from abroad. According to Bizzi: “This is the best edition over the last few years.”