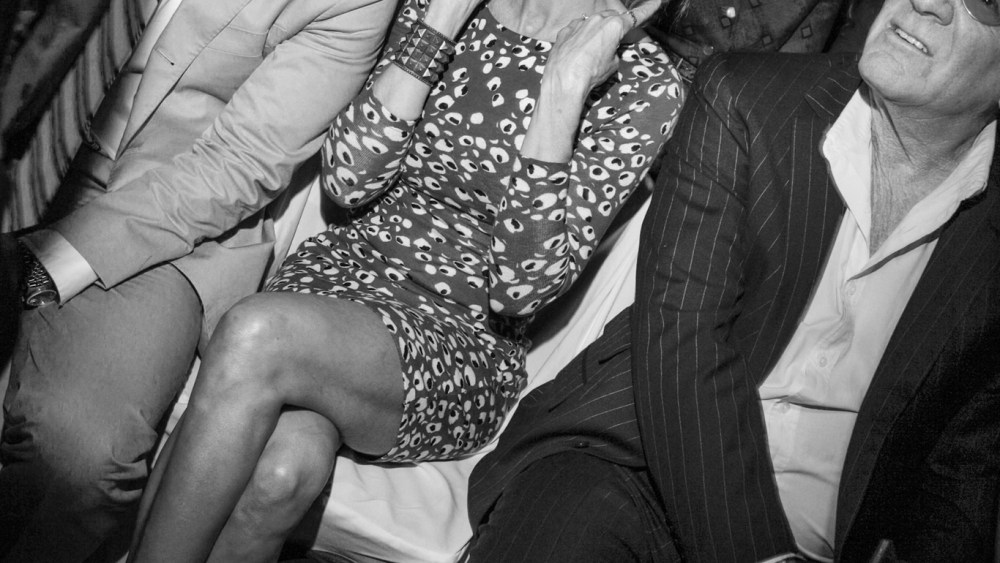 MILES TO GO: Miles Ladin is tightening his ties to his alma mater Connecticut College. Aside from stepping in this year to teach photography for his former professor Theodore Hendrickson, the photographer will be discussing the front-row life when “The Spectacle of Fashion,” a retrospective of his work covering 30 fashion seasons debuts on Nov. 5.

His shots of Nineties notables from W magazine and The New York Times will be showcased, along with many of the behind-the-scenes and front-of-house fashion show images that he shot for WWD over the years. Rihanna and Zac Posen at Fashion Rocks in 2006, and Bill Blass with Nancy Kissinger, Mica Ertegun (with cigarette in hand) and Duane Hampton at the 1995 edition of Seventh on Sale are among the 60-plus images in the show, which runs until Dec. 11. There will also be a 2011 video that Ladin created to show the backstage frenzy during New York Fashion Week. Gallery-goers in the New London school’s Cummings Art Center will also find “Supermodels at the End of Time,” a limited-edition book featuring Ladin’s photos and text by Bret Easton Ellis that launches next year.

A film noir fan, Ladin cited “The Third Man” and “The Sweet Smell of Success” as influences on his work. His current obsessions are the American cartoonist R. Crumb and the Belgian painter and printmaker James Ensor, whom his new body of work references. Ladin said he pitched “The Spectacle of Fashion” because he thought “the interplay of fashion and celebrity culture would be of interest to the students.”

Bob Morris, whom Ladin first teamed up with for a few years in the Nineties for “The Night” column, which Morris penned for The Times, have joined forces again. Morris has provided the essay for the exhibition’s catalogue. “He showed me the ropes of covering the social scene and we became friends,” Ladin said.