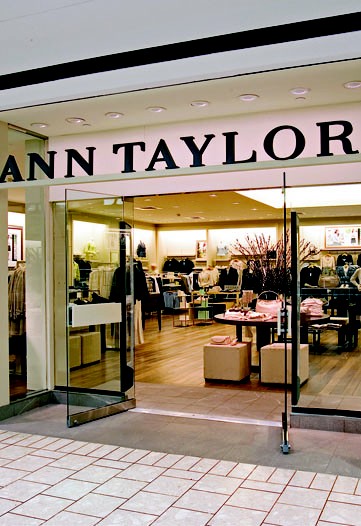 The downturn among misses’ specialty store retailers, which began almost 18 months ago, might lag an eventual recovery because there are few signs of workable strategies to reinvigorate the category, analysts said.

The Baby Boomer customers, part of a postwar generation that grew accustomed to continuous changes in style, are shopping for value at mass retailers like Wal-Mart Stores Inc. and Target Corp. For fashion, they are going to department stores that are offering compelling deals.

Comparable-store sales at most misses’ retailers turned negative around the holiday time of 2006 “when the economy was quite good,” said Citigroup retail analyst Kimberly Greenberger. “I think these retailers have been underperforming for two years and shareholders’ patience only goes so far.”

Instead of reacting immediately to ingrained problems such as tired fashion, many misses’ retailers simply tried to tweak the previous year’s assortment, contributing to the contraction being witnessed now.

“Merchandising through incremental changes is not enticing to customers,” she said. “These retailers need to update, and by update, I mean throw it out and go back to the drawing board.”

She cited The Talbots Inc. as one of the many misses’ chains that remains overstored. The retailer is trying to sell its J. Jill women’s clothing chain, acquired in 2006, and recently unveiled plans to cut 370 jobs, or 17 percent of its corporate-level workforce, and close about 20 of its 869 stores. Previously, Talbots exited its kids’ and men’s businesses. As the company seeks to slash $150 million in expenses, its majority shareholder, Japan’s Aeon Co. Ltd., committed in February to provide a $200 million unsecured term loan facility.

“Talbots’ reckoning day has been postponed,” said Greenberger, who said with the new loan, the retailer has a real chance to turn things around and appears to be moving in the right fashion direction.

“They are doing all the right things,” she said, pointing to the cost-cutting initiatives and fresh assortment put together under chief executive officer, and Liz Claiborne Inc. alumna, Trudy F. Sullivan.

Bold moves from misses’ retailers like Talbots are necessary in this environment, said A.T. Kearney partner and retail specialist Hana Ben-Shabat, who noted that central to this group’s problem is a “very outdated” definition of its target customer.

“The misses’ consumer today is not the same person as she was 15 to 20 years ago,” Ben-Shabat said, explaining that women are moving away from a “classic, conservative” look that focused mostly on fit and comfort. Instead, she is dressing younger and moving toward more contemporary apparel.

Although the weak economy has heightened price sensitivity, Ben-Shabat said for misses’ retailers to rebound, “price is not the solution. The solution is in the merchandise.”

If things do not change, Ben-Shabat said the migration of the Boomer shopper could spell more trouble for misses’ retailers in the long run. While this customer may not entirely abandon these retailers, she may change her shopping habits once she has begun buying merchandise from other brands and stores.

Though the problems might be systemic, the pullback in consumer spending hasn’t helped. According to MasterCard Advisors’ SpendingPulse, a service that estimates total national retail sales across all payment forms, including checks and cash, women’s retail sales have contracted more than 20 percent on a year-over-year basis since December. Although sales were down 20.2 percent, 21.6 percent and 24.2 percent, in December, January and February, respectively, Michael McNamara, SpendingPulse vice president of research and analysis, said he thinks declines may be leveling off. The women’s numbers are worse than those in men’s wear and footwear.

Liz Dunn, retail analyst at Thomas Weisel, said, “There is something specific to the misses’ sector. This sector is in trouble. Boomer women don’t want to look like everyone else. It’s different from teens who want to blend in.”

Factor in that “there are no [fashion] trends” in the misses’ group, with the reality that the older shopper has “sustained deeper market losses” than other demographics, she said.

Dunn pointed to misses’ apparel giant, AnnTaylor Stores Corp. — the career fashion specialist that said it was accelerating its annual store closing plans to 163 from 117 after posting a larger-than-expected fourth-quarter loss last month — as a retailer that needs to work on merchandising.

“They can’t seem to get a consistent trend for one of their brands for more than a couple of seasons,” she said. “They put a bullet in the customer. They change too much.”

For the three months ended Jan. 31, the New York-based specialty retailer posted a net loss of $375.6 million. Even excluding impairment charges, the loss was $58.1 million, almost twice what analysts had expected. Net sales fell 19.5 percent, to $483.4 million, and dropped 24.5 percent on a comparable-store basis.

Jennifer Black of Jennifer Black & Associates said if Ann Taylor’s merchandise doesn’t improve this fall, she doesn’t “believe that this company will get any more chances.” Black said while Ann Taylor’s new line has a good chance of succeeding, the retailer runs risks because its inventory is so low. But if the company’s recent assortments are any indication of what’s to come, then it appears Ann Taylor has “lost its identity,” she said.

“The fashion has not been cohesive at all,” Black said. “All the cost cutting and inventory tightening in the world won’t save this company if they can’t get the customer back.”

Ann Taylor president and chief executive officer Kay Krill told analysts on the fourth-quarter earnings call: “While we have acknowledged that our product assortments could and should have been more modern and versatile, we believe that much of the softness we are experiencing relates directly to the impact the recession is having on professional working women.”

Krill declined a request for an interview.

Black said it still comes down to merchandise and that the company’s decision to draw down $125 million on its $250 million credit facility as a precautionary measure suggests a lack of confidence in the fall line.

“This action serves as a signal to us that the company does not feel confident in its ability to fund its business from existing cash and cash flow from operations, though the company insisted that this was not the case,” Black wrote in a recent note. “If they truly don’t need the $125 million, we think they shot themselves in the foot by drawing on the credit facility.”

Either way, Ann Taylor said it ended the year with $112 million in cash, with about $60 million in operating cash flow and more than $30 million in net cash flow in the fourth quarter, putting the retailer in good standing.

“The best we can hope for is that these retailers tighten up their expenses,” she said, explaining that most merchandise changes won’t come soon enough to make a difference this spring. Updated fashion is a “second-half story,” she said. “September will be a bellwether month for this group.”

Whitfield mentioned Chico’s FAS Inc. as a retailer with a “preexisting” merchandise problem that needed correction, mainly in the company’s namesake brand.

“The product grew very stale,” she said. At some point, Chico’s “went too young,” targeting a shopper in her 40s, and lost her core customer, a woman in her early 50s.

“I think we went away from some of the more sophisticated and unique and special looks that we have,” Dyer said on the company’s fourth-quarter earnings call. “We’re going to be bringing those back.”

Dyer noted the company’s White House|Black Market division, which is geared to a customer in her late 20s to early 40s, could comp positive every month going forward.

In last year’s final quarter, the firm lost $40.5 million, $15.7 million of it attributable to impairment and severance. Sales dropped 8.8 percent, to $373.4 million, and were off 13 percent on a comp basis. The firm has discontinued the monthly reporting of its comps.

Whitfield sees Coldwater Creek Inc. as having similar problems. “Their business fell off a cliff,” she said, and the retailer has posted consecutive comp declines since the second quarter of 2007.

Coldwater president and chief merchandising officer Georgia Shonk-Simmons appeared to agree with Whitfield’s assessment that the merchandise became dated and pointed out the retailer is upping its fashion content by integrating more shaped items and fitted fabrics into its assortment.

“It’s not taking the brand younger,” she said. “We have these customers coming into the store, but we recognize that we need a more relevant assortment to attract the same level of engagement for them as we currently have for the broader base. So it’s just a subtle shift and we have stores that are large enough.”

But Thomas Weisel’s Dunn said that Coldwater’s problem is that “it does not have much brand awareness.”

Although Dunn and some other analysts agree misses’ retailing probably won’t rebound to where it was at its peak, Kathy Bradley-Riley, senior vice president of merchandising for The Doneger Group, is slightly more optimistic.

Bradley-Riley characterized the misses’ customer as “less brand loyal” than before, with a “way younger mind-set” than her mother, yet she still sees “sparks out there.”

“If we give her something new, she responds,” Bradley-Riley said. “She hasn’t shut down completely.”