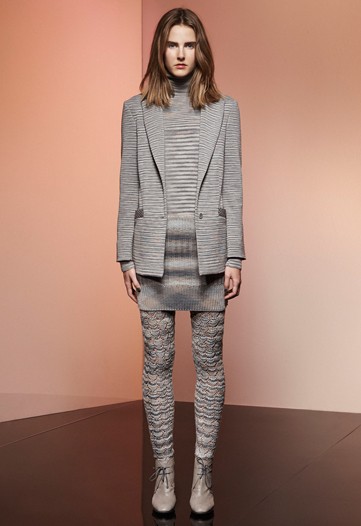 “This brand has many icons, which is a great thing, as they have inspired the last 50 years of fashion,” the designer said. “But since they don’t always fit in with the mood of the new collection, this is a valid alternative.”

For better visibility, each capsule collection will have a small, dedicated area within the brand’s 40 stores worldwide. Vittorio Missoni, who oversees institutional affairs at the privately owned Italian company, said the undertaking was especially well-received in the U.S., where Saks Fifth Avenue, Neiman Marcus, Bergdorf Goodman and Nordstrom, among others, picked up the collections.

“We see this project as a way to fuel sales, and we expect increases of up to 10 percent in some markets, especially now that the hemorrhage of losses in revenues seems to be waning,” Vittorio Missoni said.

The company reported sales of 81 million euros in 2008, or $116 million at average exchange rates. For 2009, Missoni estimates a 10 percent drop in revenues.

Citing Issey Miyake’s capsule collections featuring pleats as inspirational, Angela Missoni noted consumers are more eager to buy into a brand’s heritage these days. Both the zigzag and space-dyed groupings will count 40 day looks and 15 evening ones.

Black isn’t exactly a core color for Missoni, but when it’s featured, it sells very well, said Angela Missoni, as “many of our weaves stand out in black, a color our customers find flattering.”