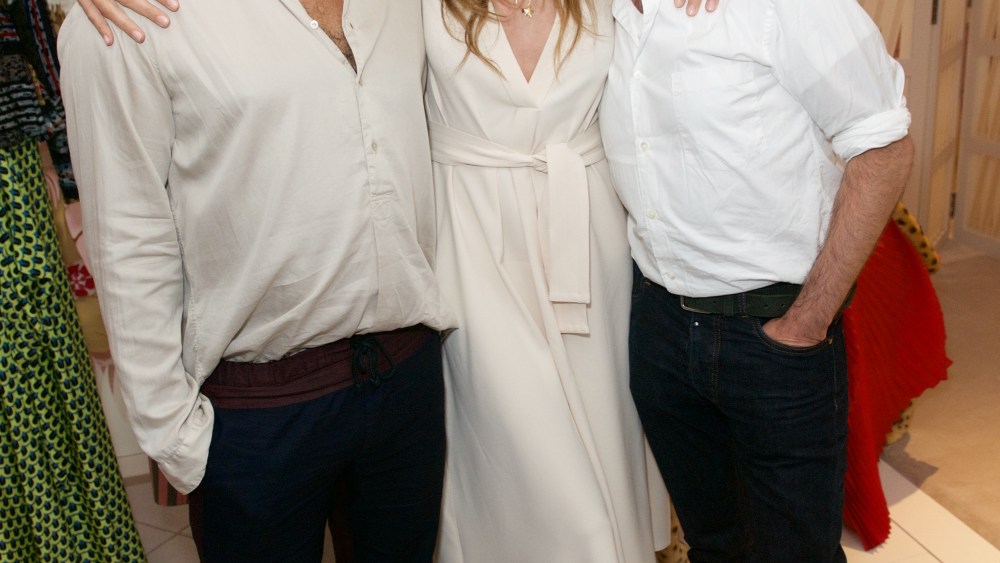 TALKING TOME: New York label Tome is having a London moment, debuting at Fenwick for pre-fall and linking with Moda Operandi in London for resort 2017.

Tome’s designers, Ramon Martin and Ryan Lobo, were in London to mark both milestones. Fenwick, on Mayfair’s Bond Street, “is our first brick-and-mortar launch in all of Europe,” said Lobo. “We love the brand mix and felt like it was the right fit; it’s going to be a nice partnership.”

Moda Operandi hosted a trunk show and party at its London headquarters for the designers last week, which featured life-size — but not real — cheetahs wearing some of the resort styles. “No animals are safe around here right now,” said Martin. “If anything comes near us, we’ll dress it.”

The evening’s hostess-in-chief was the model and philanthropist Elisa Sednaoui. She runs a charitable foundation that champions arts-based initiatives for children, while her friends Martin and Lobo use different artists as inspirations for their collections. Resort 2017 looked to Patricia Cronin, whose “Shrine for Girls” installation is a meditation on female victims of trafficking.

Looking ahead, the designers said they are in the early stages of planning their own group show, inspired by “a squad of artists,” according to Martin, although he declined to reveal any details.

London wasn’t all about work for the designers. “While we’re here, there’s just enough time to get to the Tate Modern,” said Lobo, adding that they planned to take in shows by Agnes Martin and Mona Hatoum. The latter was one of the inspirations for their fall 2016 collection.