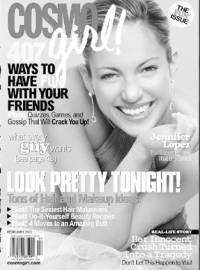 In March, Montano will begin designing a collection of home furnishings for Mervyn’s, a midtier retailer, operating 264 locations in 14 states, that is a division of Target Corp.

Montano’s line is scheduled to hit stores this summer. He said the collection will target the teen girl, and while he remains tight-lipped on the details, he said the line will reflect the signature colorful clothing designs he creates each season.

“This relationship I have developed with Mervyn’s is really good, and I am looking forward to designing the collection for them,” he said. “Eventually, it could lead to a junior sportswear collection for them. But that’s probably pretty far down the line.”

According to a spokeswoman for Mervyn’s, Montano’s line will add to the already extensive mix of branded and private label home products offered at the stores. Montano’s collection will allow the customer to purchase trendy and fashion-forward home merchandise, a niche the company has been looking to fill, she said.

While neither Mervyn’s nor Montano would offer a sales projection for the line, the potential is big. For the nine months ended Nov. 2, Mervyn’s year-to-date sales were at $2.67 billion, which represents 8.9 percent of Target Corp.’s total sales.

It also follows the strategy of Target Stores, which in recent years has turned to designers such as Mossimo, Todd Oldham and Cynthia Rowley to create exclusive branded lines.

The collaboration between the designer and the store isn’t Montano’s first time entering the teen market. Three years ago, he began what has become a monthly feature in Cosmo Girl magazine called Cool Room. The magazine sends Montano all around the country to makeover teen bedrooms each month, much like many of the reality TV shows such as “While You Were Out” and “Trading Spaces.”

While Cosmo Girl’s Cool Room started three years ago with the launch of the magazine, according to editor in chief Atoosa Rubenstein, the feature has become one of the most important parts of the magazine.

“For many of our girls, Cool Room is the first thing they turn to,” Rubenstein said. “It has become part of the DNA of Cosmo Girl and is just as much a part of it as I am.”

Montano’s run with Cosmo Girl inspired him to write a book, “Super Suite,” published by Universe Publishing late last year, which he hopes will further inspire teens to turn their rooms into comfortable and safe environments. He conducted 15 makeovers for the book, and in it he aids the reader through creative and money-saving ways to decorate, such as the lamp made entirely of plastic cups or the bookshelf made of stacked fish tanks.

“Teens can really develop great self-esteem from projects like decorating their rooms,” he said. “When I decorate these rooms, I try and encourage the parents to become a part of the process and help them to realize that when they help their kids create their environment, they are more likely to be invited into it. It can be a real bonding experience and teaches mutual respect between parent and child.”

Besides getting his fall collection ready for a show in Bryant Park on Feb. 7, Montano is planning his second book and shopping a pilot for a makeover TV show of his own. While he’s busy with all of this, Montano makes sure to return his more than 100 e-mails a day from Cosmo Girl readers.

“These girls are so great,” he said. “They are creative and willing to try new things. I really learn a lot from them.”

Montano said the relationship he has developed with Rubenstein has helped him to understand teens and encourages him to go that much further in order to provide them with what he can offer.

As he stood in the East Village shop he opened in 1989, Montano said, “This store used to be my income. Now it has become an advertisement for the other projects I am involved in.”

Montano now has five design assistants working with him, as well as two seamstresses who work outside of the store/design space/showroom. After Fashion Week, Montano will close the store and turn it into a showroom for buyers from the 35 specialty stores that carry his line.