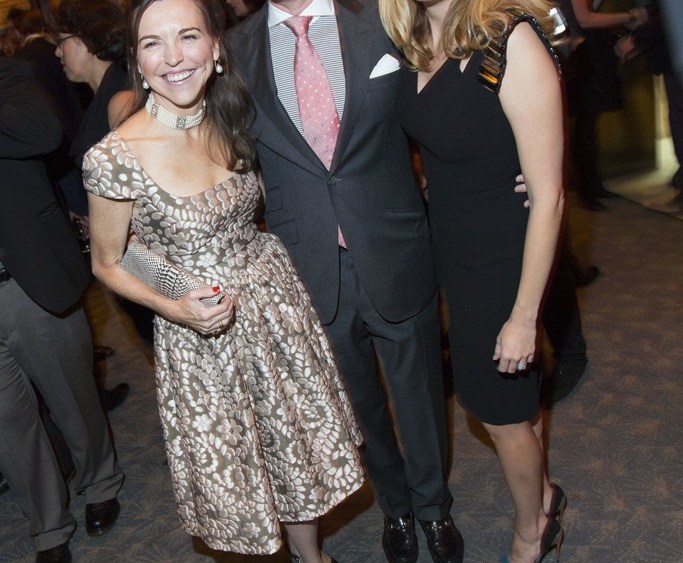 AFTER PARTY: As a rush of vodka launches, jewelry dinners and film premieres flooded the Manhattan social daybook last Tuesday night, a reliable group of philanthropic-minded New York socials headed to The Four Seasons for the Museum of the City of New York’s After Dark party. Jamie Tisch, Jamee Gregory, Helen Schifter, Somers Farkas and Cristina Greeven Cuomo were among the crowd in the pool room for the annual event, sponsored this year by Badgley Mishka and Graff. Though the evening, which honored longtime museum boosters Celerie Kemble, Allison Rockefeller and Eric Javits, was a mostly restrained affair there were hints of slightly more raucous vibes in the air.

“You see all those hooks?” party planner Bronson Van Wyck explained to one partygoer, pointing to the ceiling and recalling the time he hung a disco ball in the ceiling for another fete. “Each only holds about 30 pounds. So you wind up creating a webbing for your disco ball.”

Elsewhere, Jennifer Creel offered a bit of nerve-calming advice to museum board member, and its most public champion, Mark Gilbertson, ahead of his delivered remarks. “Why don’t you take a beta blocker?” the socialite said with a smile.