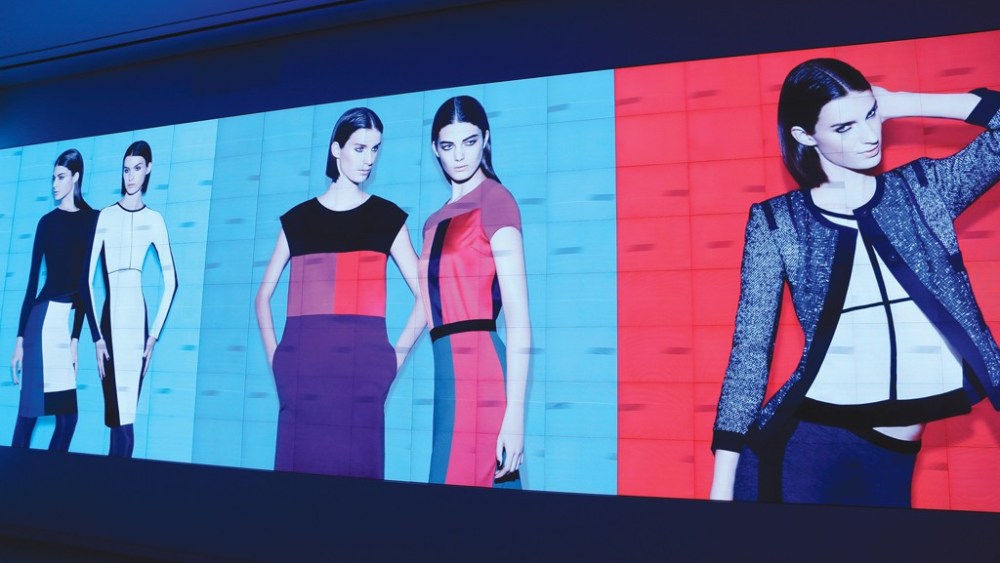 Narciso Rodriguez and Kohl’s rented out the vast ground floor of the IAC Building Monday for the launch of his DesigNation collection, in Kohl’s Nov. 7 at 7 a.m.

Not to be outshone by the gigantic digital projections of his affordably priced collaboration, a few celebrity supporters were in attendance, including Julianna Margulies and Emma Roberts, both wearing dresses from Rodriguez’s Kohl’s line. “She makes everything look great,” said the designer of Margulies, a longtime friend and supporter whose black-and-white color-blocked dress looked remarkably close to his signature collection, not coincidentally. “It’s one of our classic styles, from 2003 or 2004, that we do in different ways every season,” said Rodriguez.

Also in attendance was Katie Holmes, who posed for photos in a black shirred Rodriguez for DesigNation dress but declined to talk to press. If she had, the question of the evening was about the final presidential debate: Are you going to watch it?

“I get very nervous watching those debates,” said Margulies. “They make me not sleep well, so my husband watches and I go learn lines in the bedroom and he tells me how it’s going.”