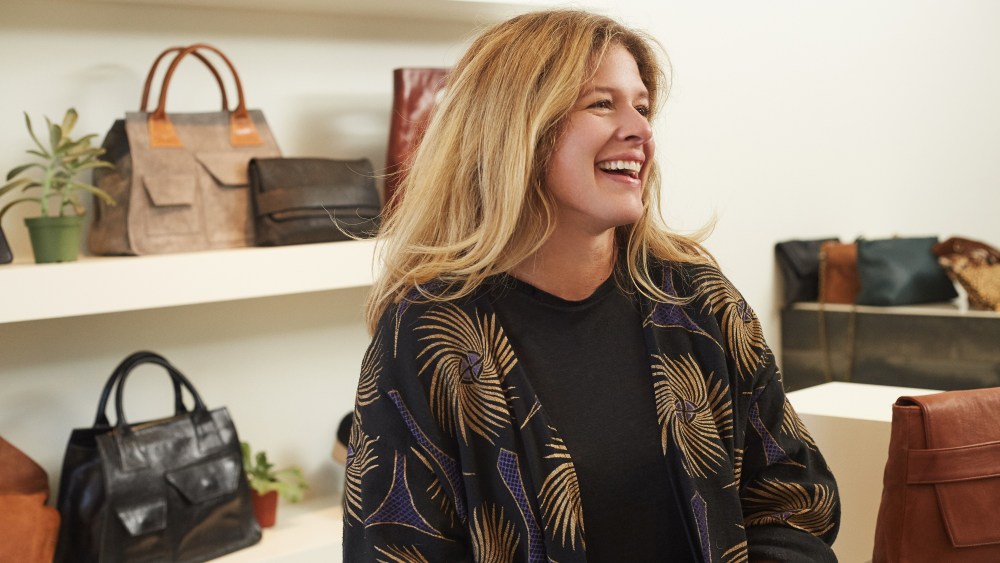 NASHVILLE — Tumbleweeds weren’t exactly rolling through the streets of Nashville’s 12South neighborhood when, in 2009, husband-and-wife team Carrie and Matt Eddmenson opened their high-end denim boutique, Imogene + Willie, in a gas station formerly known as George’s Transmission. But the area certainly wasn’t awash in energy, as it is now.

Today, 12South is one of Nashville’s most vibrant and walkable neighborhoods and it has attracted one fashion boutique after another.

The latest to move into the area is Nashville-based accessories and fashion designer Ceri Hoover, who will open her brand’s flagship on Friday in the 12th & Paris Building.

The 500-square-foot store, Hoover’s first, will offer the full range of the accessories brand’s premium leather handbags and shoes, which are wholesaled to more than 150 U.S. boutiques. It will also be the exclusive vendor of the brand’s new women’s apparel line.

“It reminds me of NoLIta in New York,” Hoover said of 12South. “I love everything about NoLIta — the intimacy, the welcoming vibe. And that’s what I love so much about 12South.”

The neighborhood never lacked for charm, what with its historic four squares and large park, but it had a reputation. For years, locals called it “the bad side of Belmont” due to the presence of crime and drugs. Plus, it attracted businesses that were industrial in nature and didn’t require foot traffic.

Imogene + Willie changed that because, as Eddmenson explained,  he and his wife “fell in love with a gas station” that could be rehabbed for use as their boutique. Almost overnight the 2601 12th Avenue South location attracted a celebrity clientele that included Gwyneth Paltrow, Dan Auerbach of the Black Keys and Jack White of The White Stripes. Developers soon arrived, carving out new spaces nearby for chic restaurants, bars and condos.

Now the fashion stores attract locals, tourists and students from the nearby universities of Belmont, Vanderbilt and Lipscomb.

In 2013, Holly Williams, a singer-songwriter and granddaughter of Hank Williams Sr., opened White’s Mercantile in a rehabbed gas station at 2908 12th Avenue South, describing it as “a general store for the modern-day tastemaker.” It features home goods and outdoorsy fashion, such as Woolrich plaid shirts and Filson bags.

“I try to really highlight local talent when I can,” Lewis said.

In 2014, celebrity stylist Claudia Robertson Fowler, who has worked with Martina McBride, Miranda Lambert and Faith Hill, opened Hero at 2306 12th Avenue South. It features what Fowler calls “hero pieces” — ones that are key to a look.

“I chose 12South for our Hero store location mainly because of the cool surrounding businesses, and because it’s a walking neighborhood,” Fowler said.

In 2014, jewelry designer Judith Bright moved her flagship to a cottage at 2307 12th Avenue South.

She said that “12South developed organically and is filled with owner-operated stores and restaurants, which lends a personalized vibe to the street.”

Draper James chief executive officer Andrea Hyde, the former president of C. Wonder, said the store is a reflection of “fond memories” Witherspoon had of shopping at a downtown Nashville department store as a child.

“Her mother wrapped gifts there during the holidays,” Hyde said. “They had bunnies in the center of the store at Easter and they served hot apple cider at Christmas time. Draper James wanted to re-create this kind of community experience in 12South.”

Within months of Draper James’ launch, the Beverly Hills-based cupcakery, Sprinkles Cupcakes opened next door — surely a sign of any neighborhood’s haute-ness.