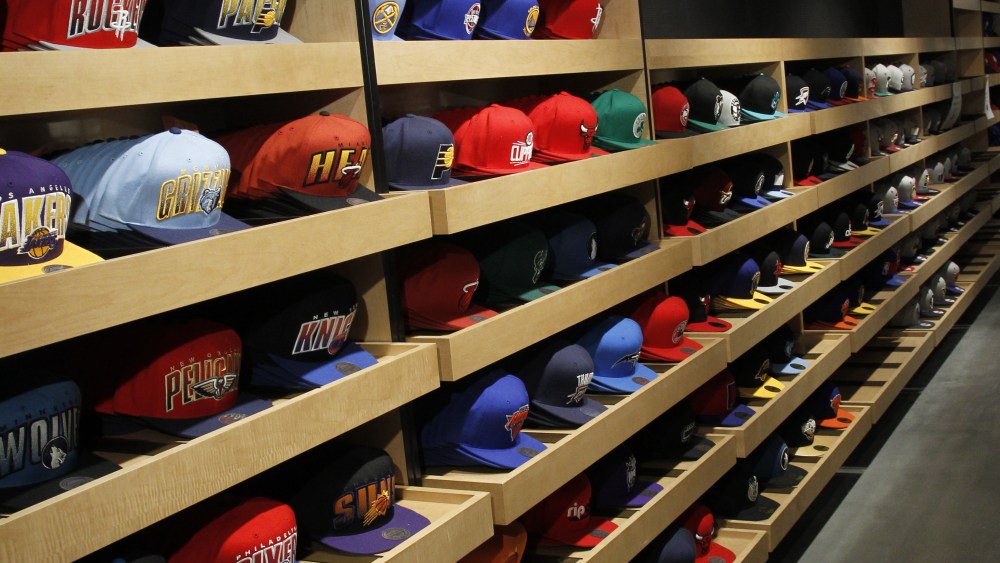 NEW YORK — The National Basketball Association is ready to put down roots on Fifth Avenue again with a retail store that it believes offers the first omnichannel experience for any sports league.

The 25,000-square-foot store at 545 Fifth Avenue at 45th Street is expected to open to the public next week. Select media previews will be held starting today.

The last NBA flagship at 666 Fifth Avenue closed four years ago, and since that time, the league had been searching for the right location while it operated a smaller, temporary store.

Although the 666 Fifth Avenue store was larger — 33,000 square feet — there was a lot of “dead space,” said Chris Brennan Sr., vice president of global retail development and global merchandising for the NBA.

The new store offers 15,000 square feet of selling space over three floors and includes a number of bells and whistles.

Sure, there are the requisite jerseys, hoodies and hats — in fact, the flagship will offer the largest in-store collection of official NBA, WNBA and NBA D-League goods — but it’s the extras that make it stand out. From the street, customers will see a 32-foot-tall basketball “net” lit by 31,000 LED lights that reaches to the second floor. The net is topped by a sculpture that is designed to replicate a basketball tread.

Brennan called this the “centerpiece of the store,” and “when we do broadcasts, we will set up there.”

In several locations throughout the store, there are fan engagement screens where customers can find out about their favorite players, teams, what’s trending on social media, game recaps and even buy NBA tickets. They range in size from 46 inches to 84 inches, are available in seven languages and also provide access to NBAStore.com.

All told, the store offers 75,000 units from 60 licensees. There is also a smattering of exclusive and limited-edition product available only at the flagship.

On the main floor will be a 400-square-foot video wall displaying the latest league news, game highlights and social media posts. Seasonal product and special New York City merchandise will be offered here.

The second floor will house kids’ and women’s apparel as well as home goods.

In the kids department, all 30 NBA teams are represented with on-court jerseys and fan gear, merchandised in a locker environment. “We had success in the last flagship with this,” Brennan said.

Next to the jerseys are two Pop-a-Shot machines and a graphic that encourages fans to “measure up” against some of the players, who range in height from 6-foot, 1-inch to over 7 feet tall. There are also video game kiosks.

Running across the ceiling are 10 video screens with game highlights and other content intended to engage customers.

Behind the cash wrap is a rookie area where some of the game’s most-famous players are shown in their rookie year photos.

The women’s area offers both licensed and ath-leisure product from Adidas, Mitchell & Ness and Majestic Threads.

There is also an 0-7 department for infants and toddlers which leads into the home area where all the nonapparel merchandise is housed. This includes tumblers, bedding and other items.

In the rear corner is a concierge service that offers private tours, personal shopping and shipping options.

The fixtures on the second floor are all movable so the location can be used as a 3,000-square-foot event space for product launches, player appearances and press conferences.

Throughout the store, fixtures sport authentic Spalding pebble grain tops and maple wood the color of the league’s official courts.

In addition to licensed product, there is an assortment of basketball-inspired product from Nike, Adidas, Under Armour and Brand Jordan in the men’s and boys’ departments.

On the lower level, the Spalding basketball chandelier is an eye-catcher. It features 68 game balls and was made specifically for the store. There are handprints where shoppers can gauge their hand size against players, a Hardwood Classics area featuring retro fashion apparel along with a gallery wall with memorabilia.

There is an Authentics department in which the higher-priced merchandise is housed and includes an 84-inch transparent display where messaging and mannequins will be displayed. There is also an area for limited-edition lithographs, high-end watches and other upscale merchandise.

The men’s merchandise is housed on this floor with a large assortment of licensed and lifestyle product. “This was one of the most successful and productive areas in the old store,” Brennan said.

For the first time, there is a big and tall area, which will offer hooded fleece pieces, pants and T-shirts. “There was a big demand for this in the old store, but we didn’t have the space,” he said.

And there’s a wall of 2,500 hats, for every team, as well as some knit versions.

In the rear is a 40-foot footwear wall made on an undulating nylon “shoelace.” Some 250 styles will be offered as well as limited editions.

A personalization area will enable fans to put their own names or their favorite player’s names on jerseys. The jerseys will sell for $125 for adults or $100 for kids.

“This could be one of our most productive areas,” Brennan said. “Our first store had it but in a limited way.” Any team jersey not carried in the store can be ordered and shipped within a day or two.

“This is one of the big online features that we’re bringing to the store experience,” said Ross Tannenbaum, president of memorabilia and in-venue divisions for Fanatics, which is operating the store.

Fanatics is the largest e-tailer in the sports arena and sells licensed sports items and memorabilia through its Fanatics, FansEdge and Fanatics Authentic Web sites. It has operated the NBA’s e-commerce site for nearly 10 years.

Store associates will be armed with handheld tablets to offer point-of-sale checkout and access to the online store. “It makes a 15,000-square-foot store like a 100,000-square-foot warehouse,” Tannenbaum said. “If you’re not approaching brick-and-mortar and online at the same time, you’re missing the boat.”

This is the NBA’s only flagship in the U.S., although the league does have other stores overseas in the Philippines, China and Taiwan.

The executives declined to say what it cost to build the store, which was constructed in conjunction with Gensler, Kurt Salmon and TAD Associates. Nor would they provide a volume projection. But with all these extras, it wasn’t cheap.

“This store represents a change in the whole dynamic of how we look at licensed sports product,” Tannenbaum said. “It was worth every penny.”