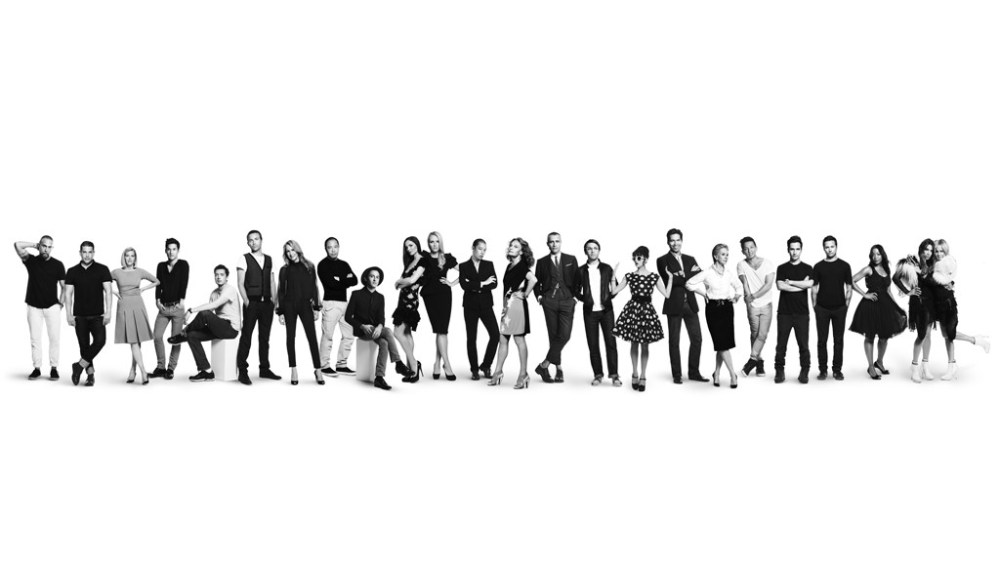 Opposites attract, and Neiman Marcus and Target know it.

Neiman’s, the luxury chain, and Target, the trendy discounter, are getting together for Christmas in an unprecedented partnership whereby they jointly corralled 24 CFDA designers to create items for a limited-edition holiday collection, WWD has learned. The Target + Neiman Marcus Holiday Collection will be sold beginning Dec. 1 at all 1,763 Target stores and the 42 Neiman Marcus stores, as well as online at target.com and neimanmarcus.com.

The collection ranges from $7.99 to $499.99, with most items less than $60. Designers who created pieces for the collection include Carolina Herrera, Derek Lam, Diane von Furstenberg, Jason Wu, Marc Jacobs, Oscar de la Renta and Tory Burch.

According to top executives from both stores, the collection will include more than 50 limited-edition gifts in men’s, women’s, children’s apparel and accessories, as well as other categories that some of the designers are getting into for the first time, such as sporting goods, home decor, pet accessories and accessories for electronics.

Each designer created one to three items.

“We have been talking to Target over the years about doing some sort of collaboration, but we never found the right time or right way to do it,” until this year, Karen Katz, president and chief executive officer of Neiman Marcus Inc. told WWD in an exclusive interview. “This is kind of ground-breaking. Neiman Marcus and Target share a passion for great design and delighting customers in new and unexpected ways.”

“Target and Neiman Marcus are known for charting new terrain and, by joining forces for the holiday season, we’ve set the stage for a redefining moment in retail,” said Gregg Steinhafel, chairman, president and ceo of Target Corp., who visited Neiman’s Dallas headquarters earlier this year, with some of his top executives, to get the project off the ground. Likewise, Katz led a trip with some of her lieutenants to Target’s Minneapolis headquarters, and lots of meetings with the working teams were held subsequently in both cities, as well as New York to meet with designers.

Target had two minor, less complex tie-ins with Barneys New York, first in 2008 where Target previewed a Go International eco-friendly collection by Rogan at Barneys flagships in New York and Beverly Hills, and later in 2010 when Barney’s Simon Doonan created some Halloween costumes for Target. However, executives stressed that the partnership with Neiman Marcus is vastly different since Target and Neiman Marcus are working hand-in-hand to create a holiday collection. “This collaboration is unlike anything Target has done before, and we are confident our guests will be thrilled with this extraordinary collection that features some of America’s most preeminent designers,” Steinhafel said.

“We gave the designers a lot of latitude,” added Kathee Tesija, Target’s executive vice president of merchandising, describing the merchandise. “The collection will have far-reaching appeal. It will resonate with consumers who shop with Neiman Marcus or Target or both. It will be a diverse mix of exceptionally designed product at great values. Some of the designers chose to create things in their wheelhouse — what they do everyday. And some really wanted to do different things.”

Tesija said the project from conception to the Dec. 1 launch of the collection would be about a year in the works.

“We have never been involved with anything like this with another retailer,” Tesija said. On the surface, “It appears we are very different. Our store experiences are very different. It took us some time to brainstorm on the idea. But we have a lot of similarities — our love of design for one, and the concept of 24 really diverse designers got us all excited. We really formed one team and approached this together, as a team. I would say there was a working group of about 50 people, in merchandising, marketing, design, technical areas and sourcing. Every functional area had representation,” from both Target and Neiman’s.

“At times, it was hard to tell who was from the Target team and who was from Neiman Marcus. It was one big melding.”

Independently, the executives acknowledged, it would have been tough for either retailer to pull off a holiday collection of such scope. “Certainly, Neiman Marcus has great relationships with all of these designers. Twenty-four at one time might have been a little tricky for us. So [Neiman’s] definitely brought that to the party.”

Target, Tesija added, brought its sophisticated design and sourcing organization. “The key was when we put it all together, it allowed us to move very quickly and put together an incredible collection.…What surprised us was how much we think alike. It was really fun and energizing. When you work for a retailer, you don’t talk to other retailers very often.”

“Target really has the supply chain to help get these products designed and manufactured at the quality level we both want,” said Katz. “We don’t do very much direct sourcing. That is not necessarily a strength of ours. We could give lots of introductions to all the designers, but from a supply chain perspective, they are extremely well-equipped.”

The executives said it was too soon to discuss product descriptions or the marketing plans, or how much volume they expect the holiday collection to generate, though they did say that silk, leather, hand-beaded, hand-blown glass and 10-karat gold detailing are components.

“We think it will be a substantial amount of volume,” Tesija said. “This will be significant. We will each have our own inventory. All of the items will be carried at both stores, at the same price. I don’t think [the collection] will be in stores for very long.” She declined to predict a time frame, though industry sources expect Target and Neiman’s will run out of product in a matter of several days, or at most two to three weeks.

“We are going to merchandise it all together as one shop. Both Target and Neiman’s will be shop concepts,” Tesija said, unlike last year’s Missoni collection at Target where products were spread out in different areas of the store. Target miscalculated the demand which was so enormous that Target’s Web site crashed.

A big marketing campaign for the upcoming holiday collection is being planned utilizing television, print, digital and social media, and a logo bearing the names of both stores will adorn the in-store shops and the advertising.

The executives said it made the most sense to launch the joint collection on Dec. 1, instead of Black Friday, the official kickoff to the holiday season. “The mind-set of the guest is different in the early part of the holiday season when there is a lot of focus on discounting, deal-seeking, electronics and toys,” Tesija explained. “The Target + Neiman Marcus Holiday Collection is not a promotional vehicle.”

If the Target-Neiman Marcus collection scores big, there could be additional tie-ups for Neiman’s and Target, even if they do seem like strange bedfellows. “At this time, we really don’t have anything to share about any future partnerships,” Tesija said. “We have had a great experience working together.”

“At this point, we just want to get the collection delivered to the stores,” Katz said. “We are taking it one step at a time. It’s no easy feat getting all the pieces and parts of this together. It’s something unique and unexpected.” It’s also product that’s lower priced than usual at Neiman’s, though for Christmas, it’s been standard procedure for Neiman’s to present a range of product with a very wide price spectrum.

Asked if having the Neiman’s name represented inside Target could dilute the Neiman’s aura, Katz replied, “We don’t think so. The product and the design is so terrific. For Neiman Marcus, it’s so unexpected.”

Tesija and Katz agreed that Target and Neiman’s don’t really make such an odd couple. After all, cross-shopping is a growing trend. “Most of our customers buy something at Target, maybe detergent,” Katz said. “But this is fun and unique. We hope it brings a smile to our customer’s faces.”

Asked if this represented an attempt to broaden the customer base, Katz said, “The goal is really to offer our core customers and new customers an opportunity to select holiday gifts that are unique and unexpected.” The collection will not be offered at the Bergdorf Goodman division of Neiman Marcus Group.

To celebrate the partnership, Target and Neiman Marcus are donating a total of $1 million to the Council of Fashion Designers of America. “I can think of no better finale to CFDA’s 50th anniversary celebration than through this extraordinary designer collaboration,” said von Furstenberg, president of the CFDA. “As designers, creativity is our best gift, and with the generous support of Neiman Marcus and Target, we are happy to have created specially designed products as a thank you to share with our consumers and friends.”