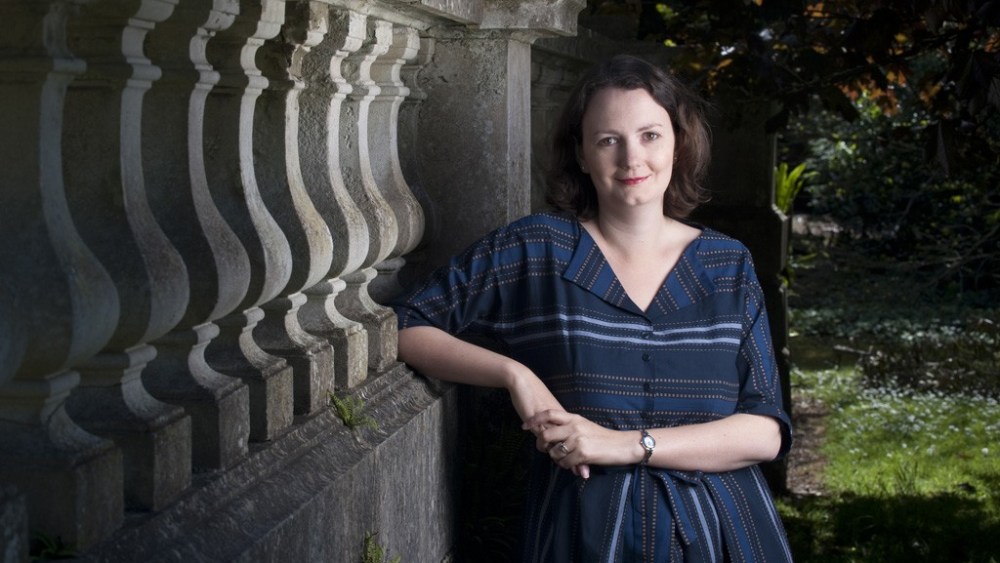 Benjamin Disraeli, the only Jewish-born prime minister England has ever had, and his wife, Mary Anne, who married in 1839, were an unusual pair for their day. At 46, she was 12 years older than he was and an affluent widow of a member of Parliament, Wyndham Lewis; Disraeli was a bachelor, a Conservative politician and novelist who converted to Anglicanism at age 12, who had run up large debts early in life and seemed only to compound them later. While much has been written about Disraeli, his wife has scarcely been chronicled — until now.

Daisy Hay, the author behind the well-received “Young Romantics: The Shelleys, Byron and Other Tangled Lives,” will come out with her second book, “Mr. and Mrs. Disraeli: A Strange Romance” (Farrar, Straus & Giroux), on Feb. 17.

When asked why Mary Anne’s life story has largely been ignored, Hay says, “Well, I think it’s partly to do with the paper that gets kept. All of Disraeli’s letters that were received were kept, but no one was doing the same thing for hers. There’s the difficulty of reconstructing her life from her archive. The second reason was that she didn’t fit, didn’t conform to the model of what a Victorian wife should look like. She’s an oddity: richer, older, less well-educated than Disraeli, less clever. It’s easier to relegate someone to the sidelines who’s odd. She was transformed into the angel in the house, the perfect wife, which often happens. The final thing is her terrible handwriting. It took me six months to learn to read it; it’s like reading hieroglyphics, [the work is] incredibly painstaking and so slow that that scares people off.

“I ended up really liking [the Disraelis], and I tried really hard not to be sentimental about them. They have such rich voices, both of them, they make people smile. The archival material just sings — so offbeat, so funny.”

Both played many roles, and both also fictionalized their romance. “Mary Anne always tried to look much younger than she was,” Hay says. “She wore very, very bright blue or crimson silks, laces. She had one of the most amazing inventories of jewelry drawn up at the time of her [second] marriage. There were three pages of descriptions of bling, brilliants. She was so overdressed and so grand, out-dressing the queen’s ladies-in-waiting. One of them told her to wear ‘only a short train’ to a particular event. She loved clothes so much she sent back to her sister-in-law long descriptions of Paris fashion. She knew that clothes make you. The queen really did warm to Mary Anne Disraeli, who was very touching in her adoration of Dizzy. Lots of people were very critical of Queen Victoria’s extended state of mourning [after the death of her husband, Prince Albert]. But Disraeli understood her and understood grieving, and understood how to make her feel that he understood.”

Hay believes Mary Anne, who began life as the pretty daughter of a sailor, has been misjudged by Disraeli’s admirers. “She had an extremely shrewd good sense and enabled lots of his success,” the author says. “When she acquired some independence financially, she decided what she wanted to get and went out and got it. She had an iron determination — she was just going to be the person that she wanted to be, and you feel it very, very strongly through her papers. People are very rude about her, but she enables Disraeli to tell a story about his private life.

“The idea of personal stories in British politics, that comes partly out of Disraeli’s generation in the U.K., like Lincoln and all the photos he had taken [in the U.S.]. There’s a commodification of their story. When he says that he feels like crying when looking at a portrait of his wife, he’s one of those politicians who says, ‘I’m not like them, I’m like you.’”

“Dizzy married me for my money,” Mary Anne famously said. “But, if he had the chance again, he would marry me for love.”

“Elections are about excitement, enthusiasm, having a good time, a carnival,” Hay says. “She distributes ribbons, cakes, kisses voters, makes friends with every voter she can find, wears Welsh outfits for elections in Wales, infects voters with enthusiasm. When she said, ‘I was safely delivered of a set of twin members’ [meaning members of Parliament], that was not entirely misjudged.”

As a politician, Disraeli is “really credited with inventing the modern Conservative party, and creating two-party politics, using the ballot box, not parliamentary votes,” she says. “In his second term in the 1870s, after Mary Anne died, he improved his socially liberal policies.”

There were also “imperial territorial expansions,” she continues. “After the Council of Berlin, he and Bismarck remade Europe, and Victoria was made Queen Empress of India.”

Hay, who has a B.A. and a Ph.D. from Cambridge University and an M.A. from the University of York, has had fellowships at St. Anthony’s and Wolfson College, Oxford, and at the Radcliffe Institute and currently teaches at the University of Exeter. She says of this book, “There was a cast of silent women I wanted to give a voice to. I also wanted to show in many ways how unusual Mary Anne was, to speak to the story the papers were telling me.”

Hay’s mother, Amanda Mackenzie Stuart, is also a biographer. Hay has long known that she wanted to write and first became acquainted with Mary Anne’s story at age 13, when an English teacher gave her a copy of a book by Doris Leslie, based on her life, called “The Perfect Wife.” “It’s funny,” Hay says, “it was always the second book I was going to do.”