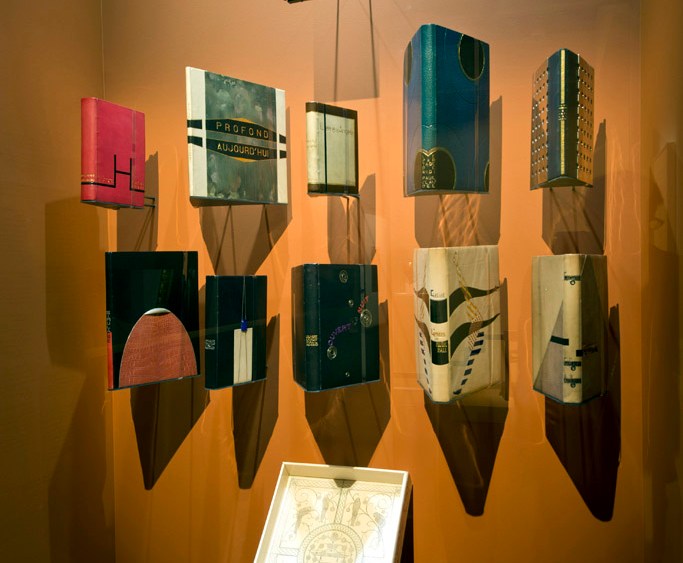 A new exhibition at the Fondation Pierre Bergé-Yves Saint Laurent in Paris brings together works gathered by Yves Saint Laurent and Belle Époque dressmaker Jacques Doucet, highlighting the eclectic spirit behind their hoard of paintings, furniture and art objects.

Picture a Goya sandwiched between a Mondrian and a Matisse, or an African mask opposite a Brancusi sculpture of a head. The exhibition, which opens today, is the last major show at the foundation before its transformation into a permanent YSL museum.

The first three rooms are inspired by Doucet’s final home at 33 Rue Saint-James in the Paris suburb of Neuilly in 1928, while the last two recreate the ambiance of Saint Laurent and Bergé’s much photographed apartment at 55 Rue de Babylone in the French capital in the Seventies and Eighties.

“The result, as Pierre Bergé commented, is that he has never in his life seen an exhibition with this many masterpieces per square meter,” said Jérôme Neutres, curator of the exhibition.

Among the 120 works on show are paintings by Pablo Picasso, Georges Braque, Amedeo Modigliani, Édouard Manet, Joan Miró, Fernand Léger and Andy Warhol. There are faux sheep by François-Xavier Lalanne, a stool by Pierre Legrain and original manuscripts, including André Breton’s “Nadja.”

The objects have been juxtaposed in combinations inspired by photographs of the original homes and their contents, which are displayed on two video screens.

“We have to try to convey to visitors the emotion that was created by the dialogue between the works of art,” said Neutres. “It’s always a tricky exercise, because you have to suggest abundance, but stop just short of including that extra piece that is going to topple the whole house of cards.”

He noted, for instance, that Henri Rousseau’s “The Snake Charmer” — which now belongs to the Musée d’Orsay — was displayed above a sofa by Marcel Coard, marking the first time the pieces have been reunited since Doucet’s collection was dispersed after his death in 1929.

“These mash-ups, which can seem a bit lightweight in historical terms or baroque from a scientific point of view, are in fact more educational than many museum displays. Showing Amedeo Modigliani’s ‘Pink Blouse’ opposite Constantin Brâncusi’s ‘Sleeping Muse,’ as they were displayed in the Saint-James studio, allows anybody – even a 10-year-old who has never seen it – to understand there is a kinship,” he argued.

Neutres noted that although Doucet was a star designer in the late 19th century, dressing celebrities like actress Sarah Bernhardt, he has been neglected by historians, despite purchasing seminal paintings like Picasso’s “Les Demoiselles d’Avignon” and commissioning countless other works from Art Deco-era artists.

“Posterity has been unkind to him,” he said. “I think it’s extremely unfair. He really was a pioneer.”

Saint Laurent and Bergé were quick to recognize Doucet’s vision, purchasing three works from an auction of his collection in 1972. These include Giorgio de Chirico’s “Il Ritornante,” which is included in the exhibition.

The majority of pieces are on loan from private collectors and museums, but a couple didn’t have to travel very far at all.

Picasso’s 1914 Cubist painting “Musical Instruments on a Table” usually hangs in Bergé’s office one floor above the exhibition space, while Warhol’s portrait panels of Saint Laurent take pride of place in the conference room.