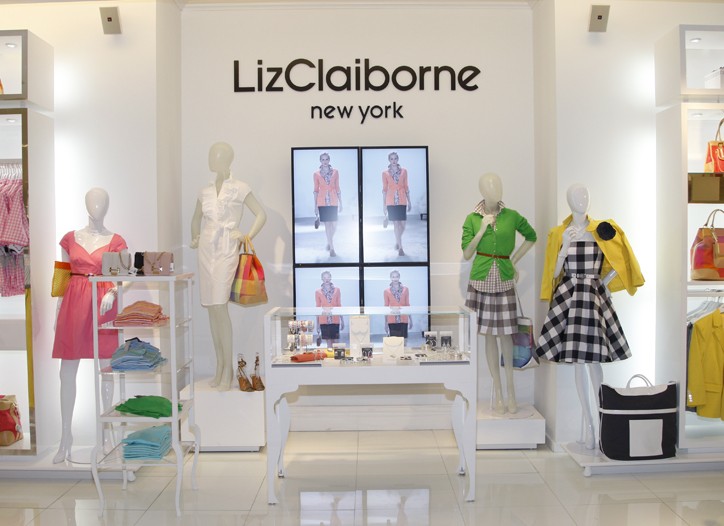 It’s a turning of the page at Liz Claiborne.

The iconic brand, as well as the Claiborne men’s label, will be sold exclusively by J.C. Penney Co. Inc. beginning next fall under a 10-year licensing deal that gives the retailer the right to buy the entire brand name from Liz Claiborne Inc. after five years.

“It was time to break the conflict inherent in the strategy that had a lower-priced offering of the Liz Claiborne brand at one department store in the mall [Penney’s] and a higher-priced version of it in a department store across the mall [Macy’s],” William L. McComb, chief executive officer, told WWD.

Under the terms of the deal, Claiborne will lead the design process and Penney’s will be responsible for sourcing, production, marketing and distribution. Claiborne will receive a design service fee and royalties as a percent of sales as well as gross profit sharing with guaranteed minimums.

A spokesman for Penney’s said while the company will continue to hold the rights to the Liz & Co. and Concepts by Claiborne names, it will “only move forward with the Liz Claiborne and Claiborne brands,” the latter used for men’s wear in lieu of the Concepts label.

The Liz Claiborne brand has been on unsteady ground at Macy’s Inc. since at least the 2006 launch of the Liz & Co. subbrand at Penney’s. Mizrahi, who had a successful line at Target Corp. and became a rising reality show personality, was tapped to bring some excitement to the Liz Claiborne New York line and its subbrands, but his take of the storied label failed to find the necessary traction when it hit the stores this year. Meanwhile, sources said Liz Claiborne executives were increasingly frustrated by the inability to get the brand into Macy’s stronger doors.

“I was told by a lot of smart people that it would be very hard to claw back the distribution that we lost even with a great relaunch,” McComb said. “You make your money in 20 percent of the doors and we weren’t in them.”

There has been some speculation that Macy’s wanted to drop the brand after paring it back for years.

“Macy’s may have been looking to start divesting the brand or dropping it because they were getting wind that we were going to do this,” McComb said.

But McComb said the licensing deal with Penney’s was a strategic move that became all the more compelling as the success of Liz & Co. became clear. The ceo also said it has become hard to serve numerous traditional department stores out of one showroom, since the product tends to get boiled down to the lowest common denominator.

Mizrahi agreed in July to launch a new line for QVC, Isaac Mizrahi Live, in December and host a companion show on the network. If he was disappointed about the new plans for the Liz Claiborne New York collection on QVC, it didn’t show. “I feel incredibly great about it,” he said. “We have been putting it together a while and it just feels so right…it’s such a direct way to address the consumer.”

Although Penney’s will manage the Claiborne business at its stores, Mizrahi said he will keep a close eye on it. “I won’t be involved in designing it, but I will be monitoring it as it goes along,” he stated, “and I am sure they will be monitoring what I am doing.

“It was a big decision corporately and aesthetically,” he added. “A lot of different things had to happen to make this [occur] and, honestly, it’s just good for the brand. And that’s all I care about in the end.”

He will promote the two lines on separate QVC programs, he noted.

The deal marks a turning point for both the long-suffering brand, once a pillar of the department store better floor, and for the Claiborne company, which has been dramatically restructured under the guidance of McComb.

If Penney’s does buy the name under the terms of the deal, as it intends to, the company cofounded by the late designer Liz Claiborne in 1976 could soon be out of the Liz Claiborne business in the U.S.

Should the deal with Penney’s turn out to be a success, it means one less problem for McComb, who is also working to turn around the European Mexx business and solidify Juicy Couture, Lucky Brand Jeans and Kate Spade as stand-alone businesses with hybrid retail-wholesale business models.

Also on McComb’s résumé at Claiborne is the forging of a sourcing arrangement with Li & Fung, which, with the launch of the Penney’s program, will no longer include production of the namesake brand.

The Penney’s deal could be a boon for the retailer, for whom analysts said the Claiborne brand has at least the potential of the American Living line, which is designed by Polo Ralph Lauren Corp.’s Global Brand Concepts unit.

“In many cases…the customer’s more loyal with the brand than the store where they bought it,” said Myron E. “Mike” Ullman 3rd, chairman and ceo of Penney’s, describing research the company conducted on the Claiborne brand. “Getting the pricing correct — which we learned to do with Liz & Co. — we think will help the brand.”

Ullman said the company’s intent is to take ownership of the brand in the U.S. and Puerto Rico. Liz Claiborne will be situated at the better and best pricing categories and be carried in about 30 merchandise categories. Penney’s operates 1,109 stores.

The launch will, in some ways, have a leg up on American Living’s introduction.

“It has a huge advantage by its brand awareness,” Ullman said. “Here, we start out with a brand that we know is one of our top masterbrands already. We want to double the volume over the next five years in Liz Claiborne women’s apparel.”

American Living “didn’t come across as a real brand and it definitely didn’t come across as Ralph Lauren,” Shah said. “The difference with Liz is it says ‘Liz Claiborne.’ That really can resonate in the customer’s mind. It’s an Americana brand that people relate to. You don’t have to sell the brand to the customer, you just have to sell the price point and the product.”

Macy’s, for one, is not sorry to see the Liz Claiborne brand go.

“The brand has not been performing for us,” said Jeff Gennette, chief merchandising officer at Macy’s, which carries the brand in 220 of its 810 doors. “We always look at underperforming locations and we were doing that with Liz in both the petite and the misses’ areas. That’s really been the trajectory over the years. We have been paring it down and the brand continues to underperform its competitors.” Gennette noted some changes in the Mizrahi-designed offerings this year, but said the brand continued to be a laggard. “There’s no brand out there that, if the product is not right, is going to do well,” he said. “It depends on the design talent at those wholesale partners.”

To compete, he said wholesalers also have to work to get fashions to the stores as quickly as possible.

“You have to have your pipeline shortened and you have to be able to react in season,” Gennette said. “The ones that are figuring that out are the winners.”

At least part of the space vacated by the Claiborne brand will be taken over by Rachel Rachel Roy and the new exclusive offerings from Ellen Tracy, a brand Claiborne sold last year. Gennette also said customers are asking for and responding to Claiborne’s Juicy Couture and Lucky Brand Jeans offerings.

In general, the deal was seen as a good one for Claiborne and Penney’s.

“Liz gets to eliminate its losses and gives J.C. Penney a much larger footprint with exclusive brands,” said Jeffrey Edelman, director of retail consumer advisory services at RSM McGladrey Inc. “This will be a forerunner of what we will continue to see at retail.

“No one needed Liz since the product wasn’t resonating with the consumer,” Edelman said. “Now Macy’s can free up some underproductive space with more exciting product and something that’s exclusive, such as the Ellen Tracy brand, and J.C. Penney should do well with the brand since they have been successful with Liz & Co.”

“This is a licensing agreement, so this will be good for Liz’s bottom line,” Loeb said. “It may be a more important development than American Living and may even compete with American Living because the brand is so well recognized and customers trust its sizes and design.”

Loeb said Claiborne could use a similar model for some of its other brands. “Everyone is looking for exclusivity. Longer term, Liz may become more a licensing than a producing company.”

And Standard & Poor’s equity analyst Marie Driscoll upgraded Claiborne’s stock to “hold” from “sell” and increased her 2010 earnings estimate on the company to 55 cents share from 5 cents. “The Liz brand has been crowded out — and losing money — at better retailers,” said Driscoll in her upgrade. “We look for a return to profitability in the next 12 months.”

In the six months ended July 4, Claiborne logged a net loss of $173.9 million, more than triple the prior-year level, as revenues slid 28.9 percent to $1.46 billion.