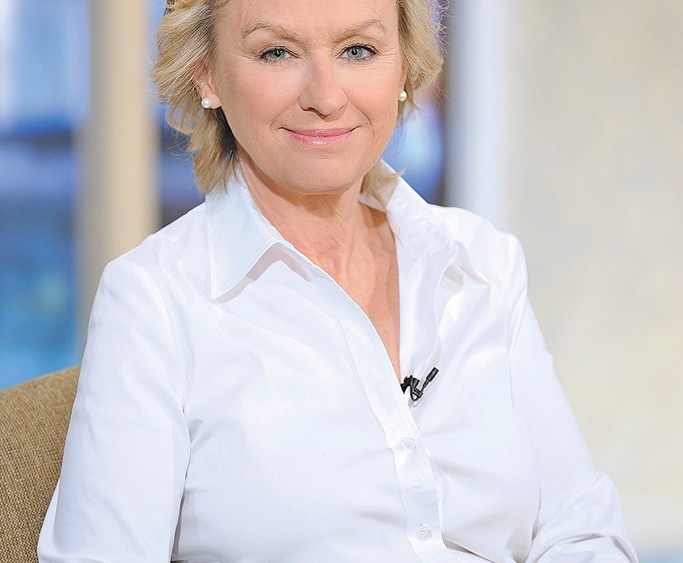 Earlier that morning, Brown told staff in a memo that Newsweek would publish 10 more issues before it abandons print on Dec. 31, the latest magazine to bet on a less-lucrative and so-far-unproven future strictly online. Newsweek Global is the name of the new, paid-subscription outfit.

The meeting was supposed to soothe the nerves of the 270-strong staff; the memo mentioned staff reductions. “We wish to reassure you the transition is well planned,” Brown wrote. Bagels and muffins were served. Lunch, staffers were told, was on the house.

Instead they left with more questions. Where will the layoffs come from? What departments would get hit, production or editorial? For an already streamlined staff that works at a breakneck pace to feed both a weekly magazine and a 24-hour Web site, sometimes staying late into the night to work on stories, it was hard to see where more cuts could be made.

Brown and Shetty didn’t specify the number of layoffs, nor when they would come.

“This was an unexpected way to meet everyone for the first time,” Shetty said, according to a source.

Brown was empathetic, but short on clarification.

“It was all boilerplate,” the source said. “Nobody really knows what’s going to happen. Some people know they’re safe, but, for others, it’s a question mark.” Later, a spokesman declined to go into specifics about layoffs.

Among publishers, the reaction was skeptical as to the implications for the rest of the industry. Newsweek, for instance, doesn’t have the economies of scale of a Condé Nast, Hearst or Bloomberg LP, which can sell advertising among many brands and combine printing costs. And seemingly, the print magazine had lost the support of owner IAC/InterActiveCorp., which is not the case at other publishers.

“The digital business is increasingly more scalable,” he said. But, “I have a solid magazine, a solid Web and mobile business. These things are all additive.”

For readers, Newsweek was one of many choices at the checkout counter and online, and increasingly, after a controversial summer, it had even begun to lose the credibility that had long defined it, contended Bloomberg BusinessWeek editor in chief Josh Tyrangiel.

“At a certain point, you’re already saying, ‘Is this really the best version of this thing?’” he said.

While Time magazine invented the newsweekly genre, Newsweek, joining the scene in 1933, was a serious competitor through several decades, especially in its coverage of the Civil Rights Movement and Women’s Lib.

The Washington Post Co. bought Newsweek in 1961, but over the years it lost readers and relevance, as did other newsweeklies, to the Web. In 2008, stereo and FM radio magnate Sidney Harman bought it and two years later merged it with the Daily Beast, which Brown had launched with IAC chairman Barry Diller.

The Daily Beast was supposed to “power the resurgence of Newsweek,” Brown told The New York Times at the time, and, in turn, the striving Web site would get credibility and a ready audience of over one million print subscribers.

Over two years, Brown tried every spell in her bag of tricks to turbo-charge the magazine — a redesign, high-profile hires, sensationalistic covers, sexually suggestive produce, even missives from her own pen.

Since she took over, print subscriptions have increased about 3 percent, according to the magazine. And in August, the Daily Beast had 6.6 million uniques, its biggest traffic ever, according to comScore.

But it was not enough to pull the magazine through a period that has been inhospitable to weeklies, and, in particular, newsweeklies — Newsweek’s newsstand sales fell nearly 10 percent through the first half of the year, according to the Audit Bureau of Circulations, while Time declined 31 percent. Both saw small declines in overall circulation — through June, Newsweek’s total circulation stood at 1.5 million.

Revenue from print advertising has also been weak but better than at its rival — total ad pages were up 2 percent through Oct. 15, according to Media Industry Newsletter; Time is down 19 percent.

“Our business has been increasingly affected by the challenging print advertising environment,” said Brown in the memo. She and Shetty were unavailable to WWD by deadline.

Newsweek’s losses — estimated at about $40 million — were eventually too significant for IAC to bear. BusinessWeek, on the other hand, loses an estimated $18 million a year, but Bloomberg continues to invest. “We bring value to the company in different ways,” Tyrangiel said, while declining to comment on financial losses.

But Diller is known to acquire properties, fix them up, and unload them when an investment doesn’t pan out. Simply put, his strategy is: “Sell it, write it off, go on to the next thing,” he told Marketplace earlier this month.

The magazine’s fate was sealed when the Harman family stopped investing in July, and, that same week, Diller floated the theory of an all-digital Newsweek during an earnings call, though he later back-tracked. High-profile defections followed, including creative director Dirk Barnett. In September, Shetty, an ad executive with a background in digital sales, was appointed ceo.

The bet now is that by unloading the dead-tree component of the operation, Newsweek will be able to reduce losses by relying on digital subscriptions, conferences and next-generation advertising.

“We have reached a tipping point at which we can most efficiently and effectively reach our readers in an all-digital format,” Brown wrote. Shetty was bullish with The Wall Street Journal, saying he expects to gain “hundreds of thousands” of digital subscribers in 2013. The magazine has 44,000 tablet subscribers, a spokesman said. Print subscribers will be given the option to convert to Newsweek Global, or be issued a refund. The Daily Beast will remain free, though it’s not clear how content will be divvied up.

Newsweek argues that the brand still has enough vitality to lure paid digital subscribers. But that’s a loaded variable.

“You look at the industry and there’s not a lot of examples of people who’ve done that and turned it into a huge business,” Sauerberg said. By giving up print, “you give up a big revenue stream.”

There’s only a handful of publications — like the Times and the New Yorker, for instance — that have proven their readers are willing to pay for digital content.

Mary Berner, the ceo of the Association of Magazine Media, said it’s too early to tell whether an all-digital future will pan out. To any struggling publishers, she advised, “Hang in there,” and then she repeated the same message she had delivered at the group’s annual conference: be in as many platforms as possible, including print.

Tyrangiel said Newsweek’s bet is brave, and not an altogether impossible strategy. But it doesn’t alter the Web’s competitive environment. And, Newsweek will have to do without its most reliable asset —those millions of print subscribers.

“The challenge is getting in front of folks. Once you open an iPad, there’s a lot of stuff in there,” he said. “Online, you’re speaking to one audience. That audience still has to initiate a transaction. The advantage of print is that once you’ve made a commitment, you open the door, and there’s your magazine.”