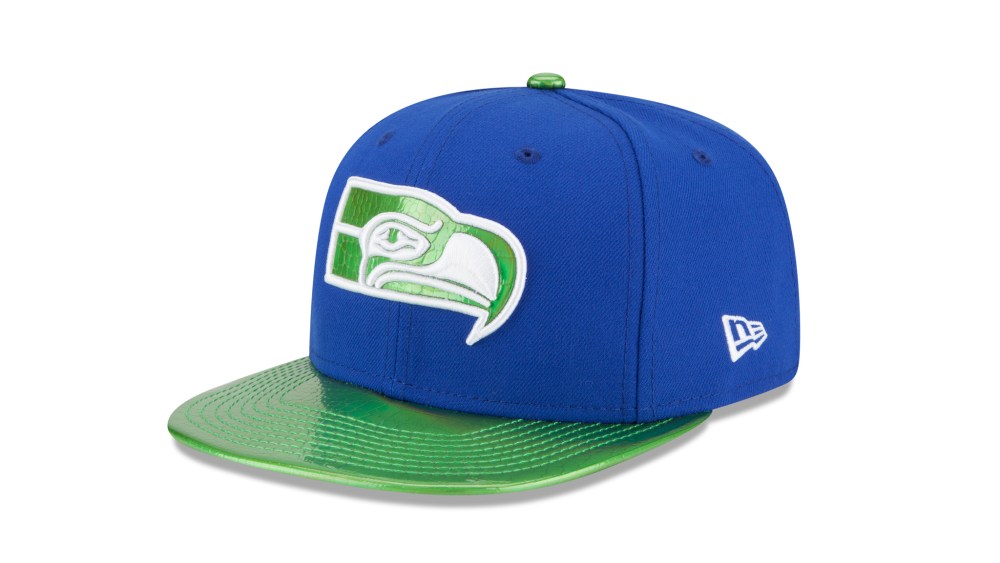 A group of NFL players are putting on their designer caps.

Blake Bortles of the Jacksonville Jaguars, Andy Dalton of the Cincinnati Bengals, Colin Kaepernick of the San Francisco 49ers, Kenny Stills of the Miami Dolphins, Khalil Mack of the Oakland Raiders, Marshawn Lynch of the Seattle Seahawks and Sammy Watkins of the Buffalo Bills have each created a hat for the NFL Athlete Designed Collection by New Era.

Each player designed multiple hat styles, which retail from $25.99 to $35.99 and will be available Wednesday on NFLShop.com and in Champs stores across the U.S. The hats feature a team logo along with special touches. Stills updated the Miami Dolphins cap with denim, while Lynch added a green metallic brim to the Seattle Seahawks hat.

“Each player had a unique take on designing the caps and put their personal touch into the design process,” said Carrie Dealtry, assistant marketing manager of the football category at New Era. “They represented team colors, but added other details that suited their personality best. The collection allows fans to wear styles that their favorite players are wearing.”

According to Dealtry, this is the second time New Era has partnered with NFL players on a limited-edition line of hats and the caps. Dealtry said last season’s collection sold out at retail.