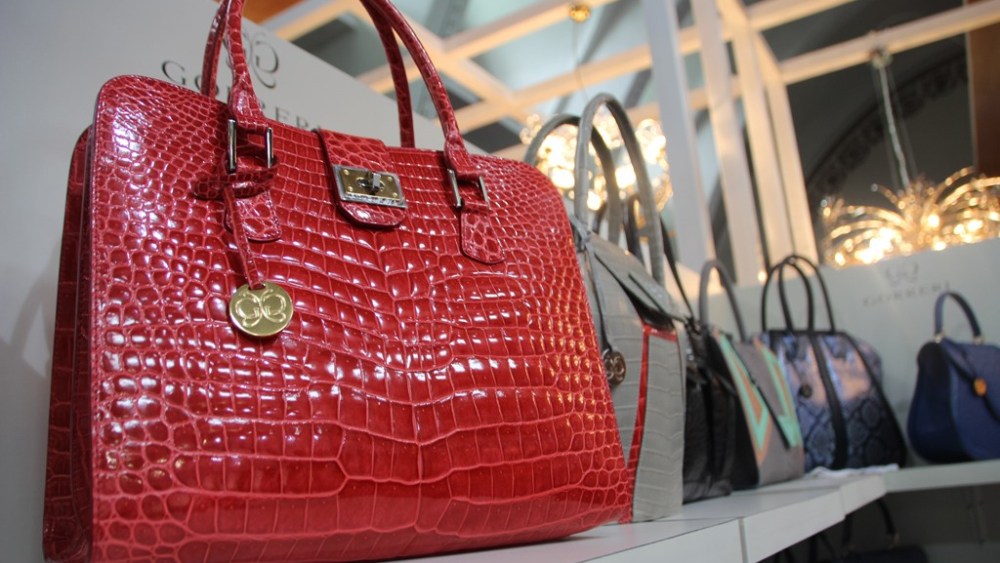 BEIJING — Demand for branded luxury goods may be slowing in China in part due to President Xi Jinping’s extended campaign against graft and extravagance, but small, artisanal companies that offer limited or bespoke products are hoping they can step into the gap.

Gorreri, an Italian handbag maker that specializes in the use of crocodile and snakeskin, has sent its head of sales, Laura Cadei, to Shanghai and Beijing four times in the past year to introduce the brand’s products and she said she is starting to see a response after selling in the country for a year.

“I believe a lot in this market,” she said at the third edition of the Luxury China Expo in Beijing, a trade show that capped its three-day run here last week. The expo attracted about 300 exhibitors including luxury goods companies, sports-car manufacturers and wine makers.

“Our bags are about the materials and design, not the logo and I think people here increasingly appreciate that.”

Another Italian company, Tasselli Cashmere, a producer of fine, logo-free knitted goods, also sees huge potential in China. The company, which exhibited at the China Expo, has opened an office in Shanghai to help win more clients among China’s discerning rich.

“People don’t really know what artisanal products like ours are. For example, they are surprised when they learn they have to wait up to two months for us the make and deliver the product,” he said.

She lists politicians, film stars and entrepreneurs among her clients here and says her business is growing despite the crackdown on graft and gift-giving.

“The very rich, the rich and even people from the upper-middle-class buy our bags,” she said. “I am very satisfied with how we are doing.”

Like Tasselli, Gorreri is an older brand, looking for a new lease of life, or at least new customers, in China. Founded in Parma in 1963 by Gino Gorreri, it designed and made one-off handbags for private clients across Europe and took on manufacturing contracts from some of France and Italy’s best-known fashion houses. It fell on hard times as its founder aged, but Cadei says the legacy of excellency persists. To this day, it still buys its leather from Hermès.

Similarly, Tasselli was founded in 1970 in Bevagna, Umbria. It claims 5,000 customers around the world and sees China as the logical next step.

It could be an opportune moment for Gorreri and Tasselli to target Chinese consumers. Analysts and executives have said Chinese consumers have grown tired of obvious logos and ubiquitous brands.

Similarly, I&C, a new Paris-based fashion house, is making China a key part of its strategy. The brand held its launch at the Beijing Expo.

Founded by Pascal Songo, a former footwear designer for Nike and Adidas, the label aims to grow in China before trying to crack the European market.

“It would take us years to break though there,” he said. “By manufacturing in Paris, but designing with the Chinese customer in mind, we hope we can bring something unique to this market,” he added.

The brand, which makes heavy use of patent snakeskin leather and bright colors, makes shoes, bags, trainers and dresses. An I&C bag will retail for about 2,000 yuan, or $324, and a pair of evening shoes for about 1,500 yuan, or $243, he said.

Of course bringing new brands to China is not easy. The premium and luxury market is already very crowded and Chinese customers are increasingly showing an interest in high-end domestic labels.

And while the size of the market is what makes it attractive, it also means it can be hard to find the customers, agents and partners.

“I find out of the hundreds of contacts I make at a show like this, only one or two will be useful,” said De Luca.

Cadei, who lives in Italy, said she is also eager to make contacts in China.

“I am looking for someone, a shop, a VIP shopper, who wants work with us,” she said. “China is the market I am putting all my energy into.”