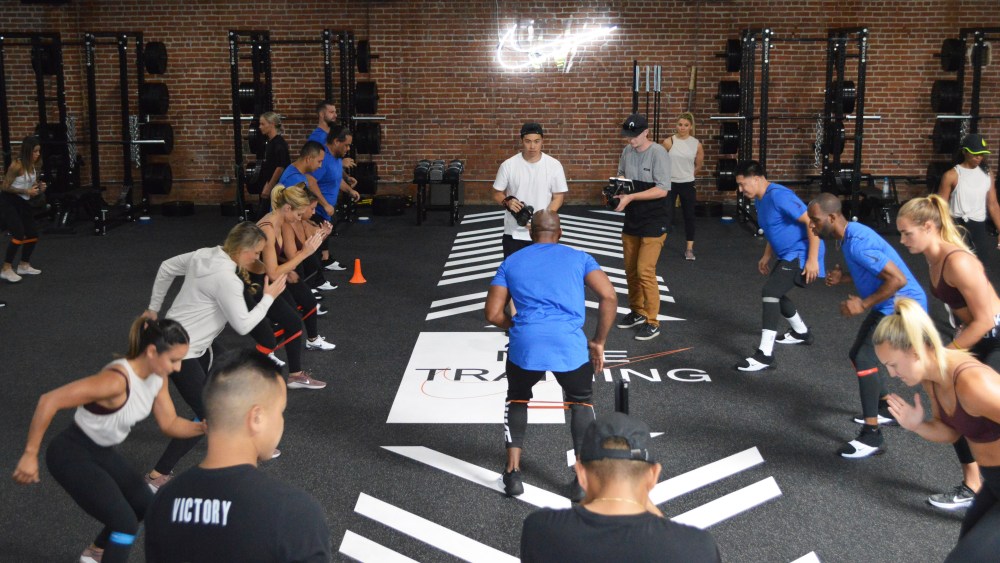 Fashion. Food. Art. Training? It looks like the world of sports is the next to see a migration to the entertainment capital of the world with Nike planting a flag — albeit a temporary one — on Thursday with the opening of a new compound focused on athlete training, recovery and retailing.

“We listen to our trainers and our athletes and wanted to give them an opportunity and a place to come and a home to come to train,” said Ryan J. Flaherty, Nike senior director of performance, in an interview. “Obviously it’s the 30th anniversary of Just Do It, so being the Just Do It headquarters, it’s to motivate, inspire and give them a place to train and share. Training is booming here [in L.A.]. So many professional athletes live here in the off-season and so giving them a home in the middle of Hollywood was the thought behind it.”

Flaherty headed up a panel of Nike athletes Wednesday in a media preview of the headquarters ahead of its official opening. Panelists talked up training and their relationship with the brand, with a speaker roster that included Los Angeles Lakers forward Kyle Kuzma, U.S. Olympic snowboarder Chloe Kim, Brazilian pro skateboarder Letícia Bufoni and Los Angeles Rams quarterback Jared Goff.

“My parents loved golf so they would always be rocking that Nike swag,” said Kim, who took home the gold in the half-pipe for women’s snowboarding during the 2018 Winter Olympics.

For Bufoni, the skateboarder said she never thought she’d find herself linked with Nike, pointing out the company didn’t have a female skateboarder when she was coming up. In 2014, Bufoni was signed to the company and “It was a dream,” she said during the panel. “I always wanted to be a part of the [Nike] family.”

With training the topic of the day and panel, Kim joked she used to be lazy as an athlete, often frequenting In-N-Out Burger before she got serious.

“I feel like if I didn’t get off my ass, it wouldn’t have turned out that way,” she said of her Olympic win.

The headquarters facility will be open to Nike athletes, trainers, high school athletes and NikePlus members. Consumers can sign up for alerts on special experiences and other offers at the facility via the Nike App.

The facility’s store component will feature Nike Training product throughout its summer residency, including the launch of a collaboration with Alyx designer Matthew Williams.

The temporary facility is the first time Nike’s built out such an experience and also best reflects in real life the full training experience offered through its app, Flaherty said.

“More than anything, it’s just bringing all of that to life in a physical space that before has only been featured in our Nike Training Club app, so all of our athletes can experience it in its entirety here,” he said.

It’s yet to be determined whether more training facilities on the scale of Los Angeles are expected in other markets from Nike. The company appears to be taking a wait-and-see approach.

“I think we want to see how well this can go here,” Flaherty said. “So I think we’ll learn a lot this summer.”