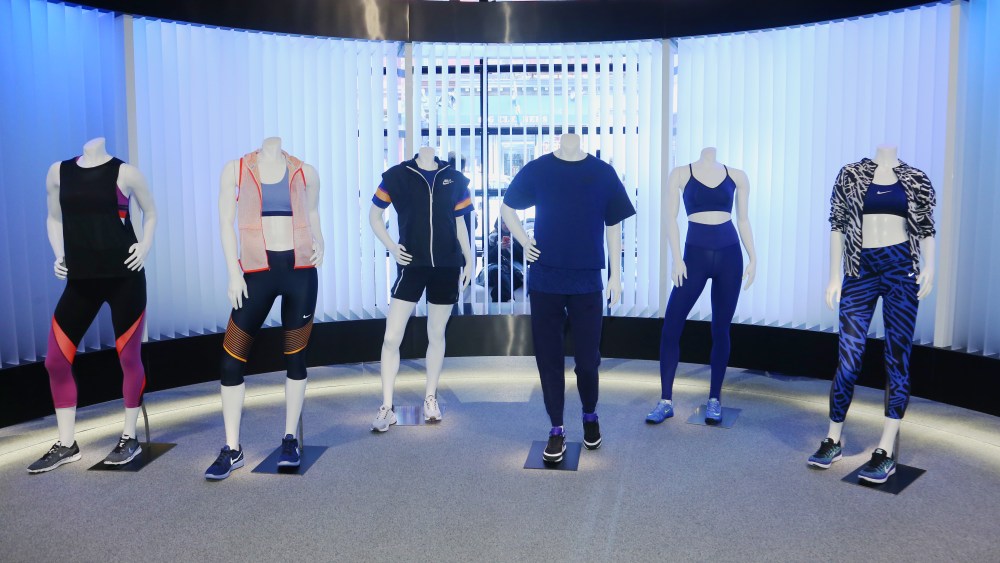 Two weeks after Nike released its staggeringly ambitious growth plan — $50 billion by the end of 2020, $11 billion of which will be women’s — during the company’s investor day, Portland, Ore.-based Amy Montagne, vice president/general manager of global Nike Women’s, and Julie Igarashi, vice president/creative director of Nike Women’s, were in New York at Nike+ 45 Grand to show some of the spring 2016 collection that will hopefully fuel those numbers.

Montagne pointed out that Nike Women’s out-indexed Nike Men’s in the last year, and the company is focused on its female athletes. “We really see how she’s fueling this lifestyle of sport and fitness,” Montagne said. “It’s not just something she does and checks off her list, it becomes who she is and, for us, that’s the connection of opportunity. Where we see our plan going forward is our mix of amazing service — our Nike Training Club and Nike Running Club — different services we offer digitally and physically, as well as product.”

The company runs the NTC and NRC, offers digital platforms for workout and destination “experiences,” such as the Nike Women’s Events Series that were held in 33 countries and attracted more than 500,000 participants in the past year, most of them wearing Nike gear.

For spring, the product design started with talking to Nike athletes about their performance concerns and possible solutions. Igarashi spoke of the “peak performance zone.”

“How do we get our athletes out of their comfort zones and into the zone and stay there longer, throughout their day, through their SoulCycle class?” she said. Practically, that played into layering systems — aligning the mesh layer of a sports bra with the mesh layer of a tank — as well as anatomical zoning to ensure breathability on high movement areas of the legs on running tights, and a high-waisted core sculpting compression waistband on tights intended for Pilates and barre classes. There was also a bra top with a microfilament trim designed to catch the blacklight in a spin class.

Everything, whether textural or smooth, was graphic and sleek. One could easily wear a white bomber to work out or to work, likewise a softly pleated trapeze tennis tank that was sophisticated and pretty. Igarashi noted that Nike has upward of 600 designers working on collections two years ahead of delivery to ensure performance. With that many design hands, the style quotient has not been left to chance. The gear looks good and should perform under physical and earnings pressure.