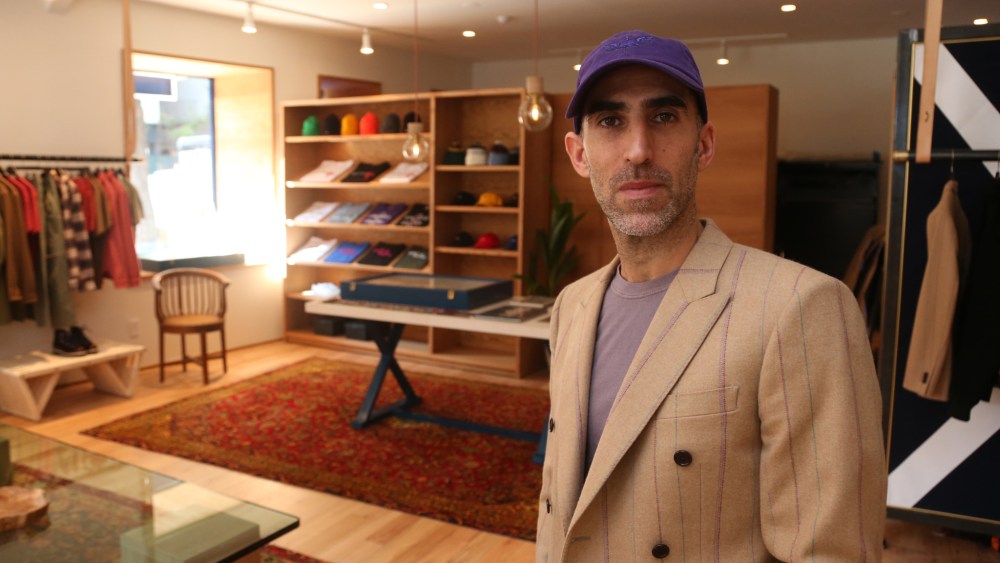 NEW YORK — Brendon Babenzien might come from the school of Supreme — he was formerly the creative director at the popular streetwear brand — but he’s taking a different approach to building his new men’s wear brand Noah.

That’s made clear at his new store, which sits on the corner of Mulberry and Kenmare Streets in NoLIta and opens Thursday.

Unlike Supreme’s retail locations, which are typically stark vessels for product, Babenzien’s shop has a residential feel. The 800-square-foot space features a proper seating area along with warm wooden fixtures. Clothes are displayed on racks held up by leather straps attached to the ceiling. Old music magazines, which Babenzien wants customers to actually read, are sprinkled throughout the store. There’s no cash register in sight and associates will check out customers on an iPad.

“We wanted it to feel welcoming and like you could spend time here,” said Babenzien, who will also use the store as an office. “I grew up working in a surf shop and it was a real place for activity. We wanted people to feel comfortable in the space.”

Although the assortment includes graphic T-shirts and beanies — streetwear staples — the collection is much more grown up than Supreme and includes a Made in Italy striped blazer and a toggle coat produced in collaboration with Schott. Most of the collection retails from $800 to $1,200. Jackets have an opening price point of $400, T-shirts will retail for about $48 and tops and bottoms will start at $180.

The store is also stocked with belts from Smathers & Branson, shoes from Paraboot, sneakers from Aprix, sunglasses from Vuarnet and bandanas from Shin Murayama, a designer whom Babenzien met during a Noah shopping event at Bergdorf Goodman.

“We’re bringing in products that are a reflection of our interests and show how things can be worn in many ways. That’s what this brand is about,” Babenzien said.

He is taking cues from Supreme with his distribution model. Babenzien plans on forgoing wholesale opportunities and will sell Noah product exclusively in his store and on his e-commerce site, which launches next week. The only exception is Union Los Angeles, which will carry a few pieces from the line. Going forward Noah will have a small rack dedicated to products from Union Los Angeles as well.

Babenzien said no other retail plans are set, but he hopes to open stores in Los Angeles, Japan and London down the line.

“Those are places where you can open a small shop and still do well,” he said.

For now he’s focused on this store, which he believes targets a new consumer who’s young but educated about how products are made and their impact on the environment.

“There’s a new generation that’s evolving so fast,” Babenzien said. “My consumer cares about style, culture and the environment. In the past, consumers were mostly focused on product, but now it’s about more than that.”