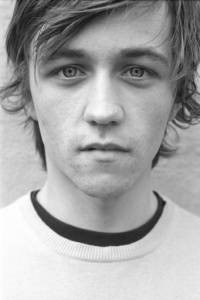 That buzz around the Hives was only the beginning. As fans eagerly await the Swedish super group’s new release, promised for early this year, a whole pack of Nordic rockers have ventured forth in their icy wake. The Soundtrack of Our Lives, a Swedish garage rock group, will strut their stuff on “The Late Show with David Letterman” come mid-January, and the rockers in neighboring Norway are just getting started. Moon-eyed crooner Sondre Lerche, a Norwegian prodigy barely out of his teens, made many critics’ best-of-the-year lists with the Sixties pop sound of his album “Faces Down,” while two Norwegian electronica groups are poised to break through in 2003: Röyksopp, a dreamy duo who just released “Melody A.M.” and Flunk, fronted by singer Anja Øyen Vister. While Flunk’s latest release is called “For Sleepyheads Only,” Vister’s punchy Björk-like vocals are a real wake-up call.

We can’t wait for “The Matrix” sequels either, but Neo and Trinity aren’t the only ones in slick leather this year — though they may be the only ones in black. Ben Affleck, for better or worse, dons an oxblood-colored jumpsuit in “Daredevil” opposite Jennifer Garner, and the Terminatrix (Kristanna Loken) also goes for oxblood in “Terminator 3: Rise of the Machines” opposite her nemesis Claire Danes, who remains in plainclothes.

Expect more special-effects-wielding superheros in “X-Men 2,” “Hulk” plus high-octane car antics in “The Fast and the Furious 2.” But after “The Lord of the Rings: The Two Towers” one question remains: can any of them top Smeagol?