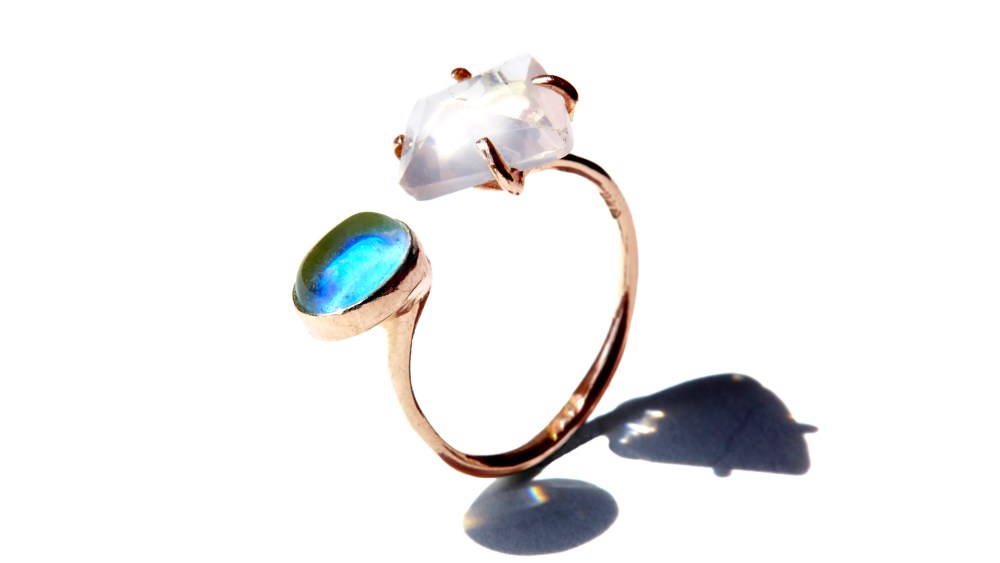 It’s no secret that the Seventies are in fashion, and now another one of the decade’s relics, the mood ring, is coming back for a second spin — albeit in an elevated iteration. New York-based jewelry designer Olivia Fleming — a fashion editor and writer by trade — has introduced a label of high-end mood rings under the moniker Olivia Kane, which made its debut to sleeper success in mid-August.

Fleming’s initial four styles of moods — with an inventory of about 200 — have sold out in the eight weeks since her line’s soft launch, selling exclusively through her own e-commerce portal.

“I don’t prefer costume jewelry and I really wanted a mood ring that reflected my taste, but couldn’t find them anywhere,” Fleming said of the concept for Olivia Kane, which translates the mood ring’s often dollar-store materials of plastic and brass into a finer pursuit.

Prior to the launch, Fleming spent the better part of one year developing her designs. Rather than using plastic or glass, Fleming has crafted her mood stones of a thermochromic-crystal-coated quartz, each one hand-cut into a high-doming cabochon to enhance the color and shine of their heat-sensitive colors.

They are set in delicate bands of either sterling silver, 14-karat rose gold or 14-karat yellow gold — each one carved, cast, and set in New York. Some pieces feature opals, amber and rose quartz in a two-finger application.

Fleming developed the crystal slurry that gives the mood stones their temperature-sensitive color over a sixth-month period. “My entire dining table was like a science lab,” she said of the process. The final product responds to temperatures between 77 and 86 degrees, and exhibits a spectrum of purple, blue, green, yellow and amber tones.

Olivia Kane rings are priced from $160 to $480. Additional ring styles, as well as two necklace designs, are forthcoming for the holiday season.