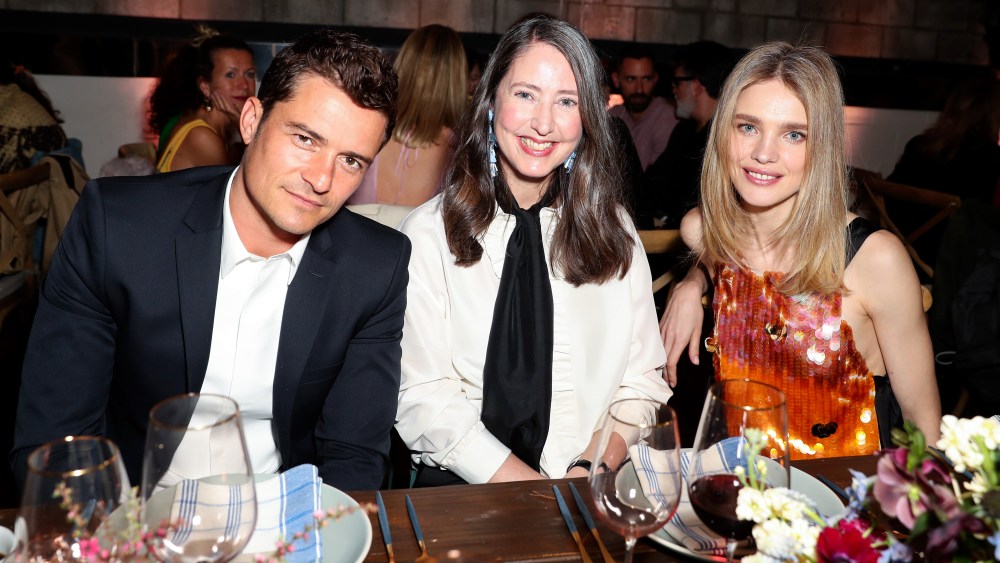 Tuesday was a green night in Hollywood for the fashion set — H&M celebrated its sixth Conscious Exclusive Collection with a dinner hosted by creative adviser Ann-Sofie Johansson and campaign face Natalia Vodianova.

The Paris-based Vodianova was only in town for 24 hours with partner Antoine Arnault and a small posse in tow, but she spoke more eloquently — and genuinely — than most spokesmodels do at paid gigs.

“It was an honor to accept the job when I found out what they do,” she said of the sustainable, elevated yet relatively accessible collection. “That’s what I think is the key today. We cannot rely just on words like sustainability. Beauty has always been the driving force behind product. It’s not because it’s sustainable or organic that people will buy it; people will buy it because it’s beautiful.” Of the earth-friendly bonus, she added. “It cannot get better than with this collection. It’s also very affordable, which is a rarity with sustainable fashion. What H&M can bring with their volumes and power is not accessible to many brands, so that’s why it works and there is a future in it.”

Vodianova admitted sustainability isn’t her particular cause, but she does her part at home to consume less. “I’m greatly passionate about nonconsumerism because I understand the waste we put out is so much more than we ever did and humanity is growing. We recycle clothes between the kids. My daughter is already wearing some of my clothes and with the boys, it’s all passed down until it has holes in it. We also try and eat all of the food that we buy.”

The dinner, served in a rose-light-imbued indoor-outdoor space built around an installation featuring a pale pink evening gown made from Bionic thread (a fiber made from recycled plastic bottles), was catered by Lucques, and most people did clear their plates.

New mom Teigen showed up not only because she was hungry (her Snapchat earlier in the day documented a cooking disaster at home) but because she’s down for making the world a more livable place. “I feel like this collection is obviously important because it resonates with young people and I want to make sure [daughter] Luna grows up in a world that’s well taken care of. We as humans are kind of selfish by nature and don’t think past our own longevity so I think it’s cool that H&M did this to get young people thinking.”