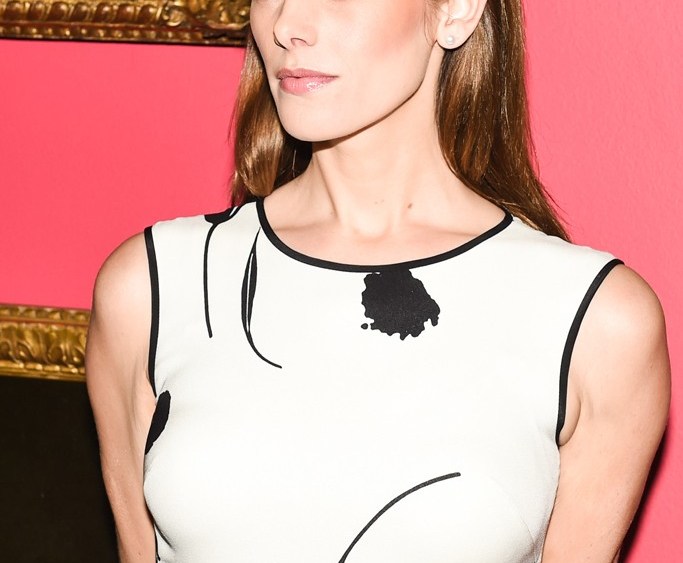 Curated by André Leon Talley at the Savannah College of Art and Design, the exhibition showcases 70 original designs including red-carpet gowns worn by Taylor Swift, Beyoncé, Oprah Winfrey, Sarah Jessica Parker and Nicole Kidman. With Talley leading the way, the designer’s wife Annette, his daughter Eliza Bolen and her husband Alex, Erika Bearman and Anna Wintour were among the first to pass through the gallery. “It was important to me that Annette loved it. I think she did,” Talley said.

Held three months after de la Renta’s death, the occasion was no doubt an emotional one for his family. “No one broke down at all. They were just enjoying it all,” Talley said. “There was no fanfare, no fireworks.”

“Twilight” actress Ashley Greene, who has worn de la Renta dresses in recent years, upped the event’s star wattage for the 350 guests at the preview. Talley said Thursday, “I felt as though Oscar was looking over my shoulder and that he was guiding me. I was always thinking that I have to do this so that Oscar and Annette would love this. I hope she did. I think she did.”

Talley added, “One of the guests said, ‘Oh, I feel as though I’ve been invited into Oscar’s house.’ Basically, I tried to arrange it like rooms where people were having conversations.”

SCAD founder and president Paula Wallace said, “It’s SCAD’s great honor to host this tribute exhibition for a great friend who did so much for SCAD students. It was a joy to see Annette’s reaction as we walked through the exhibition together for the first time.”

Laurie Ann Farrell, SCAD’s executive director of exhibition, said, “This was a very special moment for Savannah to have the opening of the first Oscar de la Renta show.”

While Wednesday night’s private opening was a benefit for the school’s exhibition program, tonight another opening is scheduled strictly for students, with more than 1,000 expected. “There is a great deal of buzz about it,” Farrell said. “André will be in attendance and he is always so supportive of the students.”