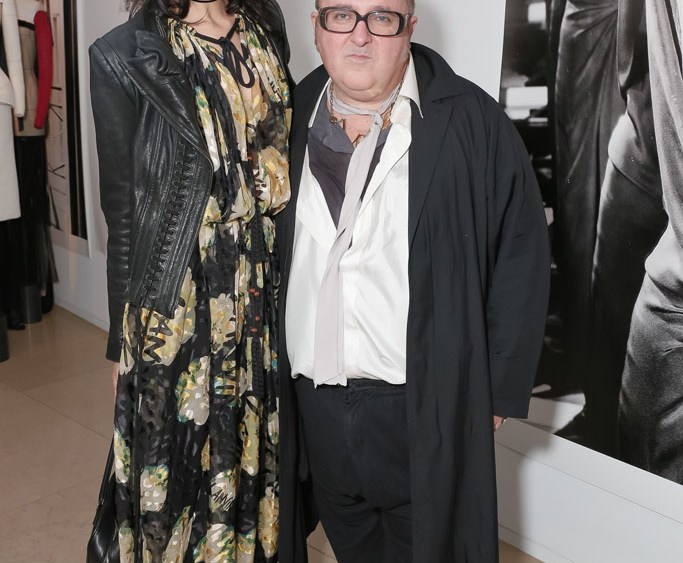 OPEN HOUSE: “Be sure to get the cookies,” counseled Alber Elbaz during a viewing of the “Alber Elbaz/Lanvin: Manifesto” exhibition at Paris’ Maison Européenne de la Photographie on Tuesday afternoon, referring to star-shaped, pastel-colored treats. But Sou Lai, Mark Leibowitz, James Bort, Juliette Da Cunha and Alex Koo — Elbaz’s partner and Lanvin’s merchandising director — were among the photographers and Lanvin staffers who turned up for a walk-through of the show encompassing about 400 images they took.

“It’s always such a generous house. I feel they are really inclusive. Alber does a good job at making us feel we’re part of a big collective,” Leibowitz said. “I had no idea they had our bios here,” he added, looking at his life history written out on one wall.

Model Janice Alida, who has walked the Lanvin catwalk several times, agreed: “Alber is always asking everybody’s opinion. Ever since I walked the Lanvin runway, it’s always the same people in the studio team. It’s definitely a collective effort.”

“I am often here at the right moment, next to Alber,” said Lanvin art director Katy Reiss, referring to her snap of a model about to hit the Lanvin runway with at least six hands reaching into the frame to adjust her hair, jewelry and belt.

“The exhibit is a big hit,” said Jean-Luc Monterosso, director of the photography museum. “We have to ask Alber Elbaz to do an exhibit every year!”