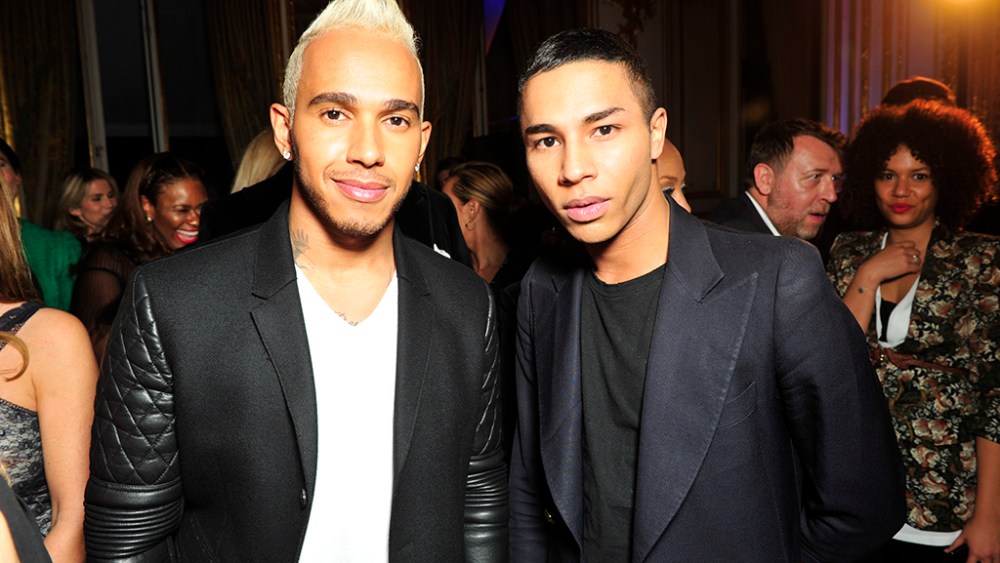 U.S. ambassador Jane Hartley announced a new project with the French and U.S. editions of Elle magazine, the Blondy Blog and the Ecole Supérieure de Journalisme de Lille, where a master’s degree student will be given the opportunity to do a three-month internship at Elle in Paris and a four-week internship with the New York offices of Elle U.S.

Rousteing recalled his internship with Peter Dundas at Roberto Cavalli. “It was great,” said the Balmain designer. “I think it is a very good thing to link Elle U.S. and Elle France because the future of fashion is international.” Rousteing is gearing up for his H&M show in New York later this month.

Rousteing and a platinum blond Hamilton sang along to the performance of R&B singer Miguel.

“I love what they do. I had never seen them live,” enthused Rousteing.

The Grammy-winning singer rattled off Balmain, Maison Margiela, Haider Ackermann and Saint Laurent as the brands he favors. “I love style; I love everything that lets me express myself,” he said.

Miguel is to perform at Paris concert venue L’Olympia on Wednesday night before touring in Europe, Australia, Japan and Korea.

Hamilton was fretting a bit about his Formula One race in Sochi, Russia this weekend. “I am a little heavier than usual, I need to lose two kilos by Saturday,” he lamented. “Food is too good here.”