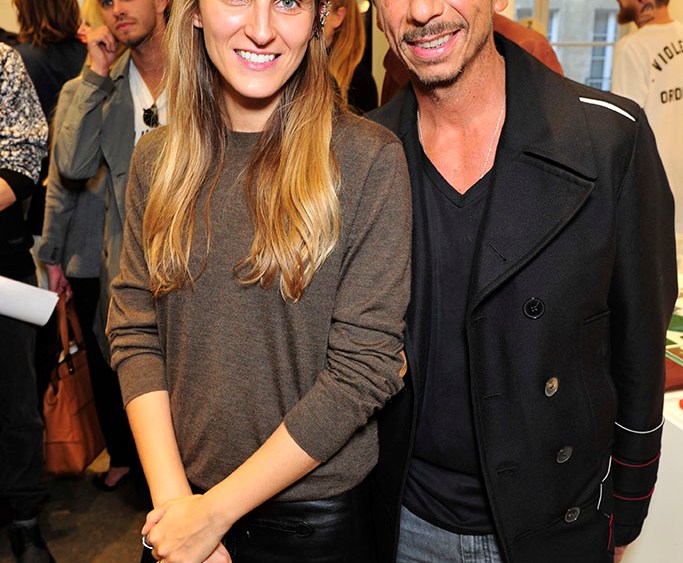 TEAM SPIRIT: It was a collaborative event that took place at Colette on Tuesday evening, with Gaia Repossi celebrating her partnership with Vogue Japan editor at large Anna Dello Russo and Melanie Ward signing copies of the latest issue of Self Service magazine, which she styled.

Repossi had created an edition of 10 initialed cuff bracelets for Dello Russo, and said the initiative was also intended to suggest the customization capabilities of the jewelry house.

The label was also showing off a new display case resembling a giant mirror and glass Rubik’s Cube, designed by Rem Koolhaas’ OMA, as a preview ahead of the reopening in January of Repossi’s historic Paris store on Place Vendôme, which will be 30 years old in December. “It’s a very crazy concept with elements like flipping panels — not what you expect for a jewelry store,” she said.

Ward had also partnered with fragrance brand Byredo to create “Smells like Melanie,” a limited-edition scent placed within a laser-cut slot in a special edition of the magazine.

“That was my favorite part of the project actually,” said Ward, who in the past had been involved in the creation of Helmut Lang’s fragrances.

“I’m a big supporter of Gaia,” Stockdale said. “She’s amazing, she’s done something that’s classic and modern, which are the two most overused words in the fashion lexicon. Unfortunately I haven’t found a replacement, there’s just nothing that sums it up like those two words. It’s so annoying,” she exclaimed.

Seeing Ward was an added bonus. “She’s a total legend,” she commented. “I was modeling still when I first was watching her work, and I would always think ‘Oh my god,’ she seemed at an impossibly unattainable height.”

And now? “I will never be as cool as Melanie.”