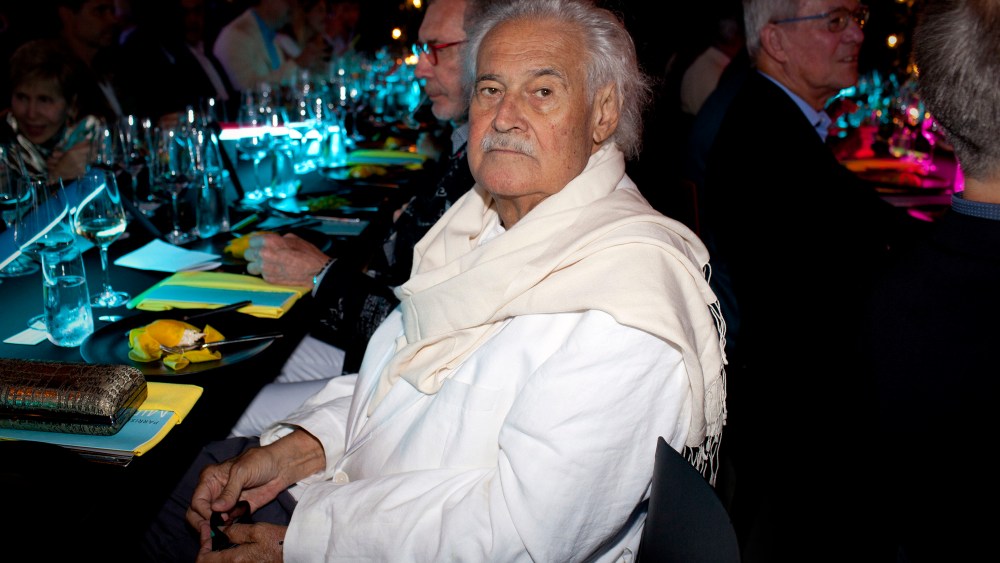 “The Hamptons is all about art,” said Chad Leat on Saturday evening from the halls of the Parrish Art Museum in Water Mill., N.Y. “It always has been, from the late 19th century. And that’s carried through today.”

Leat, a trustee of the museum, was being honored alongside the artist Keith Sonnier at the annual benefit, which featured an elegant outdoor dinner and after party, for the younger art enthusiasts — and, yes, those Hamptons scenesters already tired of the Surf Lodge scene this summer season.

Leat, who lives between New York, Bridgehampton and Paris, stressed the importance of city folk coming out for the museum’s benefit. “We New Yorkers are also Hamptonites, and this is our community as well, so we have to support this community,” he said.

Sonnier’s show on display had been in the works for some three years, so the prospect of being honored at the annual midsummer benefit was always on the horizon. A longtime Hamptons part-time resident, Sonnier has recently moved out full time, turning his home in Sagaponack into both a studio and living space.

The artist sat taking in congratulations from fans and friends, one of whom came by for an update on their search for a chinaberry tree.

“We both grew up in south Louisiana,” Sonnier explained as his friend walked away. “And as young people we always had growing in our yard chinaberry trees. And they really resemble a tree from Africa. As children, our fondest memories are of the chinaberry trees I would stare at in the brilliant sun. And I had several dreams based on these trees, that I loved. I dreamt that there were two egrets in the tree — it was totally sexual. But it was the image of the tree that I first began my research on different animals and bones.”

The evening’s late-night crowd was courted by Larry Milstein, who served as the party’s chair.

“It’s almost pioneering this concept in the Hamptons,” Milstein said, while milling through the gallery rooms in search of a good Instagram opp. “In New York, you have the Whitney studio party, you have the Frick young fellows ball, but there hasn’t been a similar thing for the Hamptons. So that’s what we’re doing.”

Milstein spends much of his time out east, where he will once again throw a “Millennial pink” party later this summer.

“I’ve been trying to be out here as much as possible; I work full time, so this is something I do above and beyond,” he said of his work with the Parrish party. “But it’s a labor of love, because I believe so deeply in this collection.”

By the time Milstein and company took over the museum later in the night, much of the artist contingency had disappeared, including the photorealist artist Audrey Flack, a longtime resident and working artist in the community.

“I came out with Jackson [Pollock] and all the Abstract Expressionists were here,” said Flack, whose major work “Wheel of Fortune” is housed at the museum. “The light is so magnificent.”

“I bought my house from — you ever hear of Max Ernst? He was before Dali — he was the original Surrealist. He had a son named Jimmy, and I bought Jimmy’s house several years ago,” she continued. “But I also dated Jackson Pollock — when I was very young. That’s all I can tell you.”