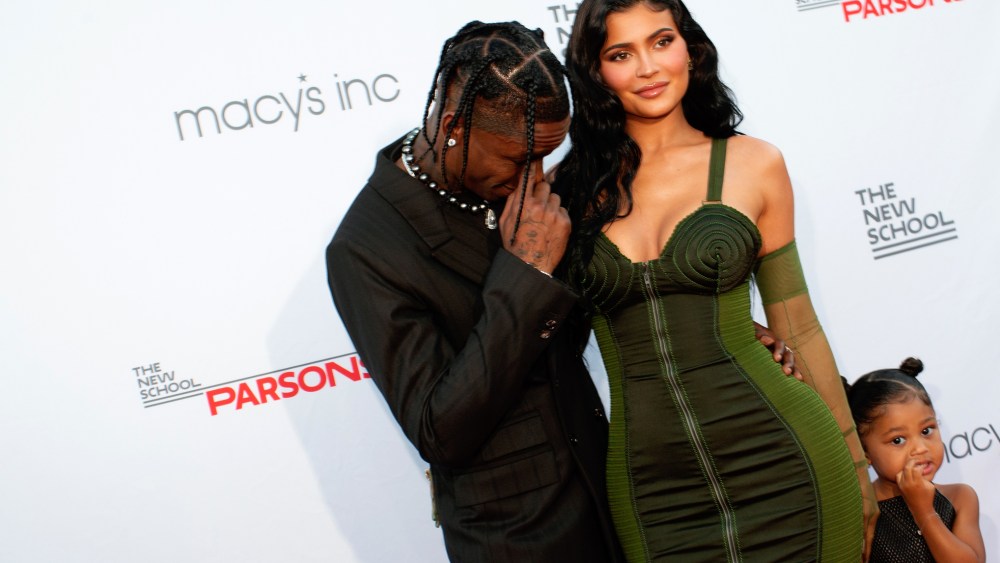 Hours after New York lifted most of its coronavirus restrictions on Tuesday, 300 maskless people hit the rooftop of Pier 17 for The New School’s Parsons School of Design annual benefit.

Instead of heading for their tables, honorees like Ralph Lauren board member Angela Ahrendts, Macy’s chief executive officer Jeff Gennette and artist Carrie Mae Weems wound through the crowd that included Wes Gordon, Donna Karan, Kay Unger, Josie Natori, Liz Rodbell, LVMH’s Gena Smith, Kenneth Cole, G-III’s Morris Goldfarb and Kering’s Laurent Claquin, among others. Across the East River, the red-lettered “Welcome” sign atop the Panorama development in Brooklyn seemed to capture the mood of both the pre-event mingling and the future-first outlook.

With New York City’s vaccination rate past the 70 percent mark, many were reveling to be part of a large-scale event. Natori had no reservations about attending such a large event, noting how vaccination proof was required for admittance. “It’s time. New York has been opening up for the past few weeks. It’s also very positive. Nobody’s being forced to do it. You could do it virtually. It’s a perfect night. It’s a good boost,” she said.

While photographers lined the red carpet waiting for the arrivals of honorees Travis Scott and Kerby Jean-Raymond, the program got underway with the backdrop of the Brooklyn Bridge. Scott later rolled in with Kylie Jenner and their daughter, Stormi, and Jean-Raymond brought a cadre of friends including Lena Waithe. Another honoree, Gabriela Hearst, was unable to attend, but Lauren Hutton, Dustin Yellin and Eleven Madison Park’s Daniel Humm saluted her virtually.

Rodbell noted that student scholarships are needed more than ever, and Smith mentioned how Parsons is celebrating its 125th year and the centennial of Parsons Paris, which means it survived the COVID-19 pandemic and the 1918 flu.

The 72nd annual benefit raised $3 million for Parsons student scholarships. Macy’s upped the commitment to helping the unproven by making a donation to establish an endowed scholarship for graduates of Parsons’ Scholars program who enroll at Parsons. Through Macy’s generosity, the Macy’s network and a one-to-one match by a Parsons’ donor, the Macy’s scholarship fund is already at $1 million.

While the accomplishments of seasoned leaders like Gennette and Ahrendts were celebrated, there was very much a future spin to the evening. Scott, who is creating new educational opportunities for underserved creatives through Parsons and the city of Houston, was all about the future. “The important thing to remember is that the kids rule the world. They’re never going to stop ruling the world. The more that we acknowledge that, the more peace we can find. And connectivity we can find with everyone.”

Having started his 38-year career at Macy’s from the ground up, Gennette accepted his award by acknowledging the senior leaders that lead Macy’s 90,000-person team. He also recognized his husband, Geoff; their daughter, who is a Parsons student, and the late Arnold Aronson. Gennette encouraged students to devote their full personalities, attitudes, outlooks, activism and talents to the complete audacity of youth. “When you come into this industry, blow the doors off. We’re waiting for you. We need you,” he said.

After video tributes from Ralph Lauren, Burberry’s Christoper Bailey, Karan and former Apple executive Stefan Behling (who is now at Foster + Partners), Ahrendts told graduates: “You may think that it is scary to go out there because the world has changed so drastically. I just want to encourage you. As the world reopens, we’re going to find that it will be the greatest wave of entrepreneurialism that’s ever hit the planet.”

With an estimated net worth of $50 million and previous collaborations with Dior, Nike and others, the 30-year-old Scott’s career is testimony to his advice for graduates to “go hard with that.” Next week he is expected to unveil a fashion deal and another one for his Cacti seltzer.

A video showcasing students’ work replaced a runway show at the event. To some degree though, the gala really wasn’t about fashion per se. Diversity, inclusion, sustainability and the importance of community were the recurring themes of the benefit. Weems described recently traveling to photograph the boarded-up stores of Portland, Ore.; “a shantytown” for the homeless in Oakland, Calif.; the open land in Moab; the ultra clean streets of Salt Lake City, and then the George Floyd memorial in Minneapolis. “I feel as though in some way that I’ve been walking the land of broken dreams. I’m trying to figure out in my work how to think about that and the healing that is necessary. I want you all to consider what that healing might be and what will be needed for us to move forward, what must we each do to make the change that will be important and change not only our lives, but the lives around us,” Weems said. “Often we do that through design, music, faith and ritual. If you have any ideas, would you let me know?”

Explaining how he forged papers to pass off being eligible to work at the age of 13, Jean-Raymond thanked designer Kay Unger for creating a safe space for him to earn it. The Pyer-Moss founder emphasized the need to create similar spaces, as well as resources and finances. “No one’s asking for s–t except for equal space to earn it,” he said. “And now we’re going to talk about slavery — I’m kidding.”

Jean-Raymond, who is the first Black American designer to be invited by the Chambre Syndicale de la Haute Couture to show during next month’s haute couture calendar, continued. “When you get on cruise control, you start to get ungrateful a little bit. Then it stops and you’re like, ‘Whoa.’ I want to say I am more grateful today to still be here, to still be fresh in your minds for the things that we’ve done before our lives changed all at once. We have to learn how to stick together, we have to learn how to love different and speak different.”

Despite the accolade, Jean-Raymond said, “I often question if what I’m doing is still relevant especially right now. so much better s–t that we could be focused on than fashion, making clothes, making music, art or whatever the case is. But dialogue brings us together. Is there is anything that we’ve learned in the last year, more than anything else is that we need each other.”

Honored for her commitment to sustainability and ethical design, Hearst spoke of her built-to-last philosophy via video: “It’s important to come to the realization that everything that is surrounding us has been given to us by this earth.”

After the program, Karan spoke of what the event means for the future. “There’s a consciousness that people are going to start thinking that it’s not the way it was, it’s the way it’s going to be. It’s a new thought process. It’s starting out and we’re a little here and a little there. Thank god for Parsons. They’re recreating a new creation by coming together. That’s what I saw [tonight] and that’s the most beautiful part of it.”

More than half the crowd appeared to agree with that sentiment, lingering for the post-event hangout instead of heading for the exit. Those who did make an early departure did so to the sound of fireworks, albeit ones they couldn’t yet see.